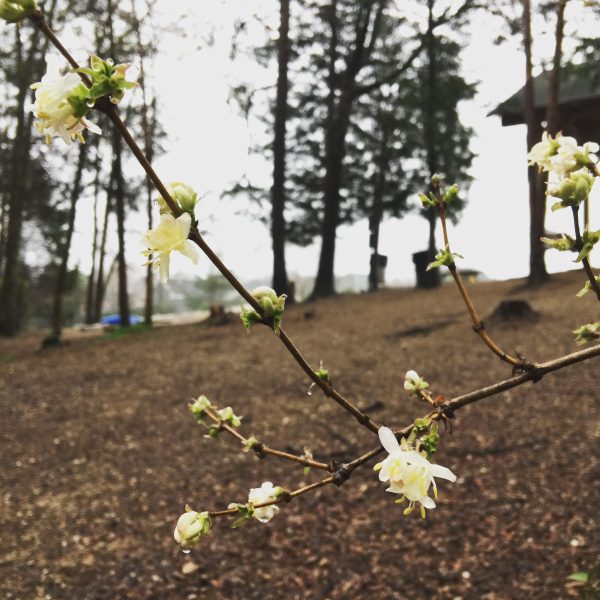 It has been well established on this blog that my family is not particularly frugal. While we have tried hard, we tend to fail at the “a millionaire is made $10 at a time” adage. We spend little bits here and there, which add up to big bits by the end of the month.

But it doesn’t matter. Here’s why.

We’ve already made one-time decisions long ago that have locked us in to spending less, sometimes way less, than we have, and because of that, we are saving and investing at an impressive rate (around 40% of our income, although that will increase this year now that I’m working).

Because I know that I like to spend money, and honestly don’t have a huge amount of self control in that area, I’ve learned that I have to trick myself in order to keep my money away from myself. And the crazy part is, it’s worked!

Here are the six tricks my family uses to spend less:

Many years ago, I figured out that the very best way to decrease our taxable income while also investing tax-free was to max out my husband’s 401k. So, I started small (I say I because I am the investor in our family and made these decisions). I began saving 7% of his salary, then increased that amount each year as he got a raise. Because he’s a high salary earner, it only took a few years to max out. I document that entire process here.

When I got my full-time job in August, I debated if I should max out my own 403b (the 401k equivalent at my non-profit private school). After all, my teaching salary is quite low and I wouldn’t have very much left over after I maxed out. However, in the end, I couldn’t turn down the tax benefits or the tax free savings, so I chose to max it out as well. Now, even if we end up spending most of my all of my salary on home improvement projects, I don’t feel too bad since we’re saving $38,000 alone in our retirement accounts.

We Take Out 15 Year Mortgages

Here’s the thing about a fifteen year mortgage. It will be paid off in fifteen years. That means that while more of our income goes to paying off the principal of a mortgage with only a 4% interest rate, we have paid off our principal so much faster than we would with a thirty year mortgage.

We’ve already paid off one fifteen year mortgage in our lifetimes. That is the mortgage for our apartment in Chile, which we took out in the year 2004, when I was just 24. Fifteen years later (actually a little faster than that since we paid it off ahead of schedule), we own our apartment outright.

By taking out a fifteen year mortgage, we forced ourselves to:

It’s been a forced-savings program for us for the past eight years.

We Buy Our Cars with Cash

It takes a long time for us to save up enough cash to buy a car outright. And do you know that we’ve never been tempted to trade $60,000 of our hard-earned dollars for a car?

Because we pay for our cars with cash, we look for cars that are a good value. They’re usually high-mileage cars that are several years old. You’d be surprised how much these cars come down in value after six or seven years on the road.

Most people have no idea how old your car is, especially if you take care of it. Car makers don’t change the body styles of cars all too often, because it’s an expensive endeavor, so you can drive a car that’s several years old, and no one has any idea how old or how many miles it has.

But, we’ve bought many nice cars that have held up well for less than $15,000. And while it’s still not super fun to hand someone a check for $15,000, it’s certainly less difficult than handing over four times that amount for an item that will lose that value in a number of years.

Again, because we buy our cars with cash, we buy less car than we would otherwise, therefore keeping our spending low.

We Budget a Month Ahead

We have used YNAB to budget for the past several years, and we were finally able, a year and a half ago, to save up and put aside one month’s salary. Now, when we budget, we use the previous month’s salary to pay for the current month’s expenses.

For example, last month, in October, we set our monthly budget using the salary Mr. ThreeYear earned in September (we don’t budget my earnings–they just go into our Savings category). When October 1st rolled around, we had those dollars sitting in our “To Be Budgeted” category, and I designated how much went into each budget category (for example, Mortgage, Groceries, Eating Out, Electricity). If we overspend in a particular month (which happens frequently, unfortunately) we pull from our Savings category, rather than our “To Be Budgeted” category.

It’s another artificial stricture that we’ve put in place to control our spending. Because it’s painful to pull from Savings to cover over-spending, we over-spend less than we would otherwise.

We Fully Fund Our HSA

Our family didn’t have an HSA health care plan until just last year, but when we were offered the option to pick a high deductible health care plan and additionally save $7000 tax free dollars to use on medical expenses, we did. In addition to being tax exempt, the dollars are also allowed to grow tax free and you can pull them out tax free, to use for qualified medical expenses.

That money is taken out of Mr. ThreeYear’s paycheck so we don’t miss it. But, we do enjoy watching our HSA balance grow, month-by-month.

We Bank Our Raises

This strategy works only when you’ve got fixed expenses, and don’t need your raise to fund your lifestyle.

While we’ve occasionally had to adjust our spending levels (when we moved to North Carolina and got a much bigger mortgage, for example), we generally return to a fixed spending level after living in a house or a place for a couple of years, and can then send the raise directly to investments. When Mr. ThreeYear got his raise in April of this year, for example, I calculated by how much his paycheck would increase and then set up an automatic investment directly to our taxable investments.

Here’s the brilliance behind this strategy: the first year, you may not feel like you’re saving very much, but once you have two or three raises under your belt, you may be saving a hundred, two hundred, or even several hundred dollars extra per month, depending on the amount of your raise.

If you get in the habit of saving this money and not adjusting your living expenses around it, then in a few years, you will have saved thousands or tens of thousands of dollars this way, and kept your spending levels flat.

Don’t get me wrong–we still overspend. We still make bad buying decisions that we later regret. We still eat out too much. But by automating a couple of key purchases, we spend a lot less in key areas, like home and cars, which ultimately means we’re saving more than we’re spending. Those ways we trick ourselves into spending less translate into the feeling that we have less income than we actually do, which is handy for training ourselves to save.

What are the ways you trick yourself into saving $$$?

3 thoughts on “6 Ways I Trick Myself Into Spending Less”