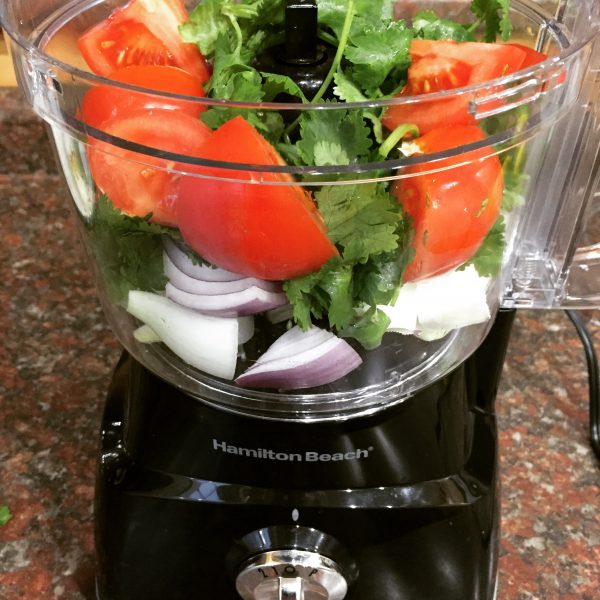 So how’s it going?

It’s been approximately eight months since we transitioned to a plant-based lifestyle, meaning we mainly eat veggies, fruits, and grains (lots of grains to keep full) and rarely or ever eat meat, cheese, or other dairy products. I say rarely because I have occasionally eaten ceviche and cheese, and my boys eat meat as often as they can, which is usually when we go out to eat.

How has the transition gone, and have we noticed any benefits or any negatives to this lifestyle?

Changing the Way We Eat

At first, everyone in the family was really resistant to eating plant-based, especially after we’d been doing it for awhile and the novelty wore off. So I found that buying meat replacements like Beyond Meat products or Impossible Burgers made eating plant-based a lot more palatable for the kids.

Also, we occasionally bought cheese, although way less than we used to. And I found that in those first few months, we ate a lot of cheese and veggie pizza. Definitely not 100% vegan or anything. Also, the kids did (and still do) drink about a gallon or so of milk per week. They love milk, so I have kept buying it, even though I am trying to slowly wean them off of it.

Still, most of the food we ate through our transition as a family was plant based, and the kids never complained about the chicken-less tenders or the plant-based sausage. In fact, they could no longer tell if something was meat or a vegan substitute (they also don’t have the most refined palates).

Although Little ThreeYear told several classmates and teachers that eating meat was bad (oh dear), neither boy latched on to being plant-based as an identity. It was like, “when are we going to get steak Mom?”

I have transitioned to what’s known as a high-carb, low fat diet, popularized by Dr. McDougall. I usually get very weird looks when I tell people I eat like this, because saying you eat “high carb” for weight loss isn’t typically done. But I like it, and I’m slowly losing weight this way, mainly slowly because I still eat potato chips and drink wine, and that slows me down. But the high-carb part is for satiety, and I am truly never hungry (or if I am, I go eat a bunch of food). The low-fat part of the diet keeps your calories down. Below I’ve posted a few pictures of typical meals I eat.

The “Why” Behind My Diet

I originally started eating this way because I read How Not to Die, a book that collections peer-reviewed scientific studies on the benefits of a plant-based diet, specifically on the top-ten killers in the US (heart disease, stroke, cancer, etc.).

But I feel like the reason I have continued to eat this way is because of how good I feel.

My body likes eating this way. I have a lot more energy, I feel less depressed, and I feel less sluggish and lethargic.

I managed an extremely stressful winter and spring with more grace and patience than I believe I would have if I had continued to eat my standard American diet. That is obviously conjecture and I have no hard evidence to support that claim, but in general, eating plant-based makes me feel better.

Are there any negatives to eating this way? Sure–life isn’t perfect! I think one of the biggest negatives is that people freak out when they invite you over. Like, “ahh, I have to feed them some special meal!” I’m not always good at this, but I need to remind people, “throw a couple of extra baked potatoes in the oven and we’re good!” Sometimes people make us a special meal and it has cheese, so we say “thank you” and eat it. We could say “no” but we’d rather just be gracious and eat a little cheese and be done with it. We try to bring a bunch of food when we go over to someone’s house so we’ll have something to eat as well, like pasta salad or a big vegan antipasto tray (I’ve gotten so good at making those!).

Also, eating out can be hard. I recently went to a Mexican restaurant in the deep South with my parents and every entree had meat, meat, and more meat. And cheese. And the rice was cooked with butter. But I did end up ordering a really good salad with mangos and avocados, and some guac. There’s almost always something on the menu.

My kids and Mr. ThreeYear occasionally complain, but it usually comes down to me not having enough “treat” meals, almost all of which can be frozen. So I’ve learned to have burgers or sausages and french fries in the freezer at all times. They’re not my preferred foods to eat but the rest of my family wants to eat stuff like that for dinner sometimes and if it keeps them happy, then I’m happy too (plus, I mean, hypocritically, if you saw my intake of tortilla and/or potato chips, especially around 4pm… working on that…).

I detailed in this post how much it costs to eat whole-food plant-based. It can be pretty inexpensive, especially if you cook with dried beans, pasta, and rice, eat fruits and veggies in season, and rarely buy vegan “meats” like Beyond Burger. Of course, it takes a while to transition your pantry over to vegan staples like nutritional yeast, flaxseed, and tahini, but once you do that, you don’t need to spend big bucks on any one ingredient (like we used to do with meat). Here’s a video I just watched on someone who kept her meals to $5 per day eating what looked to be a pretty delicious menu.

One benefit of plant-based that I have loved is having more time to eat my ingredients. I find that I have less food waste because we eat way more vegetables, so we tend to eat them faster. If we don’t, they tend to last longer, so we have more time to prepare everything (I have some beets that have been in the fridge for a while, like over a month, and they’re still hanging out waiting for me to throw them in the pressure cooker!).

And, not gonna lie, you have to cook more. But you don’t have to cook in a complicated way. I usually make a big CrockPot of chili once a week, boil a bunch of potatoes, and meal prep that way, so that if I’m tired at the end of a long school day (which is frequently the case), I can put together dinner quickly.

What has been more expensive for us, and I really think it also coincides with “Back-to-Reality” after Covid and the arrival of summer, is eating out. We have spent sooooooooooooooo much money eating out in the past few months.

But you don’t have to do this. If you plan and meal prep (and don’t drive back and forth to the beach as much as we have), it’s actually easier to eat at home.

Alright, that’s what’s in our bellies. What about yours?