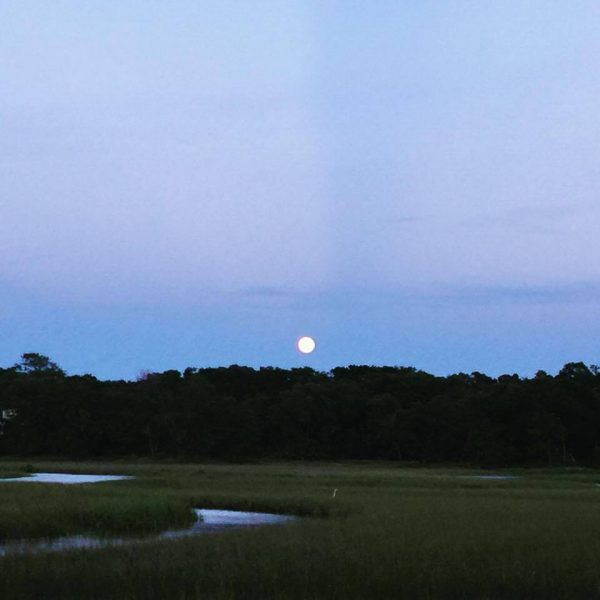 Ten years ago, in 2009, we had just started getting paying off our $38,000 in debt and had very little savings to speak of. We had a 30-year home mortgage on our house in Atlanta, and because we’d only put 5% down and the market tanked so bad, we had negative equity in it.

I thought we’d never get our debt paid off, but we finally did, in December of 2009. For awhile, we were only focused on building up an emergency fund, and didn’t think about our net worth at all.

But once we found the FIRE community and began to learn more about personal finance, we wanted to grow our net worth and become financially free.

Here’s what we did to stack our financial wins and grow our net worth to the level it is now.

The Base: Pay Off Consumer Debt

It took us 18 months to pay off our consumer debt, which I detail here and here, but we finally did it. We paid off our credit cards, a car loan, and a personal loan.

I think about the start to our net worth journey in 2010, when we moved to New Hampshire, although it started earlier than that.

Since we started working in the United States in 2004, we had saved a percentage of our pay in our retirement accounts.

When Mr. ThreeYear got a job in New Hampshire, we had to sell our house in Atlanta and move. Unfortunately, it was a terrible time to sell, and we had to sell for much less than we bought the house for.

Fortunately, Mr. ThreeYear’s company gave him a moving package that included paying the difference between what the house sold for and what we owed on it, so instead of having to pay money at closing, we were able to walk away with nothing.

It’s hard to walk away from a house you’ve lived in for four years, put thousands of dollars of work into, and put a large downpayment into, with $0 to show for that time.

It’s hard psychologically and it’s hard financially. I had used money that I’d saved up since college to make a down payment on the house. That money “vanished” with the sale of the house.

But once we sold the house, we were almost completely debt free (I say almost because we still had a mortgage on our apartment in Chile), and when I added up our assets, we had a positive net worth.

We had the money we had saved in our IRAs. We had a little cash. We had money in Junior ThreeYear’s college fund (Little ThreeYear wasn’t born yet), and we had equity in our apartment in Chile. When I added it all up, we had somewhere around $90,000 in net worth.

After working so hard to climb out of debt and selling our house at a loss, it felt so good to be in positive net worth territory.

We had followed the Dave Ramsey plan to pay off our debt, but when we got to step 3, the fully-funded emergency account, which was the same time we moved to New Hampshire, we diverged from his advice (it took us years to get our emergency account fully funded).

That was also when I discovered Mr. Money Mustache and began to focus more on investing than following the baby steps.

By this point, we’d been living in New Hampshire for two years. We had been renting a house and were saving up a downpayment to buy our next house (since we’d lost all equity in our former house).

Since we were now debt free and renting, we were able to save money each month for our downpayment fund. We also used Mr. ThreeYear’s end-of-the-year bonus.

After two years, we’d saved enough that we had a ten percent downpayment (we had a second mortgage on the remaining ten percent). We found a short sale house and put an offer in, which took several months to be accepted. We took out a fifteen year mortgage, so that we could save up equity a lot faster than with a thirty year mortgage.

We decided to buy a house with ten, rather than twenty, percent down because we were impatient. The second mortgage had a high interest rate, 6.75%, but we had a plan to pay it off aggressively. Don’t be impatient when buying a house, like me. It makes so much more sense to wait and save up the full down payment. But one of the themes of this blog is that you can make a lot of mediocre money choices and still come out ahead, so here’s one of ours.

I’m so glad that we took out a fifteen year mortgage on the house, though. We had so much more equity in our home when we sold it than we would have with a thirty year mortgage. It meant that we weren’t able to buy a house that was as expensive, because the payments would have been too high, too. One of the reasons fifteen year mortgages are great is that they mentally force you to spend less on a house.

This stack grew our net worth by over $1,000 per month, versus less than $500 for a thirty year mortgage.

It may be surprising that we didn’t max out Mr. ThreeYear’s 401K until just a few years ago, but we did not. That old adage about saving early has really helped us here, though. Although he didn’t max it out until four years ago, Mr. ThreeYear has been regularly saving in his 401K since the beginning of his work history in the US, in 2004. The only time he stopped was when we were saving up for a house downpayment, in 2011. Even when we were getting out of debt we kept saving the minimum in his 401K that he needed to get a match.

By the way, automating our savings by having it deducted from his paycheck is one of the best ways we have found to trick ourselves into saving more. We never see the money so it doesn’t feel like we’re saving a ton or denying ourselves.

Our net worth has grown the most because of maxing out his 401K, and eventually, setting up an i401K for me when I began working.

You can read all about how we finally fully funded the emergency fund here.

While this stack didn’t radically increase our net worth, it’s given us stability and a larger cash flow, should we need to use it for big, unexpected projects like a new roof. Because we can pay with cash, we don’t need to finance anything and can save payments and interest, instead paying ourselves back, interest free.

Stack 4: Get a Month Ahead in Our Budget

For years, I’d read about how getting a month ahead in your budget was such a great way to budget. People get a month ahead by saving up a month’s income, then living on those savings for the month. Meanwhile, they bank their paychecks for that month, and then use those paychecks when the following month rolls around. That way, you’re living on last month’s income. This strategy works particularly well for people with variable or irregular incomes, because you know exactly how much you have to live on, since the money’s been sitting in your account for a whole month.

We didn’t get a month ahead in our budget until last July, when we moved to North Carolina. I had never prioritized this goal until then. The way we did it was we had a “free” month when we bought our new house where we didn’t have a mortgage, so we saved the money we would have used to pay the mortgage, along with taking several thousand dollars of home equity from the house we just sold to give ourselves a smaller budget for the month of August (it was less than our normal take-home pay, but it was enough to cover all of our normal expenses for August).

We have been a month ahead now for eight budgets, and it has been such an incredible feeling of control in our budgeting. We know exactly how much we have to spend and we cannot go over this amount or risk dipping into our savings.

Again, this stack has given us more stability, more money in our checking account, and more room to save more each month to add to our emergency fund or add to our taxable account.

Our most recent stack has been to switch to an HSA health insurance and fully fund our HSA.

We actually couldn’t save in an HSA until now, because 2019 is the first year Mr. ThreeYear’s employer offered the option.

While we’ve had some tough adjustments, which I’ll write about soon, overall, it’s great to know that the money that we don’t spend in this account will contribute to our retirement funds.

When I signed up for the account in November, I was hesitant to fully fund the account ($6,500 in our contributions, with $500 in matching contributions from the company). I knew that it would reduce our take-home pay.

However, the financial nerd in me knew that the right decision was to max that sucker out, so I did. Our take home pay ended up being only $62.56 less per pay period than it was before, but we’re saving $250 in tax free dollars per pay period.

While we haven’t quite decided what our next stack is going to be, we do know that all of the financial sacrifices we’ve made in the past have contributed, bit by bit, to the large net worth we are currently growing. No decision or step alone could have gotten us here. Instead, it’s been the steady, slow process of adding one good financial decision on top of another.

Getting to financial independence has been a marathon journey for our family. We haven’t sprinted for any part of it, even our debt payoff. We’ve made a lot of mistakes and bad decisions. But our steady, slow, bull-headed insistence on getting better with our money has, over a decade, added up to the sound financial place we’re in now.

Has your financial journey felt more like a sprint or a distance run?