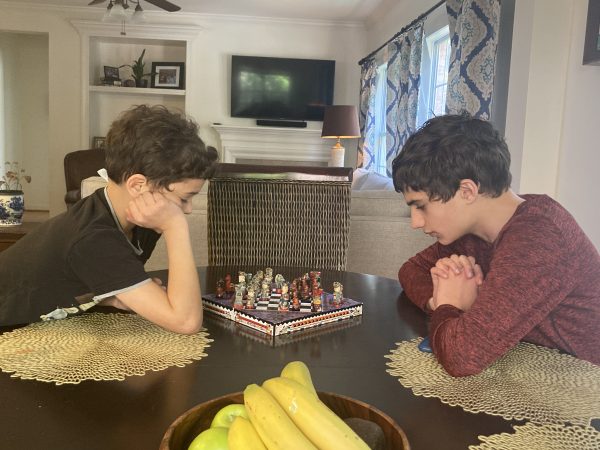 Hello! I am not dead, as I hope you’ll be glad to hear. I’ve been overwhelmingly busy this spring with school (which coincides with students going back full time and my mornings no longer being quite as flexible to blog).

This post is a follow up to my post Why We Put Our Kids in Private School. In it, I detailed our decision to put our kids in an expensive private school (where I worked) and outlined our thought process to get there.

If you had asked me five years ago whether or not I would put our kids in private school, I would have laughed in your face. Then again, my ability to imagine a global pandemic was limited. If this past year has taught me anything, it’s that we have to make the best decisions we can, in real time, given the unique set of circumstances we face.

We chose to put both boys in private school for this school year and they had an incredible year. Truly, it was magical.

Now, let’s talk about next year.

As magical as the year was for the boys, it was often not-magical for me. At the private school where the boys attended and I taught, we have had some administrative troubles, to put it mildly. Teachers bore the brunt of every decision made last year, and on top of that, we faced the wrath of angry, stressed parents. Instead of protecting us from unreasonable parent requests, as administration is supposed to do, they gave in to almost every ridiculous parental request. For example, “you don’t want your child to take Spanish this year, the only foreign language we offer at this school? No problem! She can opt out of classes and have a French tutor. It doesn’t matter that she’s in seventh grade and has to take Spanish to graduate.” Yes, that really happened. And, trigger alert, this one happened too: “You are not allowed to teach using the phrase ‘Black Lives Matter’ because it’s a politically charged phrase right now.” Yes, I was really told that, at the beginning of the year, and subsequently reprimanded because I taught a lesson on our different skin colors (“not an appropriate topic for middle schoolers”). Um, what?

I live in North Carolina, folks. It has never been as apparent as this year.

I cannot, in one short blog post, describe the moral agony that these conversations put me through. I can only say that they helped me understand, in a very very small way, the daily agony of racism to which people of color in this country are subjected.

And please understand, those conversations do not reflect the majority of parents or teachers at the school. The school is a liberal, progressive, school-in-the-woods place. Which made those conversations and decisions even more difficult, because I was so shocked that any parents of my students would feel that way.

On top of that, I was passing over basically all of my paycheck for my kids to attend school there. Between my extra withholding for higher taxes and my kids’ tuition, I was left with a very small amount of money for a tremendously difficult job.

So, in April, when a former colleague reached out to me about a job opening at a nearby charter school, I decided to learn more (I explained, in my previous post, how we tried to get the kids into charter schools via the lottery, but didn’t succeed).

The school in question is a top-ranked charter school five minutes’ drive from the private school where I currently work. It’s a K-12 school and much larger than the private school. It has a beautiful campus, a STEM building, a performing arts building, and great students. More importantly, if you teach there, your kids are guaranteed a place at the school, which is a tuition-free alternative to local public schools.

Still, my kids loved the private school so much that I agonized over whether to interview. But when I met with my current boss, he made the decision easy. Without asking me, he had decided that for the coming year, I would no longer teach 12th grade (he gave that grade to the English teacher who doesn’t even speak Spanish fluently) and instead, would teach yearbook. The previous teacher who oversaw the yearbook was leaving and that teacher informed me they had paid him $5,000 per year in stipend for the yearbook. My boss told me I’d be paid nothing. Oh, and one of the benefits that I was hired under was being eliminated-after you work at the school for five years, you will no longer pay tuition for your kids. But that would no longer apply for me, even though I had been hired under those rules.

After that, the decision was easy. I interviewed with all I had and fortunately, was offered the job at the charter school. During the interview, I asked if I was allowed to teach about diversity and inclusion, and not only was the answer “yes,” the school has a DEI (Diversity, Equity, and Inclusion) program that encourages teachers to teach at least one lesson per month on DEI topics.

Telling the kids they had to change schools again was not easy. They yelled, and screamed, and cried. They complained. Mr. ThreeYear and I arranged a tour for them to see the new school and that helped a lot. We also promised them birthday parties where they could invite all of their classmates from their old school and that helped, too.

One of the other major reasons I took the new job was financial. We had always planned that we would have to pay tuition for four years (because the first year I worked at the school the boys didn’t attend) and when my boss told me that benefit was being eliminated, I was furious (he subsequently made the decision NOT to eliminate that benefit, given how angry teachers were). Additionally, tuition at the school has increased for the coming year, so even more of my meager paycheck would go towards tuition.

This year we have felt the effects of the tuition payments. I was maxing out my 403b before the kids joined the school, and now, that money went to the school, and not my retirement account. I also had to increase the amount of my tax withholding because I wasn’t shielding so much of my income from taxes. So I received about $1,000 less per month. Pair that with our higher 10-year mortgage payment, and money really felt tight. It was not a good feeling.

In North Carolina, in addition to institutional racism, teachers are also paid poorly (we’re in the bottom half of the country), so I make less money than other teacher bloggers who are working their way up to six figures. Let’s just say that I currently, after fighting for pay increases for several years, with a Master’s Degree and five years’ teaching experience, make LESS than a starting teacher with a bachelor’s degree +30 hours would in New Hampshire. And obviously way less than a starting teacher with a Master’s Degree.

Despite those negatives, we love living here. We have an incredible group of friends, family close by, the beach close by, and awesome weather.

And next year, I will be teaching at a school that values diversity and inclusion education. I will not pay private school tuition. I will not be the unpaid yearbook advisor.

I’m going to be teaching Personal Finance, IN SPANISH! If I could write my dream job….

So that’s what’s up with me and mine, folks. How has the spring and summer been treating you? Let me know!

One thought on “Our Kids’ School: Next Year”