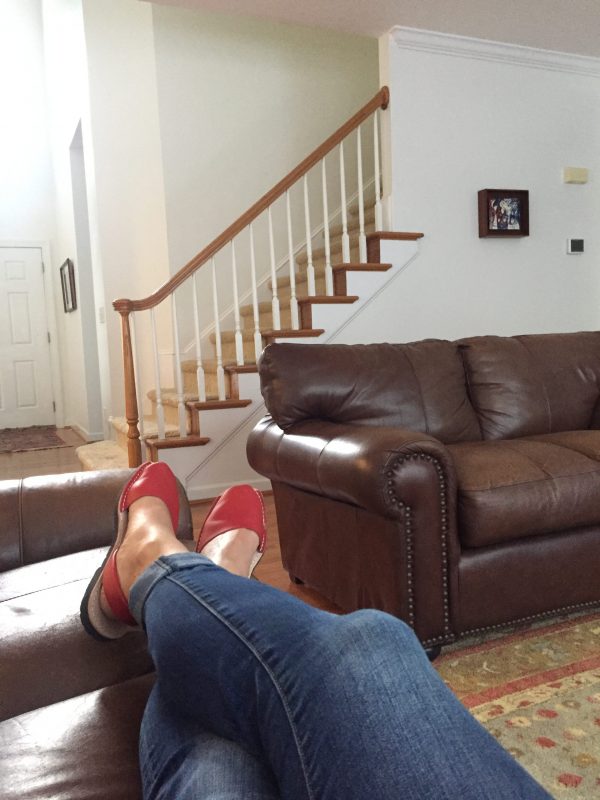 Life is short. Do not forget about the most important things in our life, living for other people and doing good for them.

Life is short. I was reminded of that yesterday when I heard the news that yet another friend’s sister entered Hospice. I’ll spare you the details, because it’s a heart wrenching story. They all are.

It wasn’t that long ago that I hugged my friend Pam, both of us sobbing, as we absorbed the news that her sister had three days to live.

Life is short. Eff it. Buy the car, I hear people say. Sometimes death feels like it’s all around, especially with the advent of social media. I’ve watched more distant friends, their spouses and children, suffer cancer, car accidents, the loss of babies. I’ve watched the intimate details of people I was sort-of close to once upon a time live unimaginable, heart-wrenching things. It’s gotten so bad at times that I’ve had to step away from social media and shut it all out. The worst part of so much heartache is that it reminds you that it could happen to you, that you or one of your people could get sick, get in an accident. Reminds you that you, too, are vencible, as Junior ThreeYear likes to say (“That should be a word, right, Mom?”).

If we don’t ever know how long we’ve got on this beautiful planet, why even bother saving for the future? Thinking about the future? Sacrificing now for a better tomorrow? 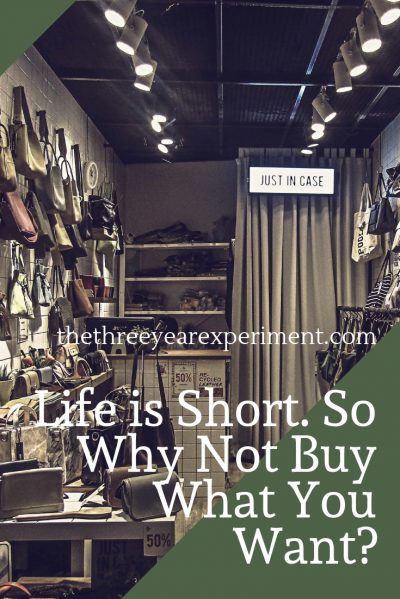 Here’s why. Because the car doesn’t bring you happiness.

It’s precisely because life is short that we should adopt the self-discipline of saving and investing. The less we need to live on, the more we have in the bank, the more freedom we have. The more choices we have.

There’s nothing quite like death or the threat of it to bring our priorities into stark relief.

I sat with my friend Ana the other day as she shared her troubles with me. “I’m so depressed,” she told me, “this winter has been so hard.” She’s lonely, because winter is a time of isolation in New England. If you work full time, and don’t participate in winter sports, you can find yourself isolated all winter long–six or seven endless months–with no one to talk to. People are inside a lot, and there’s not a culture of pot lucks or Supper Clubs in this area.

Ana lost her mother several months ago, and she realized that she’s been missing the most important thing, her family, this winter. They’re far away in Colombia and she and her immediate family are here. She wants nothing more than to be able to be with them now. She wants the freedom of choice.

It’s easy to justify our temporal urges with YOLO or FOMO. And in some cases, taking the trip or traveling the world for a year after college are good decisions. But if those decisions by our present selves mean that our future selves are going to suffer, “Let’s just put the honeymoon to Tahiti on the credit card because, YOLO!” or ,”I’m going to buy the Lamborghini. Life is short! Who cares that I’ll have to work two extra years into retirement to pay for it?”  then we’re allowing the emotions of the moment to interfere with our long-term planning.

Oftentimes, these decisions can be the affect heuristic at work. A heuristic is a mental shortcut we use to make judgements or decisions more quickly. Most of the time, this allows us to use less mental energy to make pretty good decisions. But sometimes, it leads people to cognitive biases that can significantly impair their ability to make rational decisions.

For example, we estimate the probability of something happening or being true based on its availability in our brain–the availability heuristic. “What’s the most common American last name that begins with L,” you might ask someone, and they’d be convinced it’s Lane because that’s the first name they think of (it’s actually Lewis). People think the probability of being eaten by a shark is high, because shark attacks are highly publicized and easily recalled by the brain, but in actuality, our likelihood of being eaten by a shark is infinitesimally small–much smaller than the likelihood of us falling out of a plane, in fact, or something else equally ridiculous.

The affect heuristic is our tendency to judge benefits or risks based on our feelings in the moment. It’s why you might suddenly decide to marry the man you met last week if he tells you he’s been drafted into the army, regardless of how well you like him. You hear your friend has cancer, and you decide, “That’s it. I’m buying the car.” The emotions of the moment are so great (good or bad) that you overestimate the benefit of getting married or underestimate the risk of making a large purchase on credit.

It’s About One Thing

The older I get, and the more experiences I live through, the more I realize that it’s all about people. Without a doubt, the best decisions I’ve made involve trading short-term and fleeting happiness over buying a thing (a car, a bigger house) for giving myself more time and experiences with the people I love.

Paying off our debt meant I didn’t have to get a full-time job and could continue to be a stay-at-home-mom for my kids. It meant Mr. ThreeYear didn’t come home stressed and worried at night, and could be present for the boys.

Not buying a nicer car meant that we had more money in savings, and therefore more peace of mind. Buying less house than we could afford with a fifteen year mortgage has given us more equity built up, more security, more peace.

It took us a while to get our priorities straight, and we still struggle. But the absolute best decisions we make about money involve ones that give us more opportunity to be together, to do things as a family.

It’s why we’ve realized that our three year experiment is so important. It will give us the freedom to travel as an immediate family, but it will also give us the opportunity to be closer to our larger families. We’ll have the freedom and flexibility to choose where we live, instead of having to live where a job takes us.

I feel exactly the same driving my Honda Accord with Bubble Guppies stickers on the side. My kids are equally safe. It is a paid-for car, and it’s never broken down on me. Maybe one day down the road we’ll buy another BMW. But it won’t be an emotional decision for the wrong reasons. I won’t give up future freedom with the people I love so that I can look cooler, richer, or sportier. Because the people I love don’t care about that stuff. They just care about being with me.

Life is short. It’s too short to trade a minute of unnecessary time working to pay off something that in the end, won’t bring you more than fleeting happiness. It’s too short to waste one dollar on crap that you’ll dump in a box for Goodwill in ten years.

So if you feel yourself saying, “life is short” anytime soon, take a minute. Pause and think about your motivations. Are you buying something that’s going to give you more time with the people you love, or less? More freedom, or more debt to pay back?

Because life is short.

39 thoughts on “Life Is Short. So Why Not Buy What You Want?”