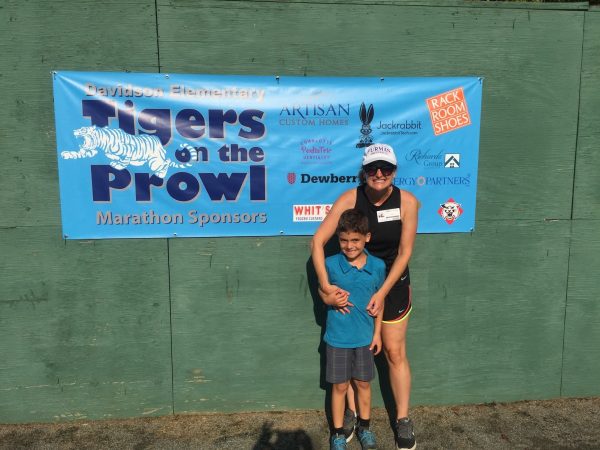 Earlier in the school year, Little ThreeYear was really struggling. He has some learning issues, and moving to a new school almost put his brain on overload. The problem was, he couldn’t focus on anything, so he focused on absolutely nothing, and refused to do his work.

During those difficult few weeks, I wrote these words.

You want to do anything you can, anything, to lesson their struggles. Even though I know that some struggles are good for a child, I’ve watched my son’s square peg be wedged into school’s round hole for ages now, and it hurts. It hurts to watch him cry out, “I hate school! I hate everything about it!” It hurts to know that he’s just not happy and will never be happy being forced to sit and do endless math problems in order to prepare himself for state mandated testing.

Another part of me knows that there are things in this world that you just have to suck it up and do, and school is one of them. Yes, it’s hard and purposefully dull and boring, to prepare you for employment. I hated parts of school even though I was an excellent student, Mr. ThreeYear hated school (and wasn’t an excellent student). We both made it out okay.

But on the other hand, a small voice inside me keeps asking, “but wouldn’t he thrive in an alternative environment, like a Montessori school?” Junior ThreeYear is a maker. He builds and plans buildings, Lego sets, paper dolls, forts, comic book series. He can focus for hours on a project involving any of those things. But he completely tunes out his teacher and stares off into space during math, to the point where he struggles to complete a few problems. It drives his teachers crazy. I understand; I’m a teacher. I also know he’s not doing it on purpose. He just isn’t interested and can’t make his mind focus.

He has counseling, he has meds, he has OT tools. None of it is working.

So now what? What do we do now? Private school is not in our FI plan. It’s expensive. Can we afford it? Yes. Should we afford it? That’s the nail-biting question. I don’t know. We go back and forth, “this would be an amazing experience.” “What if he doesn’t do well here either? What a waste of money.” “You and I sucked it up and got through it.” “Will he be prepared for high school?” “Will we be able to save enough for college?” “I’ll have to go back to work earlier than I wanted.”

Shortly after I wrote this panic-stricken missive, I sat down with his teacher, the vice-principal, and a wonderful counselor who’s been at the school for 30 years. The counselor introduced a small little “tweak” in Little ThreeYear’s day that has produced a dramatic turnaround in his productivity.