Sometimes it takes the perspective of time before we’re able to see situations for what they really are.

Recently, I had some insight into my job negotiations last year and I realized why women can have such a hard time negotiating for pay.

Last year, I started a new part-time gig as an ESOL Teacher for a school district in the next town over (an ESOL Teacher is a Teacher for Speakers of Other Languages, also known as an ESL Teacher). I applied for the job because my hours at my first district are quite low, and this district was very close to my house. I suspected the district was fairly desperate for a teacher.

The interview went great, and the superintendent who was interviewing me essentially offered me the job halfway through the interview. Despite this, when it was time to talk dollars, though,  I wrestled with myself a bit before telling her my hourly rate. 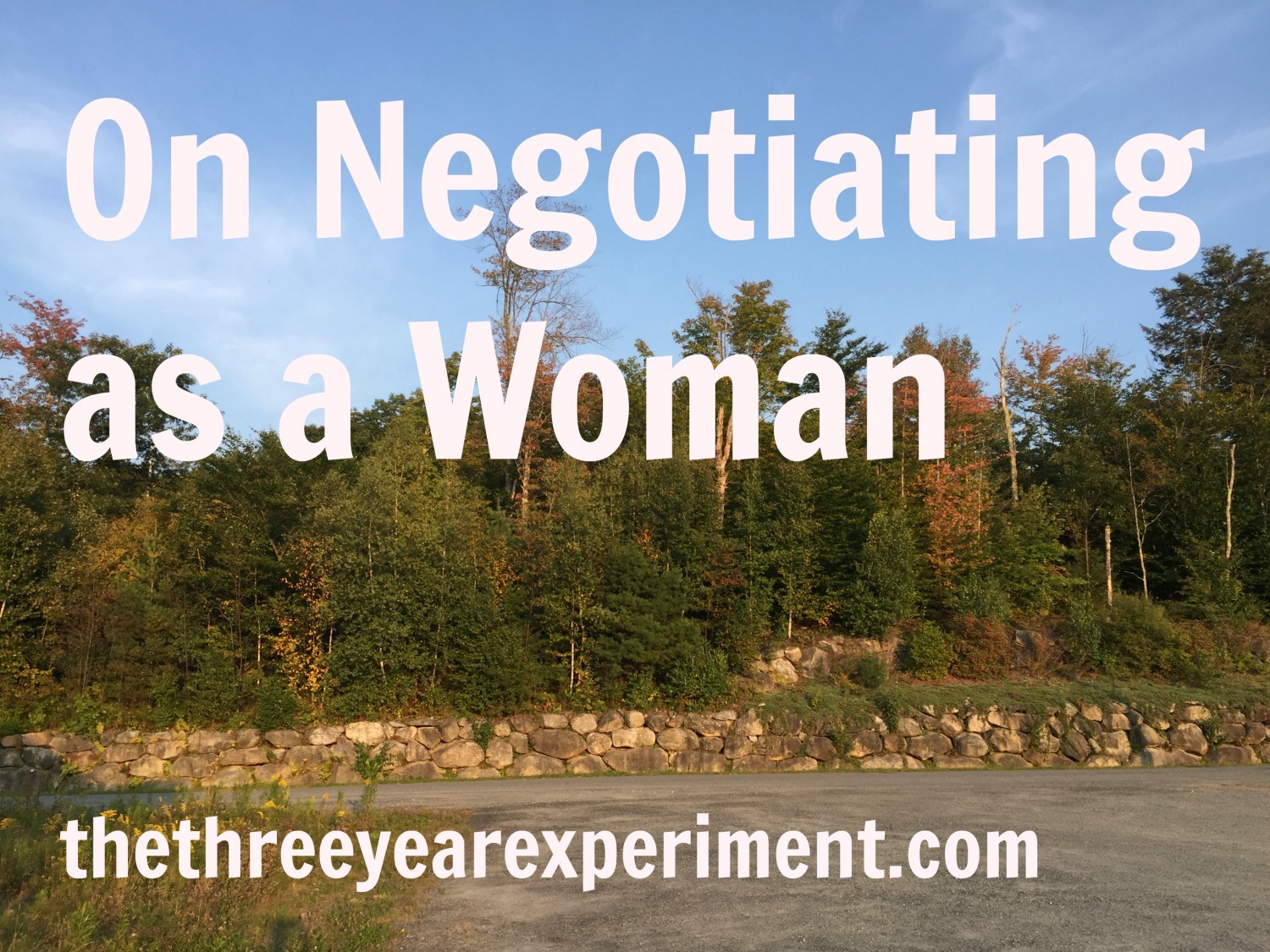 There were a couple of reasons for this.

One is, I’m new to being paid hourly. As a contractor, my hourly rate is higher than my salaried wage. This is because I’m not fully compensated for all my prep time for my classes. I’m not paid for miles, insurance, retirement, or any other benefits. If a child doesn’t show up for class, I’m not paid. The school district doesn’t have to pay half of my Social Security wages, which is a full 6.2% of my earnings they would pay if I were a W-2 employee. When I started working as an ESOL Teacher, the hourly rate felt high to me and I had no experience in the field, so no one to ask.

But over time, I’ve realized that my hourly rate isn’t as high as I thought. At the end of the year last year (2016), my first full year as a contracted worker, I realized that I made somewhat less per year than I did as a salaried worker. This is because I worked 15 hours per week instead of 25, and didn’t work summers.

Since I’m paid and compensated hourly, it was difficult for me to know exactly how much I’d make as a contractor until the year was up. I often don’t know exactly when I’ll work because of testing, field trips, and holidays. I can estimate, but it’s just that–an estimate.

However, when I was negotiating with this school district, I was still wrestling with the “large amount” of money I made per hour. So when the superintendent looked at me and asked my rate, I had an internal struggle. I don’t know if she could see it on my face. I finally told her my rate, but rounded down to the dollar below.