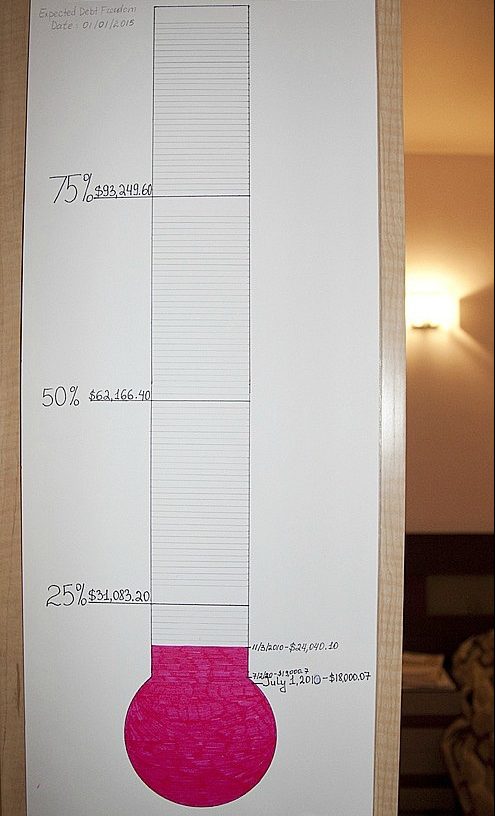 When I saw a note on a forum about a new series featuring young families getting out of debt, I smiled. Our family has definitely achieved the former, but I don’t think we qualify for the latter at this point. After all, I’m almost 40, Mr. ThreeYear is a ripe old 45, and our kids are no longer so young. At 11 and 8, they definitely qualify for the middle-elementary category.

However, I think our story has a lot to teach young families with debt to pay off. After all, we started our debt payoff in a typical fashion, by following Dave Ramsey’s baby steps. But we took more debt on, after we’d paid off our original debt, learned how to pay off debt twice, and have somehow still managed to save a large net worth and reach our goals of location independence.

Financial Pilgrimage is a blog about a young family who is also in the process of paying off their debt, including their mortgage. They focus on advice for young families, those who are just getting started, have young kids, or both.

1) Start by telling us about yourself. Please include any details you feel comfortable sharing about your family, job situation, income level, and amount of debt paid.

I’m Laurie and I’ll start by saying that my family is probably a few years past the “young” stage. I’m 39, my husband is 45, and our boys are now 11 and 8. When we started our debt repayment journey, though, we only had one son who was about 18 months old.

Don’t worry, it didn’t take us ten years to pay off all our debt! But we had to learn some lessons twice, so I thought our story would be a great case study for young families.

When we started our debt repayment journey, my husband worked for a Fortune 50 company in marketing, I had just become a stay-at-home mom, and we were adjusting to life as new parents.

It was July 4th, 2008, and my husband had been laid off six months before. It was the middle of the housing crisis, and his company had been hit hard. They laid off thousands of employees.

At first, we were frantic—he’d received a 3-month severance, but what would we do after that? After all, I was no longer working, we had a mortgage, and we now had a young son to support.

Before he’d been laid off, he’d made a good salary—not six figures, but close—and although it had been hard to lose my salary and health care benefits, we had slowly adjusted our spending down, though we couldn’t get rid of our credit card balance.

We were blessed by an old boss who found contract work for him to do. She gave him a job at another company, working 40 hours per week. It even paid more than the first, which was amazing, since we had to shell out over $1,400 per month in health insurance. We were beyond grateful.

Quickly, though, it became apparent that the contract job wasn’t right for him. It involved writing in English, and as he’s Chilean, that was a huge challenge to write persuasively in his second language. He was holding on to the job by a thread.

Yes, it was with that backdrop, on July 4th, that I walked into Barnes & Noble and wandered into the personal finance section. I’d always been interested in investing, but that was the day I picked up Dave Ramsey’s Total Money Makeover for the first time. I sat down and read the first half of the book on the floor of the store, then bought it on my credit card, vowing that this was the last thing I’d put on my credit card that year!

I went home and vomited my newfound enthusiasm for a debt repayment plan all over my husband. He thought it sounded like a good idea, especially because of his precarious employment situation, so we spent the afternoon adding up all our debt, then drawing a thermometer and taping it on to our bathroom mirror.

We also put together our first budget, and painstakingly combed through it to figure out what we didn’t need. We cut our alarm system, the yard man, and our housekeeper.

For the rest of the post, check out Financial Pilgrimage.

One thought on “How We Paid Off Our Debt, Twice: Guest Post on Financial Pilgrimage”