Why does my post title sound like a Nike commercial? Just do it. It’s a kick in the pants, is what it is. As I mentioned in a previous post, I tend to go a bit crazy during the holidays. My extended family was here last week and we ate turkey, played laser tag (even Grandpa!), and enjoyed ourselves immensely. The kids tore the house upside down, much coffee was consumed, and we decorated for Christmas. Eventually, my family left, and we were left with cleanup, the extra turkey and dressing, and a huge disinterest in returning to the routine parts of life that we’re somewhat required to engage in to keep the paychecks coming. 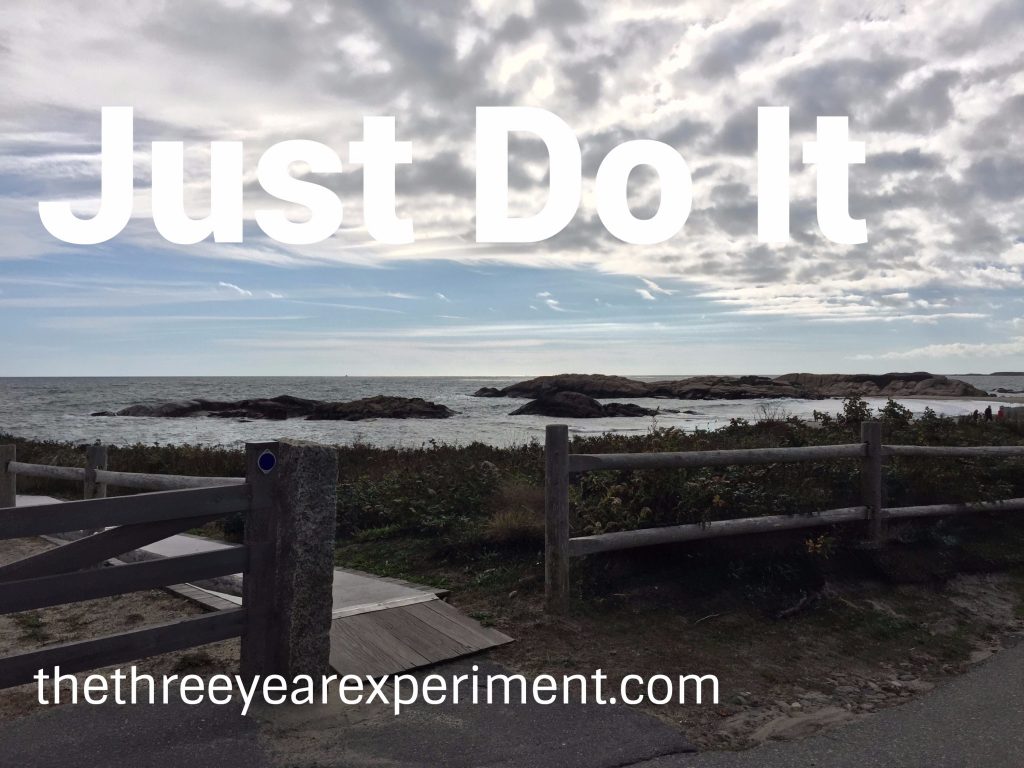 Mr. ThreeYear and I dragged ourselves back to work, got the kids off to school, and made lists of all that needs to get done before we leave for Chile in just a few weeks.

As I drove to work, I listened to Afford Anything’s latest podcast. In this one, she interviewed A.J. Jacobs, who I momentarily confused with J.D. Vance, until I read his bio and remembered he’d written A Year of Living Biblically, which I’d read several years ago. In that book, Jacobs spent a year following the more obscure commandments of the Old Testament, such as “wear no mixed-fiber clothing” and “dress in all white.” He grew out a beard and posted the ten commandments on the doorway of his apartment, in order to see how his life changed for the better (or worse). He’s engaged in such experiments many times, both as exercises for living a better life and journalistic fodder. One of the takeaways from the interview was that if you want (or need) to change something in your life, just start doing it. Motivation follows action, or something like that.  END_OF_DOCUMENT_TOKEN_TO_BE_REPLACED