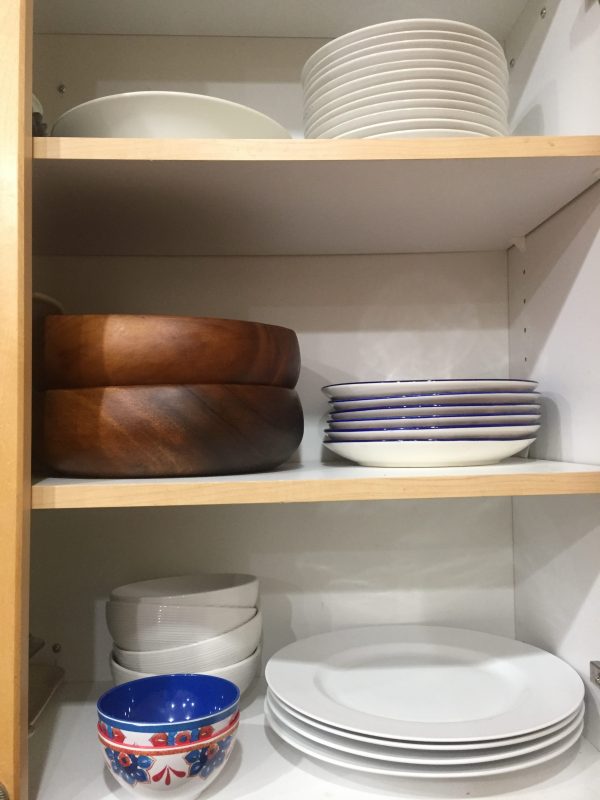 In January, we learned we had to replace our downstairs HVAC system to the tune of about $8,000. We decided, after that big spend, that a no-spend month was in order.

So we deemed February our no-spend month. We would not spend money in any category other than food, gas, and essential bills. The idea was to use the money we didn’t spend to replenish our savings after spending so much on the furnace.

How did we do?

Well, it felt like we did terrible. We didn’t take the no-spend month very seriously, especially towards the end of the month, and we broke a lot of our rules about spending.

Still, we managed to save quite a bit of money, so despite our mediocre performance, I’d still call the month a win. And I feel like we have some momentum to keep going in March, so we are going to keep saving.

Two wins: Junior ThreeYear decided to stop swimming with his expensive swim team and is now running track, which doesn’t have a monthly cost. We saved money in lawn care because it was February and no lawn care was needed.

How did we do in food costs? In groceries, we spent $887.56. That is obviously way over my goal of $600-$700 per month. But we just ate a ton. And the day before grocery day, the boys were complaining bitterly about not having anything to eat. They are eating way too many snacks–expensive fruit–and not enough filling meals like grains and beans, but we are still transitioning to our plant-based diet, and growing like weeds, so I am not too upset. At least they’re not eating $200 over budget on stuff that’s not good for them. I used to buy way more cookies and junk food and I have almost cut that out, but fruit and veggies are pricey.

We also spent $194.54 in eating out. Part of that money ($34.64) is from food we bought last month at our club. They charge us the next month. Part of that ($49.92) is from our birthday celebration from the last day of January, which charged in February. The majority ($109.98) is from all-you-can-eat sushi that Mr. ThreeYear wanted to get (yes I am blaming him) last Thursday night. We got weak at month’s end. It’s a bit ironic that we were foiled by sushi again, since that is the eating out we did two years ago during our No-Spend month. We are creatures of habit. We went to an all-you-can-eat sushi place, and I feel like it was a waste of money, because they only had so many vegetarian rolls, and then we over-ordered, had to eat every piece of sushi on our plates or risk a charge, and went home feeling uncomfortably stuffed, a feeling I do not like.

We didn’t spend money in home goods, household maintenance, auto maintenance, or other flexible spending, so that was good. All of that money went back into our emergency fund. We only spent $35.01 in gas. In total we put about $1,100 into our emergency fund. While that’s not a ton, that definitely helps us get started on replenishing that account.

We did have to spend $562.50 on medical expenses, on a crown for Mr. ThreeYear. Instead of taking that money out of our HSA, we decided to pay for it out-of-pocket. Our HSA fund is getting pretty low because of all of our ongoing medical expenses (braces and ADHD medicines) plus we have another large upcoming bill to pay for some doctor visits.

Sometimes, when I look over past expenses, I marvel at how astronomically expensive it can be to run a family. I am grateful we have learned to budget, and put aside money for yearly expenses, so that we have money to spare for things like a broken furnace or a new crown. While we almost never save as much as I’d like, we never go into debt and we save a lot off the top, so despite our mediocre spending performance this month, we are still on the right track.

And it’s March–a new month, and a new start. Hope you are off to a great start as well!