I have subscribed to Ramit Sethi’s emails for years, ever since he was a fledgling blogger at I Will Teach You To Be Rich. His websites are now slickly professional and he runs a multimillion dollar empire, selling courses on how to increase your earnings. I’ve never bought a course, but his emails are full of advice about negotiating and growing your business, and he writes compelling headlines (if you don’t believe me, sign up and see what I mean). He’s helped thousands of people earn more money in their businesses. 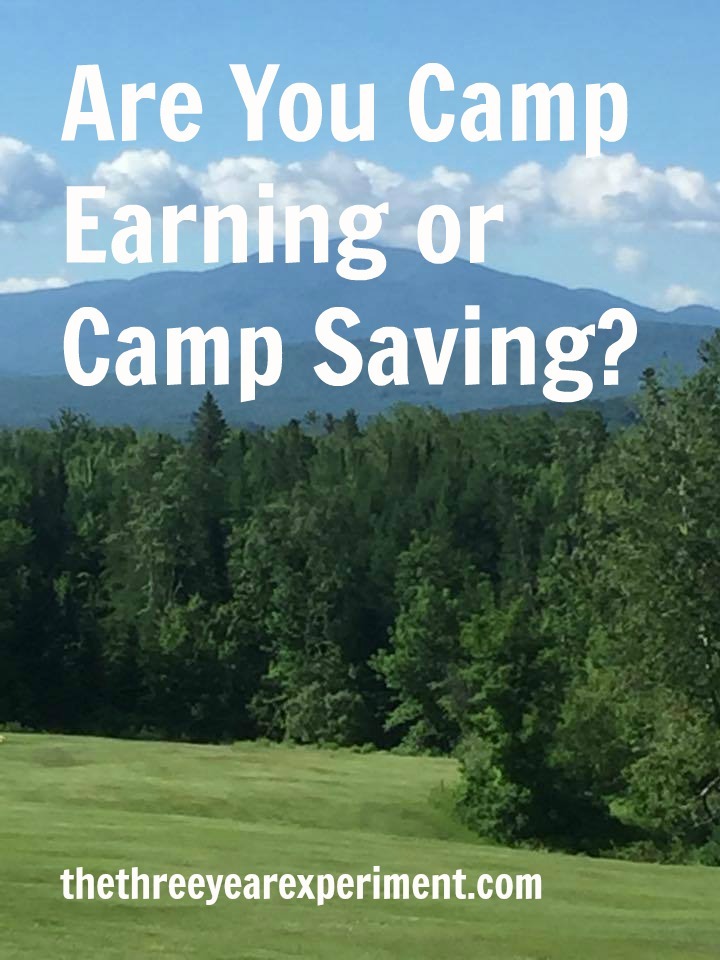 Three days ago, he sent out the email, “What Successful People Don’t Tell You.” It linked to an article by the same name. The premise of the article is that people who truly love their jobs will never stop working, no matter how much money they make, because “you would enjoy being on the beach for about 3 weeks…then you would get bored and want to get back to work.” Apparently everyone that this guy has ever met who’s made big money feels this way. Okay. Let’s accept that premise for a sec.

Ramit goes on to slam the FIRE community, for delaying gratification and staying at a job they potentially hate, eating rice and beans, and leading colorless, boring lives (including WALKING as a hobby for God’s sake), only to retire early and then have no purpose for the rest of their lives.

Apparently, there’s a subreddit detailing the dark underbelly of FIRE, which is that once people have sacrificially saved for 14 years, they then have no purpose beyond amassing their $600,000 so they can live off the $24,000 a year in perpetuity.

The article ends by asking you to pick a camp:

On the other hand, if you say, ‘Man, I’d take an awesome 5-star vacation, I’d fly my friends in… then after a few weeks, I’d be ready to get back, refreshed, (maybe with nicer shoes) and I’d start on my next project…’

Seeing as how Ramit had slammed my beloved FIRE community, in a blatantly one-sided article, I read every comment. The first few commenters were people who wholeheartedly agreed with Ramit, that they could never live like those frugal weirdos. But slowly, the timbre of comments began to change, and many commenters made extremely thoughtful and nuanced comments about how they believe in both philosophies, how it wasn’t all or nothing.

I thought I’d weigh in here, both as a way to work through my exact frustrations with his piece, and as a longer response, a manifesto from someone who has seen the benefits of learning how to save in her own life, even as she earned more and more.

Here’s the article (which you might want to read in full), and let me say up front that I realize:

Here’s what I think about Camp Saving versus Camp Spending:

Let’s throw out the “versus.”

“We and our friends are the sane ones and…  there’s a crazy “Other Side” that must be laughed at — an Other Side that just doesn’t “get it,” and is clearly not as intelligent as “us.” But this holier-than-thou social media behavior is counterproductive, it’s self-aggrandizement at the cost of actual nuanced discourse and if we want to consider online discourse productive, we need to move past this.”

It’s a false dichotomy. I don’t think anyone benefits from the us versus them. Plus, lots of entrepreneurs save plenty. Just because you save doesn’t mean you can’t earn, and vice versa.

True, lots of people who are on the road to FIRE don’t have a good handle on what early retirement might feel like. But many aren’t necessarily aiming to sit on a beach. They want the independence to do whatever they want in life, without being tied to making an INCOME.

It’s not the job they want to be free from, it’s the dependence on earned income. And saving up allows people to be free from that dependence. Some like their jobs, some don’t. Some are entrepreneurs, some aren’t. Some want to retire early, some want to keep working forever but are pushing for financial independence so they don’t need to or have to earn an income.

You’ve got to grow your income to a certain level in order to be able to more easily save. It’s way easier to save half of your income if you have a bigger income, because your fixed expenses are lower.

I come from a family of entrepreneurs. Building a business that generates cash flow is a brilliant way to create financial independence for yourself. But his article doesn’t talk about that at all. It just talks about why you’ll never want to stop working. But that’s coming from an unmarried guy with no kids who’s in prime health.

What about if you want to raise a family? If you’re a single mom? If you get sick? If you can’t work anymore? Then what?

If you can’t figure out how to save, you are screwed (see the real life story of my two grandfathers below).

If you don’t practice the self-control involved in regularly saving a percentage of your income, you’re never going to be wealthy. Doesn’t matter how much you earn. And the more self-control I’ve developed through saving, the more efficient and organized I’ve become in general–exercising more, eating better, using my time more wisely, and becoming an all-around more reliable person. In short, saving has made me a better entrepreneur.

It All Comes Down to Minding the Gap.

As Paula Pant has said, it’s about growing the space between how much you earn and how much you spend. If you can do both, you’re golden. Work on the skills it takes to earn more in your profession. If you hate it, by all means, get another profession like I did.

A Tale of Two Grandfathers

I’ve shared this story before, but I think it pertinent to do so again. I lived with Robert Kyosaki’s Rich Dad, Poor Dad, except mine were my two grandfathers. My two grandfathers lived in houses right next to each other for a time. That’s how my parents met. (Yes, my mom was literally the girl next door). One grandfather earned way more than the other. He was a doctor, the son of an immigrant who had become a successful clothing salesman. My other grandfather was a sharecropper growing up, because his father had walked out on his wife and two kids. He used the GI Bill to go to college after WWII, although he never formally graduated. He spent his whole career at South Carolina Electric and Gas, aka The Power Company, starting as a lineman and eventually working his way up to management.

My doctor grandfather was very generous. He always dressed sharply, in custom-made suits, and drove brand new cars, which he upgraded every two years. He bought several beach homes and mountain homes, never keeping any one too long. He also got divorced and remarried after 28 years of marriage. After his remarriage, he worked his whole life, until he was in his 80s. My sharecropper grandfather was extremely frugal his entire life, probably too frugal. He and my grandmother always saved 25% of their incomes. They never bought a vacation home, but they did take vacations, and bought a very nice home in Charleston, right on the marsh. They were married for over fifty years when he died. They, too, were generous, increasingly so as they got older.

Both grandfathers have passed away. My sharecropper granddad left his widow about a million and a half dollars in equities, and a paid-off house worth almost another million. My doctor grandfather didn’t have enough money to pay funeral expenses, so his children had to do that. His widow must make do with her social security benefits (she no longer receives his benefits), one house which she’ll be lucky to sell for $200K, and another mountain house probably worth the same. No investment assets.

I don’t have to debate about saving versus earning. Both my grandfathers benefitted from increasing their incomes.

But you’re a bonehead if you don’t get that you have to learn how to save, or your kids are going to be paying your funeral expenses.

My doctor grandpa out-earned my sharecropper grandfather for years. But he blew all his money.

I do think that the personal finance community can perhaps focus on saving to the detriment of posts on earning (but many bloggers, such as ESI, and Afford Anything, talk about earning more all the time). I also think we focus on saving because we realize its importance. Without saving, earning more is meaningless.

You can’t ignore saving, Ramit. Because eventually, when you’re in your 80s and you’re sick enough that you can’t work anymore, if you haven’t learned to save, the fumes of your entrepreneurial ventures just won’t cut it.

What are your thoughts, readers?

18 thoughts on “Are You Camp Earning or Camp Saving?”