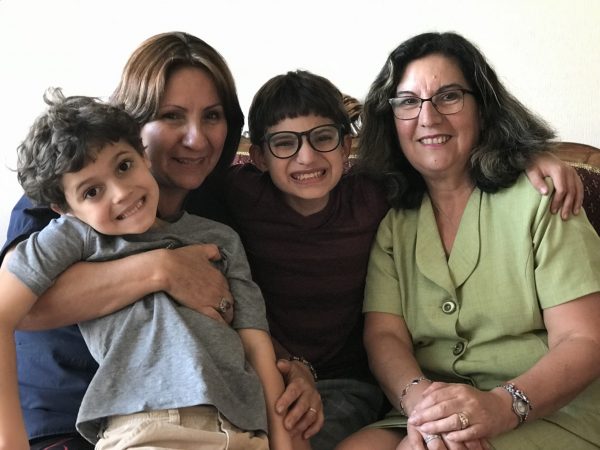 Frugality is such an important cornerstone to financial independence. Even if people disdain the word, the concept of spending less than you earn is essential to financial independence. After all, if Nicholas Cage can blow through $150 Million, there’s really little hope for the rest of us, unless we can mind the gap and stretch the space between what we spend and what we earn.

Since my family has a pressing reason to save a bunch of money–our dream of location independence–we are actively working to get better in this area.

I am mediocre at frugality. I didn’t grow up in a particularly frugal household (my parents having eschewed the Ziploc-reusing antics of their Depression-era parents) and although we did control our spending by wearing hand-me-downs and driving our cars to the ground (my dad drove one car he had for 17 years and then gave it to Mr. ThreeYear and me after we moved back to the States), we did not practice those everyday habits of frugal living that come so naturally to some. 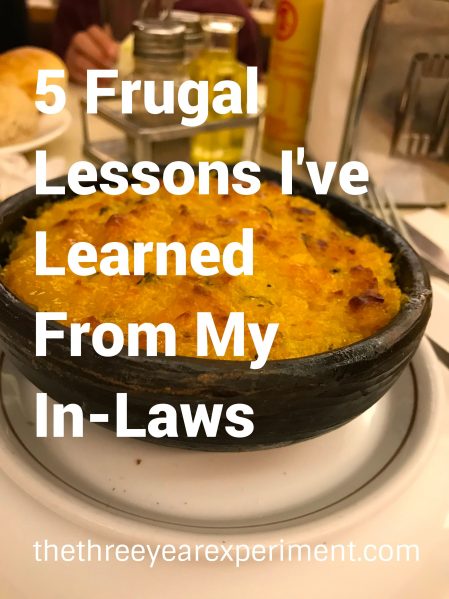 According to the Organization for Economic Co-operation and Development, the average annual wage (earnings with taxes removed) per Chilean family was $28,434 in 2016, which would only be equivalent to $18,157 in US purchasing power. In the US it was $60,154, or over two times that. The Central Europe Database reports that Chile’s average gross monthly wages are $667 per employed person (if the former statistic is correct, that would mean there are 3.55 employable adults in each household. That sounds high. Statistics can be misleading).

The long and short of all those statistics are that Santiago is a very expensive city in which to live, and wages are low.

So frugality has been a lifelong practice for my in-laws.

When I first started dating Mr. ThreeYear, I felt very unsure about helping his sisters in the kitchen. After all, when they washed their dishes, they soaped everything up, then rinsed with cold water. I had always thought you just ran the hot water the entire time you were washing up, but Mr. ThreeYear explained that would make the hot water bill too high.

Over time, I’ve watched the way they do things, and learned a couple of tricks to increase my own savings muscle.

One day, I walked into the kitchen and saw that the soap was mostly water. “What happened?” I asked Mr. ThreeYear. “Oh, I just added a little water to the end of the soap to help use up every last bit.” This practice was repeated with the shampoo, the conditioner, the washing machine detergent, and practically every other liquid good used in the house.

My in-laws use up every last drop of their shampoo and soap. I’ve realized, after adopting the process myself, that not only does it make your soap last for a week more than it would have, on average, but also that it’s a very good environmental practice. The water helps wash the bottle out, so that when we go to recycle it, it’s easier to clean out.

That little bit of soap might represent something like 1/20th of your product, but using up those small amounts add up.

Wash your dishes with soap first, then rinse

As I mentioned, my go-to cleaning method for my dishes was to run the hot water the entire time I soaped up the plates. My sisters-in-law have a drastically more energy-efficient method. They soap up everything, then rinse with cold water, or hot water if things are really greasy, at the very end of the process.

Most families in Chile have a calefont, which is a hot water tank that provides on-demand hot water. Often, they’ll turn the calefont off unless they’re taking a shower to save on hot water costs. So, you’re sometimes forced to rinse your dishes with cold water.

Since the dishes are soaped up well, the germs are taken care of. While I love to sanitize my dishes with hot water, it’s really a waste of resources in many cases, especially when you just have slightly used cups and utensils.

Only use a little meat in your soups or stews

This was a lesson I learned from my mother-in-law. She usually makes hearty Chilean stews like cazuela or charquican. She might use one piece of chicken or a half tray of ground beef in her stews, and use more inexpensive vegetables to fill out the dish. Often, she’ll add potatoes and a handful of rice to her chicken soups, which I always thought was overkill, but the rice gives the soup a thicker consistency and costs very little.

Making one pot meals is also so much easier and so much of a time saver. Soups and stews are filling, easy to make, and easier to clean up than a meal with four or five different components (and corresponding pots and pans).

Use public transportation instead of driving your own car

While this may seem like an obvious trick, I have frequently asked Mr. ThreeYear why his sister takes the bus and metro to work instead of taking their car, especially since her husband could drive her. She has a long commute of over an hour, but she’s taken public transportation for years.

The answer is, gasoline is very expensive in Chile and public transportation is not. Even though it takes her longer to take the bus/metro combo each morning, she saves a lot of money on gas and wear and tear on her car.

While it might be more convenient to take your own car to work, if you have public transportation, you’ll pay a lot less in maintenance and wear and tear on your car. My sister-in-law has had the same car for over ten years, and part of the reason is because they only use it when absolutely necessary.

If you can’t pay for it in cash, you can’t afford it

One of the first lessons I learned from Mr. ThreeYear was that if he didn’t have the cash to purchase something, he wouldn’t buy it. His family buys their cars with cash, outright. Yes, that means they buy used more often than not. And yes, it takes longer to save up the money for the car. But Mr. ThreeYear’s family has a strong inclination to avoid debt, so they won’t buy a relatively big purchase like a car with a loan.

Obviously they took mortgages to buy homes. But all three of Mr. ThreeYear’s older siblings have paid off the mortgages on their homes. They systematically paid down their mortgages and had no other debt payments. They made sure not to stretch themselves too thin.

Saving up for an item and then buying it follows the time-honored practice of delayed gratification, a useful lifeskill to have. I had very little when I was a young 20-something, but I have developed the ability to tell myself “no” or “later” over time. My in-laws’ model has been helpful.

Frugality is a habit that I’m still developing, and while it doesn’t come naturally, these are five areas in which I’ve gotten better, thanks to my frugal Chilean relatives.

Who is your frugal role-model?