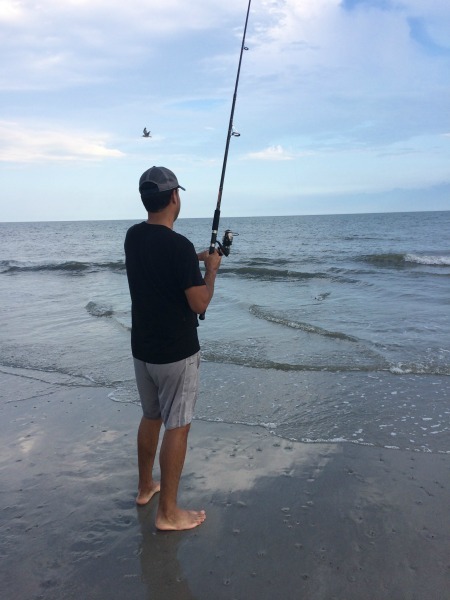 About nine years ago, when Mr. ThreeYear and I began to wise up about our finances, we visited a financial planner and filled out a detailed survey. We didn’t have many assets to speak of, at the time, since we’d just gotten out of debt, but if the dude had been wise, he would have nurtured the relationship with us because he could have had very good future clients. He was not and we now manage our own investments, a scenario I am more than happy with.

Even so, it was interesting to hear his predictions that we’d need about 80% of our income at retirement. Where did that number come from? In the years that followed, as I filled out online retirement calculators, I heard the figure repeated.

Then, I began to learn more about the 4% rule, the oft-cited retirement rule-of-thumb (based on the Trinity Study) that cites evidence that if you withdraw 4% of your portfolio per year in retirement, adjusted annually for inflation, then your portfolio should easily last you 30 years (or more). Another way to look at the rule, popularized by the incontrovertible Mr. Money Mustache, is that you’ll need 25 times your annual spending invested in order to retire. This rule assumes that you’ll keep your spending relatively level in retirement, that is, you’ll spend a similar amount in retirement as you do now.

However, there’s a lot of talk that spending in retirement is more variable than that. In late November, the New York Times reported that recent data has shown that retirees spend less, over time, than they do in their working years. The article explained:

“Financial advisers have a few ways of describing the decline in retirement spending over time. One of the most popular, coined by the certified financial planner Michael K. Stein, is to view retirement as three stages: your Go-Go years, your Slow-Go years and, finally, your No-Go years.”

The Bureau of Labor Statistics has collected data that shows that 65-74 year olds spend 16% less than 55-64 year olds. For those 75-and older, spending drops by a whopping 24%. While housing and health care costs stayed the same or increased over those years, spending in almost every other category decreased, sometimes markedly. The Times article mentions research done by JPMorgan Chase:

“Some general patterns in retirement spending can be observed. According to the 2013 Consumer Expenditure Survey of the Bureau of Labor Statistics, average U.S. household spending peaks at age 45. After that age, spending declines in all categories but two—health care and charitable contributions and gifts. Among the categories with the most dramatic reductions in spending: apparel and services (spending in this category declines almost in half by age 80), transportation and mortgage payments. The trend does not appear to be a generational anomaly. We looked at historical data for the silent generation (Americans born 1925–1945) and the oldest of the baby boomers (the generation covers Americans born 1946–1964), and the decline in spending looks very similar… The drop in spending at older ages holds across wealth levels.”

While this data comprises people of “typical” retirement age, Mr. ThreeYear and I plan to retire at about 50 and 55, so is remarkably relevant to our personal situation.

JP Morgan grouped spenders into five following categories: homebodies, globe-trotters, health-care spenders, foodies, and snowflakes (spenders with unique spending profiles). Apparently, people spend in different ways, and if you can figure out your own spending patterns, you can have a better guess as to your own spending proclivities in retirement.

Homebodies, who represented 29% of their sample size of over 600,000 spenders, tend to spend more of their incomes (54% on average) on mortgages, home renovations, property taxes, and furniture.

Globe-trotters, comprising just 5% of the sample, spend more (about 25% of their incomes) on travel. Globe-trotters are more prevalent in households with $1M and above in investments, which makes sense, because travel can be pricey. While we do love to travel, we spend less than 10% of our annual total spending on travel (although that percentage will probably increase in retirement), so we’d probably be better categorized as Foodies. That’s a good thing for us, according to the data. Read on.

Health-care spenders, 4% of spenders, have higher-than-average health care spending. They spend around 28% of their incomes on health care. We are prioritizing spending on fitness now so that we can hopefully avoid being in this category later (of course I am aware that you cannot avoid all health problems simply by managing diet and exercise).

Foodies, 39% of spenders, spend more on food, beverages, and “big box” store (e.g., Target & Amazon) purchases, around 28% of their incomes on these categories. This is apparently where we fall. We spend about 18% of our income, give or take, on these categories.

Foodies have the lowest overall total spending, and is also the group that is most likely to decrease spending in retirement. JP Morgan Chase allows that Foodies, more frugal than other groups, could plan for only a 1% to 2% rate of inflation in retirement.

Many early retirees have also written about the flexibility and fluidity of their spending in retirement, and how they’ve spent less and/or earned more than they thought.

Jeremy from Go Curry Cracker travels the world based upon the market. If his portfolio is up, he’ll spend time in more expensive areas of the world such as Europe. If the market is down, he’ll decrease his cost of living downward and spend more time in Southeast Asia or Latin America.

Steve and Courtney at Think Save Retire adjust “luxury” spending based on their projected income that year. They have created a lifestyle that allows them to cut way back on basic spending categories, like housing (they live in an RV), when they need to adjust downward. Then, when they have more income coming in, they can adjust upward, traveling and eating out more.

Tanja and Mark from Our Next Life have reconsidered not working at all in early retirement, and are taking on money-making gigs in order to supplement their investment income.

Our own plans will probably mirror these bloggers in several important ways. First, we plan to decrease our housing costs substantially by selling our current house and investing much of that capital. Then, we plan to buy a smaller condo or apartment that allows us to travel much more, possibly spending up to half the year in Chile. We may decide to purchase another place in Chile, but we’ll see. I anticipate a decade or two of robust travel, with higher spending.

During this decade or two of higher spending, it’s probable that we’ll engage in some kind of money-making endeavor. We don’t know what yet, but it’ll probably be highly mobile, like translation or an online business.

Finally, we’ll adjust our spending down should we need to. And I anticipate decreased costs into our late 70s and 80s, as we spend less on food, clothing, and transportation.

We currently fit into the “spendiest” age category. Households headed by 45-year-olds tend to spend the most of any other age group. That makes sense to me, as households in this age range often have older kids who cost more to feed, clothe, and train (through lessons, sports, etc.) than do younger kids (excepting those outrages daycare costs, of course). While we now spend less than we used to, we do have high expenses in housing, college savings, food, and other middle-of-life family expenses.

We anticipate spending much less on college savings and food when the boys reach adulthood. When we sell our house, we’ll have lower household and fitness costs, but of course our healthcare costs will increase. Still,I anticipate our annual spending dropping by about $10,000.

Track it, You Fools

Forecasting your spending in retirement is far from an exact science, but tracking your current spending definitely helps. There’s a far difference from what I think I spend and what I actually spend, and hard data has been a good friend to me as I can “remember” past spending incorrectly. We have spending data since 2008, but it’s not in the most user-friendly format (it’s in Mvelopes, our old budgeting software, and I didn’t always categorize spending accurately). We started tracking our spending manually in an Excel sheet in 2015, and that has given us a much better idea of our spending trends, but this is only the fourth year. I suspect that once we have ten years of data in place, we’ll begin to see spending patterns that we can then apply to our retirement spending.

Thank you, as always, for being part of this community!