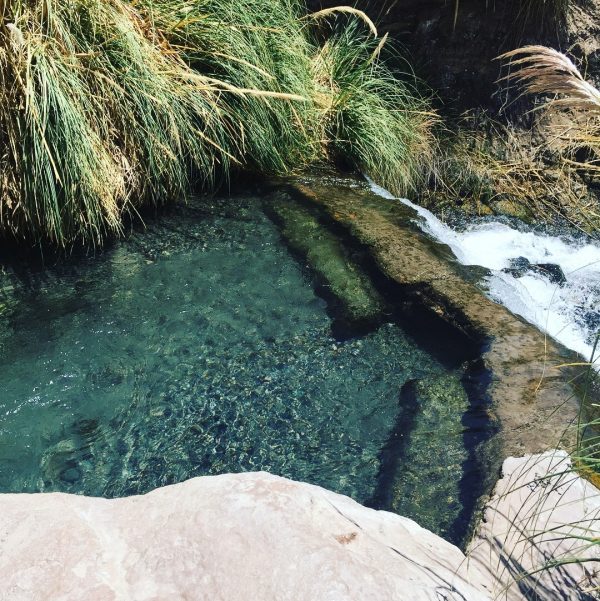 Now that our family has moved to North Carolina, our next big financial goal, ten years’ hence, is retirement. We’ve decided to wait until Little ThreeYear graduates before we retire (although we could always change our minds).  Since we’ll be retiring somewhat early, before the “official” age of 65, we’ll need to structure our retirement so that we have access to different pools of money, or streams of income, to tap into.

Though Mr. ThreeYear and I primarily invest in index funds (we have a “slow and simple-don’t get greedy” philosophy), we currently plan to have several streams of income available to us when we retire. Some will be passive, and others active. While this wasn’t necessarily a conscious plan on our part, life has worked out this way and we’ll take these streams of income we’ve developed along the way. 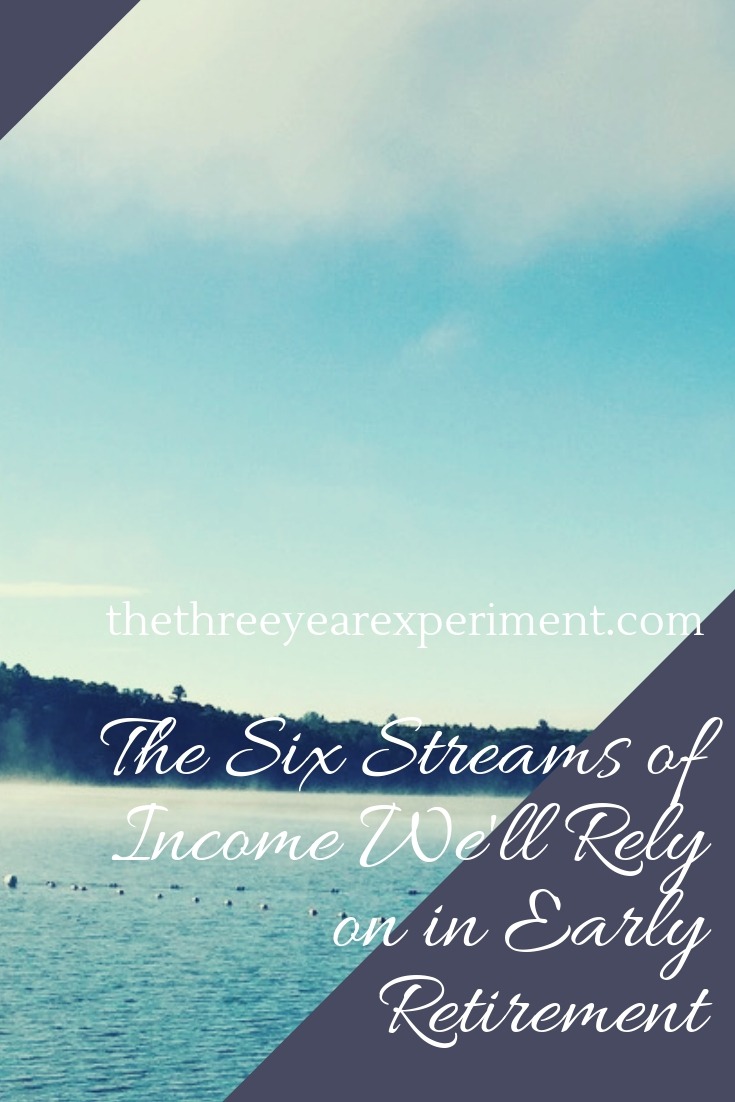 The idea of streams of income comes from a book published in 1999 by author and (potential racketeer?) Robert Allen. I’m mostly joking when I say that, because he’s written many books over many decades, but his advice can be borderline irresponsible, advising get-rich-quickish methods of wealth production, such as investing in options, that I wouldn’t recommend to anyone. (Another of his gems is called Nothing Down for the 2000s: Dynamic New Wealth Strategies in Real Estate. Hmm. Wonder how many people crashed and burned from that one?) But our dear Robert actually coined the term “multiple streams of income” and his was the book that first introduced me to the idea back in the ‘Noughts.

The book, and his ideas, were revolutionary for several reasons. First, 1999 marked the beginning of the movement of remote workers. With the recent advent of the internet, people were just beginning to explore the idea of contributing to their jobs remotely. Allen’s book took advantage of this emerging phenomenon and encouraged people to adapt to the changing world.

Second, his ideas encouraged people to break away from the idea that one job, one employer, and a fat pension at retirement were the keys to wealth production and a successful retirement. His book talks about the dangers of carrying debt, and how we must cultivate multiple ways to bring in money, especially during retirement.

There are many in the personal finance community who would disagree that we must have multiple streams of income to finance a successful retirement. And I agree that a large portfolio that generates a steady stream of revenue during retirement can, mathematically, be all that we need to have enough money during our early retirement.

But many early retirees struggle with the reality that their investment portfolios are holding steady or shrinking in retirement, rather than growing. For us, having many ways we can produce revenue will be psychologically helpful during those early retirement years. Also, if the stock market tanks during our first decade of retirement, additional income can help us avoid tapping into our investment accounts and instead spend this money first.

Here are the six main revenue streams we plan to have when we do retire:

The first four revenue streams are (largely) passive. These all represent income that we will receive with very little effort on our parts.

The last two revenue streams represent income that requires work on our part to generate income. We may or may not utilize these income streams in early retirement, but we’ve cultivated the skills necessary to tap into these revenue streams should the need arise.

This list is by no means exhaustive, as Mr. ThreeYear and I have been hustlers and shakers our entire marriage, and have other abilities available to us. However, these are either labor-intensive or not our favorite things to do, so the chances of us pursuing these in early retirement are low. (Here’s a list of all the side hustles we’ve pursued throughout our marriage).

For now, we’re content to pursue our main sources of employment and continue saving and investing. But it’s great to know these other streams of income will be available to us in the future.

What about you? Do you have any side hustles or favorite income-generating methods you use now or plan to use after full-time work is done?