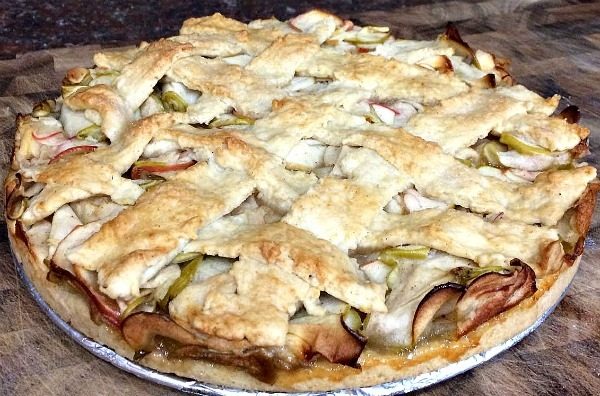 Happy April! Time for this month’s recap of A Year of Good Food.

Our family is challenging ourselves to spend less on food this year so we can reach our goal of location independence by the end of 2019. Last year, I challenged myself to adopt one habit a month that would translate into better money moves for our family. You can read all about what I called A Year of Good Habits here.

This year, we are challenging ourselves to do better at our food spending. Last year our family spent over $12,000 in groceries, or $966 per month.

For some people, $772 is a huge amount to spend on groceries. Others couldn’t imagine spending so little. The USDA Center for Nutrition Policy and Promotion says the average that monthly expenditure for a low-cost food plan for a family of four in the US was $731.20. The liberal food plan average expense was $1093. I’ve seen bloggers who spend $60 per month on their food (they garden and eat two meals a day). I know friends who spend $400 a week for their family of five. Food spending really does seem to be all over the place for people.

This experiment is about behavior change for our family, so by teaching ourselves to spend less and not waste food (which we can be pretty bad at) my hope is that at the end of this year, we’ll have developed permanent habits around spending less and eating everything we have in the refrigerator.

So far, it has not been easy to achieve this goal. 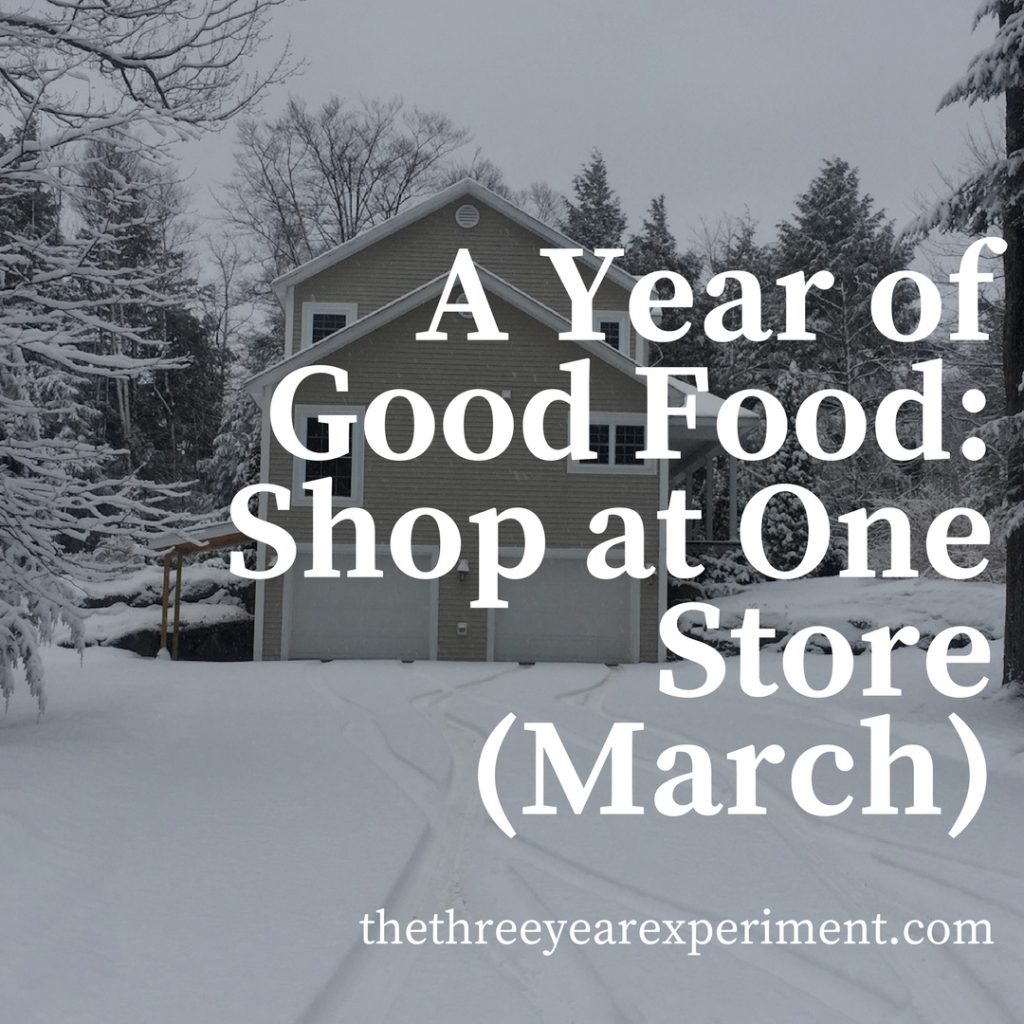 March was an incredibly hard month because there were five weeks. We ended up keeping our grocery spending around $100 per week, but we kept running out of food. Spending $100 per week doesn’t allow us to buy everything we need for a week’s worth of groceries.

We also spent way more in eating out this month, which I think was a result of us getting frustrated with not having food in the house.

We did shop at Aldi once this month, which was amazing! I miss that store so much. We were at a school event for the boys, about an hour away from our house, and there’s an Aldi there. We got so much delicious food for $40.

Because I took cash out for the first half of the month, I don’t remember exactly what I spent at the grocery store, but I remember keeping it very close to $100.

For us, at Hannaford, which is a middle-of-the-road grocery store, to keep our grocery bill at around $100, I have to be very careful with what I buy. I might be able to buy a meat or two, but I definitely have to pick and choose for everything else. This week, we ran out of snacks pretty quickly (and we snack a lot in our family, on fruit, crackers, and tortilla chips).

I did a lot of cooking this week, and made bread. I also found a big package of meat that someone had given us when they moved, and cooked it, and it turned into this deliciousness:

I bought a lot of snacks in preparation for the kids’ Destination Imagination competition (if you don’t know what that is check it out–the best after-school activity for kids, IMHO). Then, we went to Aldi in a nearby town and got milk ($1.50!), eggs ($.89!), tortilla chips ($1.40 a bag!), some other random stuff, and fresh salmon ($8 a pound).

I was almost tempted to drive back to that Aldi the following week. Sigh.

This week, I found two packages of natural chicken priced wrong. They were priced at $1.99 a pound when they’re normally $5.00 a pound. I snatched both packages up (wish there had been more!). I have no pictures of the groceries, but I do have one of some food we made:

My co-worker was eating these leftovers in the lunchroom and they smelled amazing, so he was nice enough to pass along the recipe. This yellow curry is homemade! And it’s not difficult at all-basically, you roast some veggies for 45 minutes, then blend them with some spices in the food processor. Makes enough for 4 dishes.

This included ingredients for our Easter dinner. The only thing I photographed of that was the beginning of this really good onion tart I made.

This month, we did a little better with small trips between weekly grocery buys. Here are the details:

It’s hard to tell since half the month I used cash. I remember making one or two trips to our local mart, which I call $10 spent. The rest Mr. ThreeYear or I put on credit cards.

The big lesson from this month:

$100 per week budget means that we end up with very little food at the end of the week, which means the kids buy lunch at school, we eat out, etc. It’s better to spend around $150 a week at the store, at least in our area.

Shopping with cash was enlightening in a lot of ways. Although I didn’t save receipts and therefore have shoddy records, reaching for cash every time I went to the store definitely made me think harder about what I was buying. It also helped me see how much I had left to spend. I took out $360 for the first half of the month. I spent that in three weeks, but on the third week I ran out of money and used my card.

I didn’t take out cash for the rest of the month, mainly because of laziness (driving by the bank is a pain because it’s very out of the way). I may try the experiment again next month, but I’ll probably take all the cash out at once, even if I don’t carry it all around with me, just to avoid multiple trips to the bank. I think that for the first half of the month I made a lot less random trips to the store, and if I did, I just made sure it fit in the budget.

April’s focus is going to be Go to the Same Store Each Week. We pretty much did this last month. I’m going to shop at our local store, Hannaford, because we can get everything we need there. It’s not necessarily cheaper, but they have started a grocery reward program so we can earn 2% back on their store brand items each quarter.

By going to the same store each week, I’m going to try and get into a routine so that it makes it easier to get in and out faster, and so I won’t be tempted by random, unplanned purchases. It will also make it easier to find deals like that chicken.

How did you do with food spending in March? Was it easier or harder than February?

10 thoughts on “A Year of Good Food: Shop at One Store”