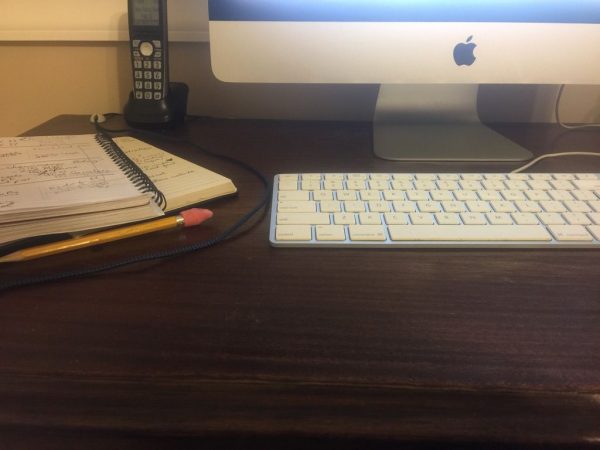 Several years ago, when I was 36, I was offered a job at my local elementary school. It was perfect for a lot of reasons: it was part-time, it was teaching kids English (which I had majored in in college), it was at my kids’ school, and it paid well.

The only problem with the job was that I wasn’t a teacher.

When I first left college and moved to Santiago, Chile, I taught English as a Second Language to adults for about a year and a half. But I’d never officially taught children in any capacity. So I would be completely changing careers, learning a new job from the ground up.

The Learning Curve is Painful

I don’t particularly like to be bad at stuff. I don’t think anybody does. In school, I was a good student who never really struggled with studying. I never learned the lesson that you have to be bad at something before you’re good at it. But when I started teaching, I had very little idea what I was doing.

I was thrown into teaching two students with no guidance and very little mentorship, so I didn’t know what I should be teaching them. Grammar? Vocabulary? Reading? Writing?

I reached out to other local ESL teachers and sat in on their classes to try and figure out what to do. One teacher recommended several books that I should buy for the classroom. I remember that she said to me, “if you could go through this book with your student before next year, that would lay a great foundation for him.”

I didn’t spend a ton of time teaching my student vocabulary from that book my first year, preferring instead to try and teach him how to write essays.

It took several more years of teaching and a handful of graduate classes before I realized that vocabulary is key when teaching ESL students. The research demonstrates that focusing on helping students learn and internalize basic, Tier 2 vocabulary, will help them more than almost any other instruction.

I was receiving advice about every aspect of teaching from everyone around me, but I didn’t know who to listen to yet. And though people would hand me tidbits of knowledge, because I didn’t have a mentor teacher regularly guiding me, it was baptism by fire.

Learning something new, be it teaching, blogging, making a podcast, or programming, is hard. Especially when you’re an adult and used to being good at most of the things you do. I now know that if I undertake a major new learning initiative, like a new career, the first year will be painful. The second year is a little better, and the third year feels like butter by comparison.

Knowing that the uncomfortable “learning curve” feeling won’t last forever is helpful, I think, because it gives you the ability to power through (“I can do anything for one year!”).

Another thing I didn’t have when I started teaching was any idea of how to prepare for lessons. I was paid hourly, and was only paid for two hours of prep time per week (not enough!), so I was putting my lessons together at the last minute.

Last year, I finally wised up and did my preparation on Friday afternoons, so everything would be ready for the week ahead. I didn’t have a choice–I had so many students and was teaching so many hours, if I didn’t have copies made, lessons mapped out, and vocabulary defined, there was no way I’d have time to figure it out on the fly.

When I started teaching, there was no curriculum I followed. I had to create one myself, which took a few years. Once I had a better idea of the plan for the entire year–which units we would cover in roughly which order–preparation became much easier.

How has this translated into my outside life? I’ve learned the wisdom of having a mental overview, a “big picture” approach to whatever I’m doing. I don’t always follow it, but it makes it much easier to have an idea of all the posts I plan to write in February or what goals I’m working towards in any given year.

It’s one of the reasons I’m such a big believer in three-year plans. They’re short enough that they feel attainable, but long enough that they give you a framework for short-term and intermediate goals and actions.

You Need Enough Time to Make an Informed Decision

I tend to adopt the philosophy “leap, then look” in life. My decision to become a teacher was no different. How long did it take me to make the decision? I remember clearly. I was sitting at my computer one morning much like this, got an email from my kids’ principal about teaching, called over to Mr. ThreeYear, heard him say “that’s great!,” did some rough math on the salary, and wrote her back.

Even though the job ticked off many of the boxes I was looking for (same schedule as my kids, no nights and weekends, part-time, good hourly rate), I should have explored what my day-to-day life would look like a bit more.

Would I like following a tight schedule? Would I enjoy being with small children all day? Did I want to go back to graduate school?

I think that part of the reason I had such a rough first year was because I hadn’t given myself enough time to really think through such a change.

I’ve learned, by rushing headlong into teaching, to take more time to figure out my life. Our decision to move to North Carolina took a long time to make, and was the result of many difficult conversations with many people.

While it’s not always possible to take a long time to make a decision about a job, at least give yourself a day or two. Take several mind-clearing walks, talk to your friends and family, and think about the pros and cons before you say yes.

Your Identity Will Change

While this sort of relates to the idea of a learning curve, I experienced change in other ways with my career change. First of all, instead of spending my days in an office with opera singers (I was the Marketing Director at an opera company before I became a teacher), I spent my days inside an elementary school and my weekends on a college campus.

I was surrounded by completely new people all day, and it took a while to develop relationships with those people.

I ended up meeting many incredible educators and administrators, many more coworkers than I had at the opera company, and that was interesting.

I also met some people I had to work to be in relationships with. Educators tend to be open, humble, and helpful, though, so in general, I had great working relationships.

My identity also changed. I used to be a marketing director for an opera company (inflated title for my part-time role but it was my title) and then I became a teacher.

Teachers don’t get a whole lot of respect sometimes, and people can be a little judgy. You can sometimes see looks flit across people’s face like, “Oh isn’t that cute” or “non-important job; not interested.”

I’ve also had great conversations with people who were generally interested to learn what ESL teachers do (they do not teach Spanish. They teach English. Also, you do not have to know the home language of your student to teach them English, so I don’t actually speak 17 languages).

But in general, being a teacher is considered less prestigious in society than being a marketing director. I have quickly gotten over any cares I had about the prestige of my profession, but it is definitely something we don’t talk enough about.

We like to pretend we don’t care what other people think, but we do. Granted, some of us care more than others, and I am definitely one of those people, maybe because I’ve always been a little weird (ha!). So it’s been a conscious process for me to grow a thicker skin.

At the same time, we do have an identity within our society, and I didn’t think about the fact that my identity would shift when I changed careers. We equate so much of our identity with our jobs that when you change jobs, it’s only natural that you feel that shift in identity.

Let me tell you what it feels like on the other side, though. Since I’m an ESL teacher, and I work with immigrants, my heart absolutely bleeds for immigrants. I was watching “Adam Ruins Everything” on Netflix yesterday, the immigration episode, and I started crying ugly tears in parts of it because my heart hurt at my country’s treatment of immigrants.

I have fought viciously for my students’ rights outside the school, in doctors’ offices, with teachers, with administrators. I also try to share stories that my students face with other people (without sharing identifying details), so that more people will understand how absolutely hard it is to make a life in another country.

In other words, being a teacher feels 1000% more worthwhile than a marketing director did. It feels like I’m doing real, life-changing work in students’ lives, working for “the least of these.”

Wherever You Go, There You Are

Ultimately, after changing careers, I was reminded, again and again, that I was the same exact person I was in my old career. I had to deal with the same annoying tendencies (being a know-it-all, interrupting, being quick to anger) that I had to work through at my previous job.

The only difference was, I had higher stakes in my education career. I couldn’t be quick to anger with my students, because they were vulnerable and small. I couldn’t interrupt in parents meetings, because they were tenuous and we wanted them to understand the importance of ESL classes. I could definitely be a know-it-all as a teacher; that was my job! But during my first few years teaching, I didn’t know it all, or know much of anything, so I had to be more humble and realize that others had a lot to teach me.

No matter where we go or what we do as a career, we’re going to face the same struggles and issues related to things we need to work on personally. If you tend to have terrible coworkers at every job, guess what? Probably not them. If you struggle with relationships, again, it’s probably you.

Starting a new career just gives you a fresh mirror that’s held up to you so that you can reflect on your shortcomings. For me, I had students tell me, outright, “That was a really boring lesson.” Ha! I had run-ins with administrators when we butted heads, and I had to work through them and eat humble pie so I could repair our relationship to be able to work effectively in her school.

I had administrators flat-out tell me I was overstepping my bounds as a teacher, and I had to reflect on my tendency to do so (and then do it anyway, because, by golly, my kids needed a champion). I had to learn to use the channels available to help kids, so that we could affect more change. And learn that there were some things I couldn’t change, and learn to live with that.

Changing careers was a lot harder than I thought, and also incredibly worthwhile. If I had to do it over again, I don’t know if I would. But I do know that I’m better for it.

Have you ever changed careers? What was it like for you?