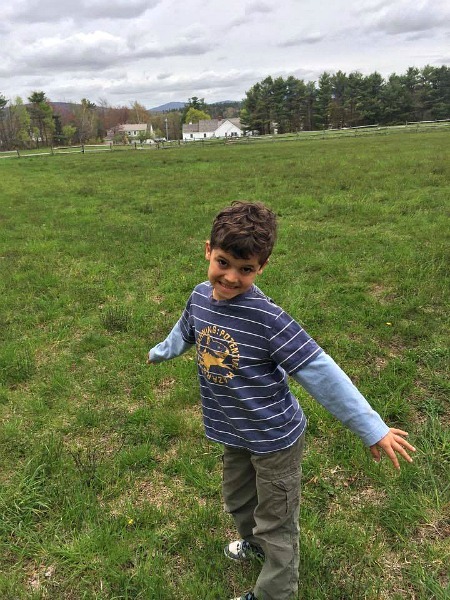 When we lived in New Hampshire, it was pretty standard to be frugal. New England is a region of the country that was settled by English Puritans. A group of Puritans settled the area around Boston back in 1640 in order to escape increasing religious persecution in England.

Putting aside the theological, Puritans believed in living Godly lives both as individuals and as a community. They believed that hard work was the epitome of such a life, although research shows they were highly motivated by profit as well. They stripped their daily lives of “worldly distractions” such as entertainment and ornate adornments or decorations in the house.

Fast forward four hundred years, and the descendants of that group continue to value some of those core beliefs, like dressing simply and practically (trust me when I tell you that makeup and highlights aren’t big in New England), using their resources wisely (ie being frugal!), and simple entertaining (people don’t have big parties and it isn’t very common to be invited over to your neighbors’ house for dinner).

Our family moved to New Hampshire from Atlanta. Atlanta is a… little bit different than that. We were used to showy Atlanta, where there were McMansions on every corner, people drive fancy, pricey cars, and showed off their latest designer purses, nails, and haircuts.

Needless to say, I loved the frugal aspects of life in New England (except the no-entertaining part. That really stunk).

I embraced the way people wore the same jeans from 1990 with absolutely no compunction (I was just checking to make sure you were paying attention. I did NOT wear mom jeans while I lived there! Much). When I’d get together with other moms for playdates with their kids, we’d go to a no-cost park or the library and would bring our lunches.

People often recommended or mentioned where you could get discount cards for events. They bought practical cars like Subarus (and Priuses!) and drove them for as long as the salty roads would allow (it’s very common to see completely rusty cars on the highway). Wasting money on conspicuous consumption was not a thing.

When we moved to New Hampshire, we had recently paid off our debt and were beginning our foray into financial independence, so I was determined to embrace our new surroundings and keep practicing my newly-acquired frugal ways (read “How to Save Money if You’re Not a Saver” for more on my non-frugal former life).

Even in New England, there are people who are spendier than others. So I made it a point to develop a frugal reputation. I made friends with people who were pretty frugal.

There are so many benefits to having frugal friends. First, if you get together, they’ll suggest the most frugal, and therefore fun and sustainable, way. “Let’s have dinner at our house this time. What do you have that you could bring? Salad and bread? Perfect.” *

They will call you out if you start to do something stupid. “You’re going to pay how much for that new microwave? You should look at the Sears Outlet and see if you can get a better deal.”

They completely understand if you say, “Nah, we’re not going to do that because it’s not in the budget.” Or, “okay, but we have to wait six months and save up for it in the budget.”

They find out about frugal, low-cost or free activities and pass that info on to you.

*A lot of our friends in New England were not actually from New England, and so enjoyed having us over for dinner.

But how do you develop a reputation as a frugal person in a frugal (or non-frugal) area?

I think the number one tip is to drive well-used cars. If you’re driving a brand new Audi, people aren’t going to assume you’re frugal, even if it’s true. We drove our faithful Prius and Honda Accord for years in our little town, cementing our reputations as frugal people.

We dressed nicely, but plainly. We didn’t ever show off designer purses or coats. We bought nice outerwear but it wasn’t flashy.

“But what if people think I’m poor?” you might be thinking. This is a concern I wrestled with, as a reformed frugal person (meaning I grew up in a non-frugal household and still default to spending, rather than saving).

To be honest, if you’re frugal, or working on becoming more frugal, there will be a lot of people, especially strangers, who might think that about you. However, if you’re really frugal, and see another frugal person, you will recognize frugality over poverty pretty quickly.

But the people who are hanging out in overpriced cars wearing fancy handbags are going to judge you using their messed-up scale (read this great post from Michelle Schroeder-Gardner for more. She makes over a million dollars per year so it’s pretty funny what people think she should do with that).

However, if you live in an area for awhile, and get to know people, you can drop hints that you’re frugal on purpose rather than out of necessity. Such as, “We save a lot.” You can also say, “we live way under our means.” 9 times out of 10 people will get the message and figure out that you’re frugal and have a lot of $$ in the bank.

I’ll just tell you what I’ve learned to do, and that is surround myself with other frugal people, so that my frugality isn’t a weird thing, it’s considered smart. And when I’m not around frugal people, I remind myself that we live this way for a reason–time and location freedom! Woohoo! But I still play the comparison game, and question my own frugal tendencies, and wonder if living for the moment wouldn’t be smarter? Luckily, these moments tend to be ever more infrequent, and pass quickly, and then I’m newly grateful for the ability to live worry-free.

Benefits of a Frugal Reputation

Why does it make sense to develop a frugal reputation? And how does it pay?

When people think you’re frugal, they will give you stuff, or offer you awesome used stuff.

For example, my sister and brother-in-law recently got a new washer and dryer. They offered us their old ones for $100. Heck yeah! They wouldn’t have even bothered to if they knew we only wanted top-of-the-line, new stuff.

My friends passed down so many hand-me-downs for our boys, even underwear (it washes just like other clothes!). You might hesitate to offer your used clothes to friends if you knew they only dressed their kids in new designer stuff. But we were thrilled to get hand-me-downs! We took everything, and were always super excited and grateful to get it.

People also don’t suggest expensive activities–“hey, let’s meet at the expensive museum or restaurant!” They know you’re probably going to say no, so they think of a cheaper alternative. And in the end, the cheaper alternatives tend to be lots more fun. Hanging out at the park or someone’s house with no agenda and nothing to do is fun. And we don’t get enough of that in this modern, over-scheduled world.

Developing a Frugal Reputation in the South

We moved to a fancy neighborhood in North Carolina and frugality is definitely not the default here. So how are we developing a frugal reputation in our new neighborhood?

Well, honestly, it’s pretty easy. Our cars are definitely amongst the most used on the block. Our kids drop hints at the bus stop like “My mom said I had to wear my Halloween costume from last year because she wasn’t paying for a new one.” (Ouch. That hurt a little).

We’re also waiting a long time to sign the boys up for any activities. People keep mentioning these expensive activities for them, and we keep nodding politely and saying, “Interesting!”

We did join the tennis club (after waiting for months for them to drop the price!) and take an expensive, epic trip to Disney, but we will hopefully offset those expensive anomalies (well, travel isn’t an anomaly, but whatever) with more “we love consignment stores!” comments.

We also don’t dress very fancy and do not get our hair or nails done, except at Great Clips.

So I’m hopeful some good frugal deals and hand-me-downs will start coming our way, once people realize we’re like their own personal Good Will drop-off station.

How about you? Do you have a frugal reputation?

6 thoughts on “A Frugal Reputation Pays”