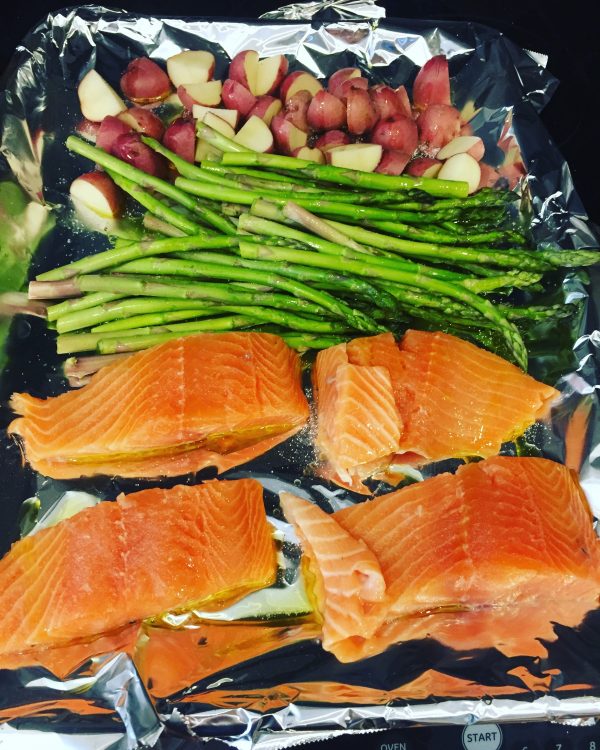 Happy November! I am very proud to report on our October food spending. Due to a week away at Disney and Mr. ThreeYear being away for a week, we spent the lowest amount on groceries that we did all year.

Not that it was easy. There were complaints (from the Big Guy). So many complaints! Apparently if the fridge doesn’t look like the produce aisle then something’s wrong.

But I held fast and we survived, and we clocked in our month way under budget.

The Reason for This Experiment

Each month, we’re trying out a new way to save money at the grocery store. Last month, I just kept doing what we’ve been doing that has worked: shopping at Aldi, keeping side trips to a minimum, making a list, making a meal plan, and taking inventory before I go to the store. 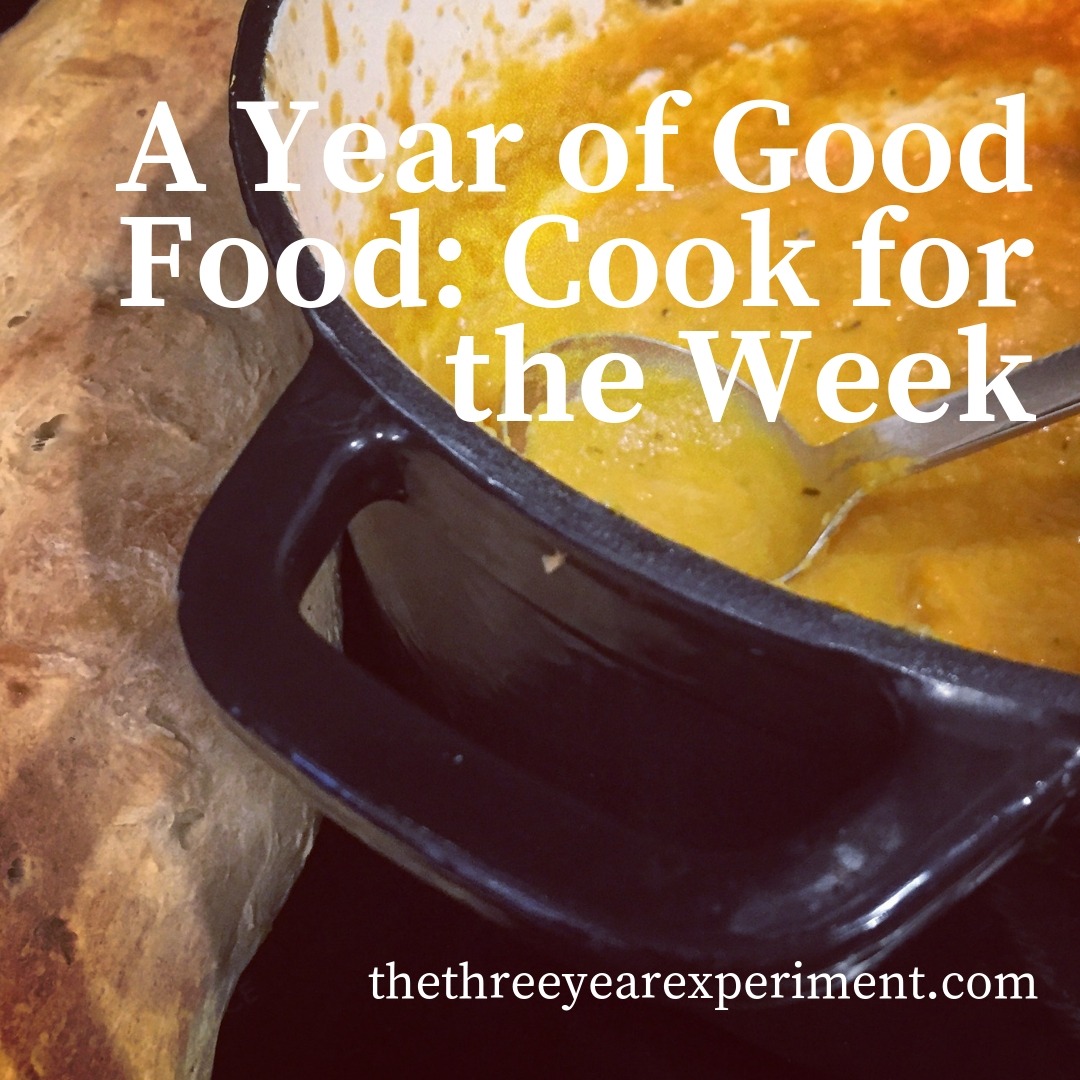 October dawned warm and ended cool. It’s so nice to experience fall in North Carolina, because it’s very slow to arrive, and then gets blessedly cool at night and in the mornings, but warms up during the day.

The leaves are actually just starting to turn here, at the beginning of November. When we went camping in the mountains, two and a half hours Northwest of here in Pisgah National Park, we experienced much cooler temps, but here in the city it’s not as cold.

I am very proud that we came in under budget by almost $170. It has definitely helped us to continue to shop at Aldi. We’re also cooking a few big meals and eating those all week.

During Week 1 of October, we were vacationing at Disney World, so we bought a few groceries before we left but we didn’t have a big shopping trip.

We bought a big load of groceries when we got back from vacation, and I actually stretched it to make us last a week and a half.

Mr. ThreeYear left for a week-long work trip so I bought a small amount of groceries for the three of us. I normally go to the store on Friday, but I waited until Wednesday to go (we were really out of everything) and just bought fresh fruits and veggies plus meat. Also I discovered this Latino bakery next door to Aldi where pastries and bread are $1 each, so I bought us some treats.

Week 4: $84.22, Aldi. At this point I had my eye on the prize and I was purposefully spending under $100 to see how low we could go on our monthly spending.

Side trips: $36.77 in three side trips (which I strongly discouraged)

They were to buy fruit, something that always seems to run out in our house first.

We had spent so little so far that I decided to go “wild” since my friend was coming and ended up spending $120.60 at Aldi.

Wow! I learned that we can keep our grocery spending around $600 for the month if we’re gone for part of it! Ha.

I actually learned that if I keep shopping at the same grocery store (Aldi), I get really good at being more efficient. For example, yesterday, on the first day of November’s shopping trip, I “went crazy” and just bought whatever I wanted, and I walked out of the store with $104 in groceries.

I also learned that I have to buy enough so that my family doesn’t rebel and make me go to the store midweek for more food.

And finally, I learned that if I cook more, there’s more food, less waste, and more delicious things in the fridge. My friend (a professional chef) and her husband and new baby came to visit, so I decided to cook for them (because when do you get cooked for if you’re a chef?). I made a ton of food, including this delicious pork ragu, homemade bread, and a mango curry chicken recipe, which coincidentally, used up a lot of leftovers I had. They loved all the food, especially her husband, and it made me excited to cook again (I’ve been in a cooking funk for awhile).

Holy moly, it’s November. Two more months of this experiment. I feel like we may have lasting change in this area. Will we go for an even lower budget next year? Somehow, I feel like $700 is about as low as we can sustain without major fussing (especially since we’re not trying to pay off debt or have another urgent pants-on-fire financial emergency).

This month, I’m going to make a couple of big dishes early in the week and have us eat them for the week, a la my pork ragu. This week, I’ve bought a beautiful beef roast, so we’ll see how that goes. I love making bread and it’s beloved by the fam, but it may not be so good for our waistlines, so we’ll probably accompany our weekly meals with salad for awhile.

Hope you have a wonderful November! I’m thankful for your readership!! How’d you do with food spending this month?

5 thoughts on “A Year of Good Food: Cook for the Week”