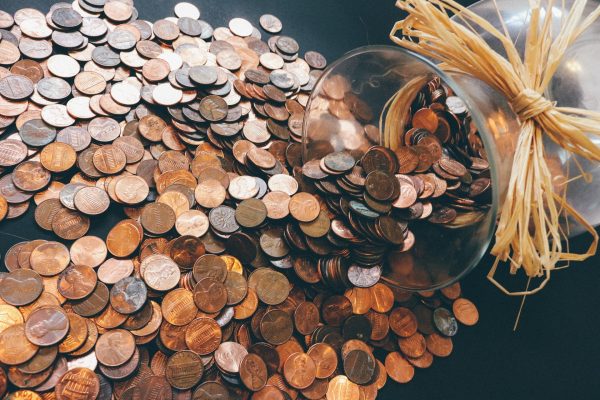 This post may contain affiliate links. Please read my disclosure statement on the Start Here page for all the fun details. Thanks for supporting the site!

I have always loved to spend money. Over the years, I’ve had to teach myself to save despite my spendthrift ways. It’s been a lot of trial and error and sometimes I do better than others.

This month, with the advent of Spring after such a long, harsh winter, my inner Spendthrift has broken free.

Some people, Mr. ThreeYear included, can’t understand this behavior. He grew up in a household where frugality wasn’t just a good idea, it was a way of life. Spend too much on electricity? Not enough for food. It was kind of that simple. So he grew up with such anxiety around spending that it’s hard for him to spend now, even when he wants to.

I had no such constraints. I have found that especially during times of upheaval, or during season changes, or Christmas, my impulse is to spend more. What does that look like? 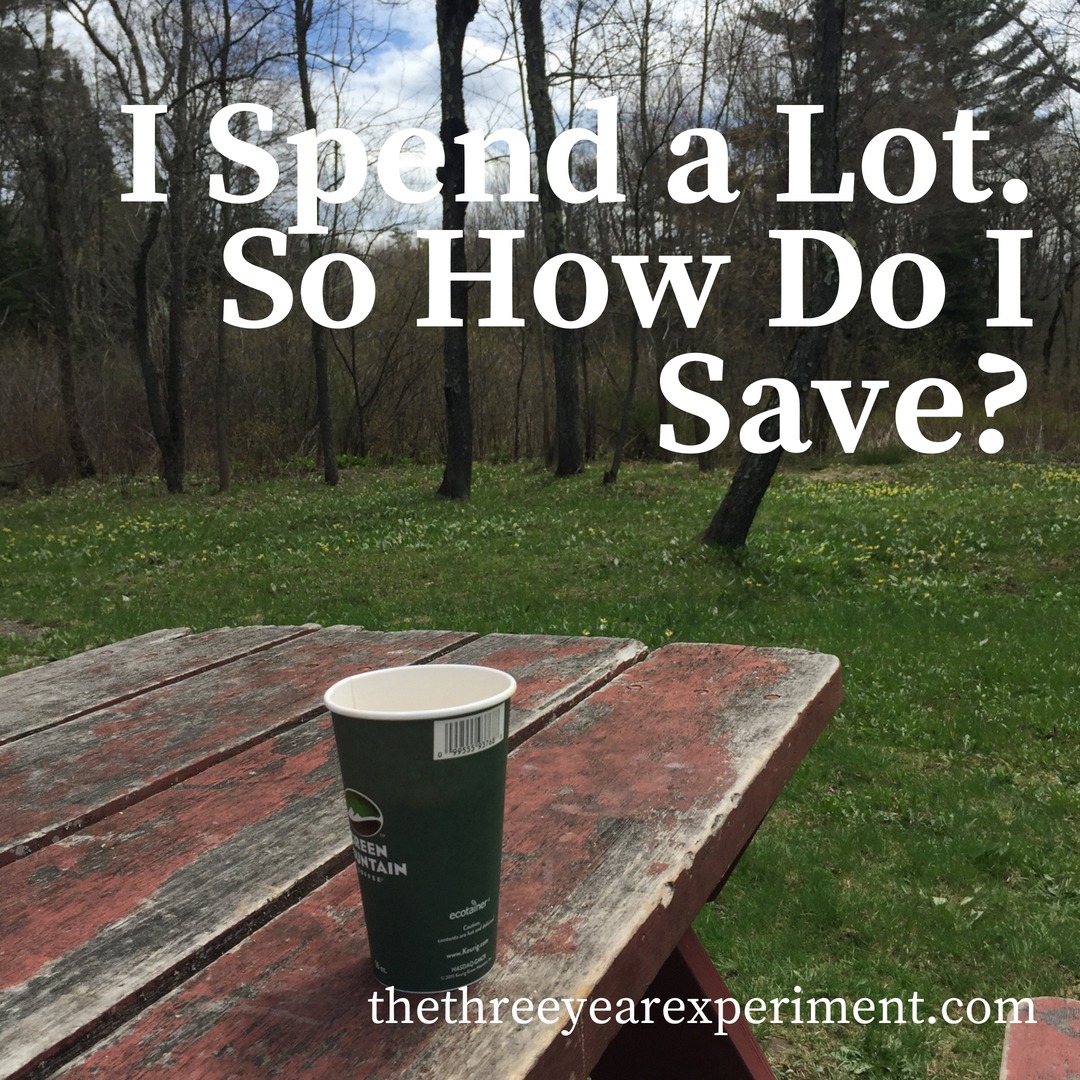 I know I shouldn’t overspend. I lecture myself, via posts on this blog, quite frequently. I know that the one thing that truly wealthy people do is spend less than they earn, often by a large margin. Also, our family is currently saving and planning to become location independent by the time I turn 40, which involves doubling our net worth, so wayward spending isn’t really in the plan.

So how have I learned to reign myself in when my inner Spendy alter-ego makes an appearance? Well, first, let’s delve into what’s really going on.

Our brain is the biggest energy suck of our body, using 20% of our available energy stores, so it has adapted to work more efficiently. And one of the ways it does that can work against our financial goals if we’re not careful.

What’s at work during these times is high cognitive load. Basically, I’ve learned that when a season changes, I have a lot on my plate, or my mental bandwidth is otherwise shrunk, I make worse decisions than I do when I’m not as stressed, riled up, or excited. My brain has less decision-making ability, so it makes poorer choices. Or, it relies on older automated decision-making that is no longer effective given my current goals.

Daniel Kahneman, an Israeli psychologist and a Nobel prize winner for his seminal work in behavioral economics, has written extensively about the mental shortcuts we take and how they can mess up our rational decision making. In his book Thinking, Fast and Slow, Kahneman distills the two ways our brain processes information. Teachers talk about these two cognitive processes similarly.

In education, we talk a lot about schema acquisition. Schemas (or schemata) are the way our brains, those vast energy sucks, more efficiently deal with new knowledge. Anything new that we learn is related back so that it’s congruent with our previous knowledge. These groups of subject matter are called schemas. Why do we recognize all of the following letters as “G”? Because our brain has organized the particular half-circle shape ending with a half-line and little platform as that letter, and we can therefore correctly interpret different fonts and writing styles as intended to be the “g” in the Roman alphabet and proceed accordingly.

How is this related to over-spending? Well, we learn to solve problems based on the steps we employ to find answers. So our brains depend on past solutions to past problems to figure out solutions to current problems. If I solved problems in the past by throwing money at them, then that’s likely how I’ll solve them in the present, especially when I’m stressed or tired.

This is because once we’ve defined new information in its proper schema, we begin to automate behavior. This takes a long time. When you first learn something, your ability to use that knowledge is constrained. You feel clumsy and awkward. When children first learn to read, they painstakingly sound out each letter–the words aren’t yet automatic. Even the sounding-out process is painstaking because it’s a new skill. Any parent of a kindergarten or first-grader knows exactly what I’m talking about! It’s painful. This is called controlled processing, and it happens when what you’re doing requires conscious thought. You’re engaging in conscious thought as you read this paragraph and absorb information which is most likely new to you. This is slow thinking.

Automatic processing is the fast thinking that occurs without conscious control. You can process something you know how to do well without conscious effort. I no longer consciously think about how to drive home from school because I know the route so well. My brain is freed up to think about dinner, bear spottings, or whatever else is occupying my mind at that moment.

As new information is better learned and becomes more automated, we free up our brain to engage in other processes. This is when you can achieve peak intellectual performance. Automation is key to the most efficient thinking and lifestyle.

This is why I love habits. When we engage in habits, we’re automating behaviors so that we no longer need to consciously make decisions. We’re freeing up our cognitive processes by automating one tiny aspect of our day.

Because I didn’t grow up with training in frugal spending, I’ve had to work consciously to develop different spending habits. It’s been slow. But, I’m gradually getting a little better.

Past Laurie Steps in to Save Present Laurie from Herself

Over the years, I’ve tried to automate the right decisions as much as I can. Yesterday, for example, I got the urge to buy clothes. So I went and bought clothes. However, because I’d trained myself so well in the past, I went to my local consignment shop and looked for classic pieces that would fit into my current fairly minimalist wardrobe. I also tried them on (ever bought clothes you didn’t try on and then nothing fits? Me too). Did I need more clothes? No, I did not. But at least I bought them at the consignment shop, they were well-made and not fast fashion pieces, and I’ll likely wear them for ages.

I had money to buy those clothes because during the past winter, I’ve been saving my side hustle money in an account. I haven’t spent it, so it’s there for impulse clothes purchases that happen when I get a little too jacked up about Spring finally being here.

We also invited a friend over for dinner. I started thinking about what to cook and couldn’t think of anything, so I decided to pick up takeout. But past Laurie stepped in to the rescue again. I remembered that fabulous curry I’d pre-made (I mentioned it in this month’s food shopping post) and decided I could make that and some homemade naan and it would be even more delicious than takeout.

I’m Not that Person

Another trick I use with myself is to tell myself “I’m not that kind of person.” I do this with my kids, too. “In this family, we do NOT blah blah blah…” It has worked incredibly well to give them a sense of identity. And now they know we are NOT the kind of family who wedges ketchup packets in the toilet seat at school to make people think they are bleeding from their nether regions (life with boys).

So when I get the urge to buy a takeout coffee, I tell myself, “I’m not the kind of person who buys takeout coffee. I fix my coffee at home.” As crazy as that sounds, it actually works about 80-90% of the time. I’m reminding myself of my values, and that’s usually enough to stop the urge.

I still haven’t tricked myself out of some spending decisions. When I have a lot going on, I let the kids buy school lunch. I know it would be cheaper and healthier to make it myself, but on busy mornings, and definitely at the end of the school year, I let them get school lunch way more than I normally do (which is once a week during most of the school year).

I have experimented with making lunches at night, but it hasn’t worked well because that’s usually my lowest point of the day (I’m most tired, with the most amount to do, and I really just want to eliminate whatever’s in the way of my bed).

I’m fairly impatient, and I’ve found that sometimes I want to spend to solve a problem quickly, rather than take a few days or weeks to figure it out myself. It’s easier to hire a handyman rather than experiment and figure things out myself, especially when it comes to home repair.

For these areas, I try not to get too frustrated with myself. I’m a work in progress, and I remind myself that old dogs can learn new tricks. It takes a long time to automate our thinking and behavior. I’ve been working for years at getting better at washing the dishes up after supper. I think I can finally say I’ve automated that behavior so I do it every time. Sometimes it just takes more time to get better at something.