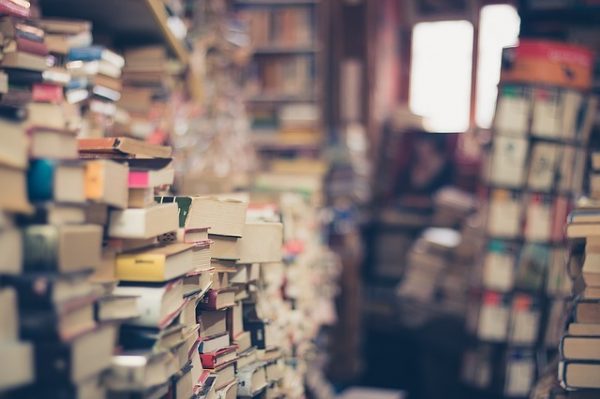 Today I’m taking part in a “traveling book review” written by Rockstar Finance bloggers. Each day, a different blogger will review one chapter of one of the best money books I’ve ever read, Your Money or Your Life. Written by Vicki Robin and Joe Dominguez, Vicki’s original coauthor who’s since died, the updated version  contains timeless wisdom and current, practical tips for anyone working to make sense of their finances, their work/life balance, and life in general.

If you’d like to read reviews for each chapter, I recommend reading Rockstar Finance’s introduction post with links to reviews of each chapter.

The American Dream–on a Shoestring

Chapter 6 is perhaps the most relevant chapter to my life of the entire book. “Laurie,” it seemed to be saying to me the whole time, “read these words and internalize this message: if you want to achieve true freedom, you must learn to control your spending.”

A few years ago, I would have scoffed at this notion. “As if,” I can hear old me saying,”I’m going to earn more and buy whatever I want.”

This would be a terrific strategy if it worked–if it allowed me to increase my net worth, say, or even my happiness. Then we could get all the stuff we wanted just by working harder, and that would make us happier, and we’d all live happily ever after. All the millionaires and multi-millionaires would never declare bankruptcy or feel sad. Hollywood stars, paid millions per film, would never divorce or go through public scandals. 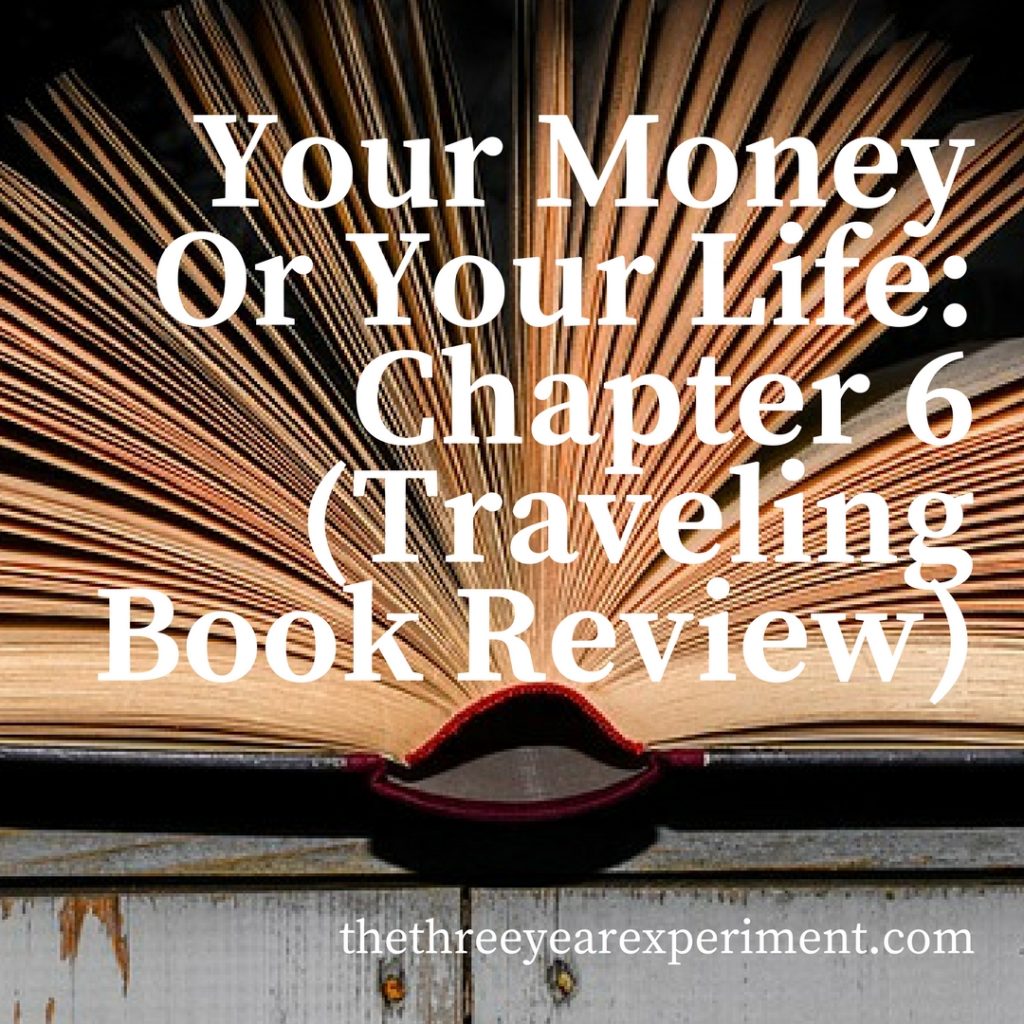 What We Really Need

The American Dream really can be had on a shoestring. A shoestring budget, that is. (And is a US shoestring budget really so shoestring? Let’s not forget that 99% of the world’s population live quite happily on less than $33,000 US per year). But the idea of such restraint seems to implicitly strike us as something negative.

“It is both sad and telling that there is no word in the English language for living at the peak of the fulfillment curve, always having plenty but never being burdened with excess,” writes Robin. We need a word that captures the essence of carefully and thoughtfully managing limited resources for optimal happiness. When I think of the word “frugal,” for example, I flash to my Depression-era grandparents who washed out Ziploc bags and saved wrapping paper. Somehow, in our era of excess, the word now evokes miserliness and a life devoid of color, joy, or happiness.

But is it? After all, America was founded on such values. Benjamin Franklin praised “thrift” in Poor Richard’s Almanac: “A penny saved is a penny earned.” New England Puritans built their society on values of hard work, simplicity, and plain living–just enough, no more. “Our bedrock is frugality,” Robin reminds us, “and it’s high time we made friends again with the word–and the practice.”

The Joy of Enough

The authors explain that embracing frugality means embracing the idea of having “enough.” With materialism, a value our society has jumped on in the last several decades, our worth is measured by how much stuff we have. We’ve spent several decades accumulating more and more, in an effort to achieve contentment or, too often, show off our status. Unfortunately, we’re now realizing it’s just not working. There will never be enough. But we’re wizening up, slowly. Books like The Life Changing Magic of Tidying Up by Marie Kondo and movements like minimalism are testaments to our society’s dissatisfaction with buying and acquiring material goods.

In contrast, frugal people “have a high joy-to-stuff ratio. If you get one unit of joy for each material possession, that’s frugal. But if you need ten possessions to even begin registering on the joy meter, you’re missing the point of being alive.”

So how does a recovering materialist learn to hold her possessions a little less tightly? Robin had several lessons for me.

A large part of a frugal lifestyle is embracing the idea of sharing. In Atlanta, we had across-the-street neighbors who were the epitome of frugality. They lived in the same modest house they’d bought in 1966 for $35,000 (they told us). He’d worked for Lockhead Martin just down the street and they’d raised their children in the same house. He did all the yearly maintenance to the house, climbing up on ladders and clearing gutters. She clipped coupons and brought me extra flowers she’d divided from her backyard beds.

Faye and Fred often came over and asked to borrow a tool–we had an extension chain saw he was fond of for reaching branches high in the longleaf pines of his back yard. Faye occasionally ask to borrow a cup of sugar or several eggs–we were happy to oblige and she always paid us back. Plus, it opened up a borrowing network for us, too. I could borrow from Faye’s kitchen, or go over for a chat if I was bored. If we needed a tool, or, more often, expertise, Fred would come over and offer his (usually right-on) opinion. We were neighbors in the old sense of the word, and it made life so much richer than it’s been in our isolated neighborhood in New Hampshire.

After all, “sharing resources means life gets less costly and the range of things and services available to each one gets wider.” And sharing is fun, too. Because you don’t feel quite so alone in the world. You have someone else you can count on.

Your Money or Your Life takes you through a series of 9 steps to really understand the relationship between your money, your time, and your life energy. After all, we trade our energy and our time for money, so shouldn’t we have a good handle on how much of our lives we’re trading for money, and for the stuff we buy with it? The authors have you calculate, step by step, how much of your life energy you expend at your job. And then, you find out what the stuff you’re buying really costs, in terms of your life.

Step 6 is “Valuing your Life Energy by Minimizing your Spending.”

The authors start with a key reminder: “stop trying to impress other people.” Why don’t we use our surplus money to do useful things, like buy ourselves freedom? Why, instead, do we spend it trying to show off how rick and powerful we are? To what end?

The authors list ten slam dunk ways to minimize your spending. Here they are, in order:

The rest of this detailed chapter provides general ways that you can save money in the long and short run. Avoiding debt, spending less on transportation and housing, taking care of your health, eating well for less, and using the great outdoors for entertainment are some of the general tips the author presents for spending less on a fulfilling life.

Robin reminds us that what we’re really searching for when we buy things are respect, love, community, a sense of purpose, a feeling of worth, joy. No matter what you buy, stuff isn’t going to bring you all that.

Remember, “choose quality of life over standard of living” and your life will be richer for it.

Have you read Your Money or Your Life? What did you think? Do you consider yourself frugal?

Disclaimer: This post contains affiliate links. If you purchase anything I recommend here, I’ll receive a small commission at no cost to you. Thanks for supporting the site!

6 thoughts on “Your Money Or Your Life: Chapter 6 (Traveling Book Review)”