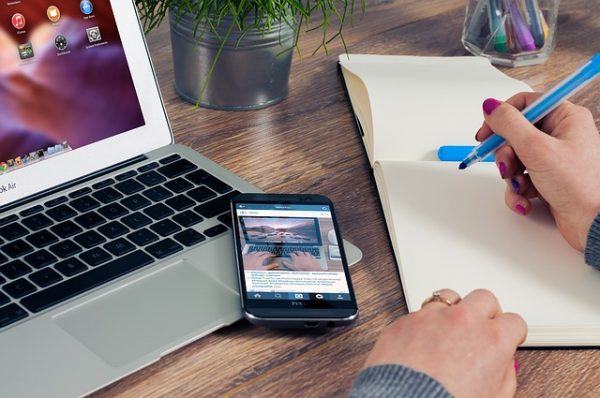 I was at a party last year, and there were several college students there who knew about my blog. They were in the final years of college, and thinking about the next stages of life. One earnestly asked me, “What do I do with my money when I get a job?”

Do you know how to shut down a party? Ask me that question. I can talk about money all night long. Poor kids. But I tried my best to refrain from throwing up money advice all over them, and focused on giving them a few key pieces of advice they could maybe remember. Then I hightailed it out of the kitchen and found some other people to bore.

After our conversation, though, I started thinking about the implications of the question. It’s a well-known fact that we offer little to no personal finance education for high school or even college students. That’s changing, slowly, but as I think about teaching high schoolers, I want to have some actionable advice to give them.

Here’s what I told the guy in the kitchen.

“If you get a job with a 401k, max it out. That may be almost impossible if your job is super low paying, but do your very best to save as much as you possibly can. At the very minimum contribute 10% of your salary, and then, as you get a raise, increase your 401k contribution until you’re maxed out. Do it. You’ll be so, so grateful to yourself for doing this.”

As I know from looking at my paycheck recently, maxing out your 401k won’t affect your take-home pay as much as you think it will, because of a lovely little thing called taxes.

If you live in North Carolina (because I do), and you file as a single taxpayer, probably the most common scenario for recent college grads, your take-home pay, if you’re paid bi-weekly, is going to be $1462.33 in North Carolina, after accounting for federal and state taxes, Social Security and Medicare.

Now, I know that $1880 per month (well, technically a bit more since you’ll be paid 26 times per year) isn’t a lot to live on. But I remember when Mr. ThreeYear and I lived in Atlanta and paid $750 in rent for a 2-bedroom apartment in a nice section of town between the two of us. Yes, I know how long ago that’s been! But because of the wonders of the internet, I quickly did a search and found 2 bedroom, 2 bath apartments for $1250. And Vinings is a really hoity toity place. You could probably find much cheaper apartments by looking only a little bit harder. A 3 bedroom apartment is $1415. If you could find two roommates, your $472 share is only 25% of your take home pay. And those apartments have a fitness center, pool, and tennis.

Of course what throws a big hamper in this strategy is student loans. If you have a ton you have to pay back in student loans, it’s going to be much more difficult to live on $1880 per month (or whatever). I don’t know much about the payback schedules of student loans, since I never had any, but I do know that an extra payment of $500 or so a month is going to make it much harder to make ends meet. Even so, I still believe you should contribute to your 401k because of the power of compound interest. Read on.

We’ve all seen the charts with Sarah SmartyPants and Joe Blow who started saving at 25 and 40, respectively. But as I wrote about here, saving early really is crazily important for your overall net worth. When you save and invest money in your 20s, even a little bit, it has so much more time to grow and double. And that is powerful for your bottom line.

Let’s look at the graph again:

The crazy part of the chart above is, “Jack” only invested $24,000. That turned into almost $300,000 by the time he was 65. If you could manage to max out your 401k even for one or two years, and then stop (which I hope you wouldn’t), you would still be doing such a service to your future self.

When I was at the party and talking to the college kids, I thought about talking about low-fee investment options, but I wisely refrained (their eyes were glazed enough). The truth is, even if you pick a high-fee investment option, you’ve started investing. People tend to not do anything because it’s so confusing to hear about index funds, mutual funds, low fees, etc. I think it’s a better strategy just to focus on signing up, withholding as much as you can in your 401k, and gradually learning about the rest.

Keeping Yourself Out of Trouble

Another good reason for maxing your retirement is that it gives you less money to spend. When I was 22, I was absolutely stupid with my money. I ate out all the time, went out clubbing with my friends, bought tons of new clothes, and did otherwise stupid things with my money.

But if you max out your 401k, you have less money in your paycheck to spend. That’s one of the most brilliant things about the way 401ks are set up: you never see the money. You make one good decision one time, and then learn to live with what’s left.

If you get used to having less money to spend, you’ll spend less. And your 401k balance will continue to grow.

What if you don’t have a 401k at your job? Many companies hire contract workers or don’t have benefits. Never fear! I’ve written an entire post on i401ks, which are basically self-directed 401ks for those without employee-sponsored plans.

The downside is they’re a wee bit more complicated to set up, and you have to make contributions manually, but once you get in the habit, you have all the tax and investing benefits on an employee-sponsored 401k.

Many non-profits have 403bs. They are exactly like 401ks except with a different name. If you have one of those, do exactly as you would with a 401k and put as much money as possible into it.

All the Other Advice

We could continue on to talk about budgeting, buying used cars, not going into debt, and lots of other stuff, but the truth is, sometimes focusing on one big good decision is more important than a thousand good little decisions and no good big decision.

If we can teach people who are just starting out to put as much money as they possibly can in their 401ks, we’re going to have a generation who is much better off several decades down the line and who has learned to live on less than they make, a bit of self-discipline we could all use.

So feel free to forward this to someone you know who’s just starting out. Good luck out there!