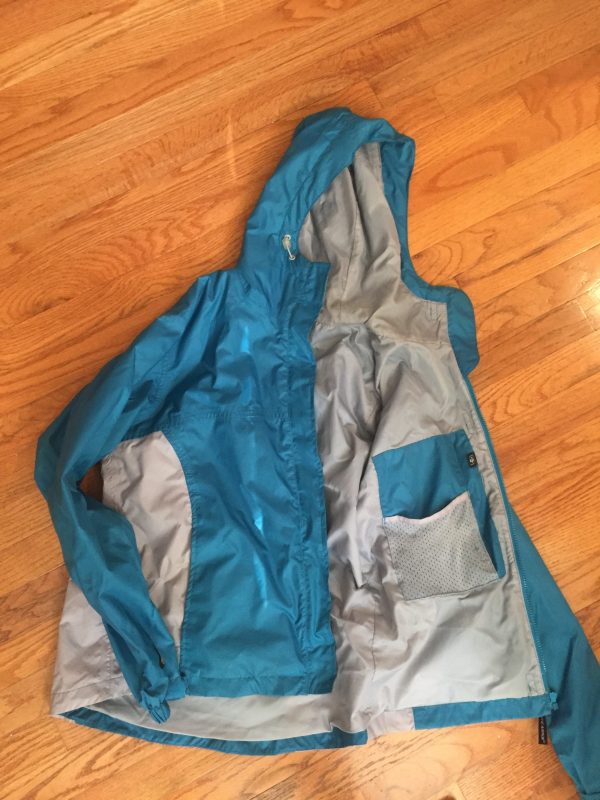 Earlier this school year, my cell phone was stolen.

I’ve never really been sure what happened, and the police have never figured it out, but here’s what I do know.

When I left my garage for school, I had my cell phone in the car with me. Sometime between the time I arrived at school and 10:30, when I realized I didn’t have my phone, my phone was stolen. We (meaning the police, the school administration, and I) believe I left my car unlocked and someone came into the parking lot and stole my phone. I looked up the phone on Find My Phone when I got home that night, and it took a joy ride down to the airport before going dark, forever.

Obviously, I was bummed. Not only did I lose my Iphone 7, which I’d bought the previous summer, and all the pictures in it, but I also had to get a new phone. I did not want to spend another $350 (which is what I’d spent to get the refurbished Iphone 7).

Enter Mr. ThreeYear with a solution. He pulled out my old Iphone, which had a cracked screen, and suggested we take it to get the screen fixed. We took the phone to UBreakIFix, which is an electronics repair store about 15 minutes from our house.

We got a quote for a new screen and a new battery. Because the phone was an older model, both repairs came to less than $100. We went ahead and had the phone repaired, then picked it up later that evening.

We also ordered a new case online from Amazon.

By the time we were finished, it felt like I had a new phone. Sure, the camera wasn’t quite as nice as my previous phone, but it worked, and I paid around $110 to have it refurbished, versus over $350.

Use What You Have

One of the lessons Mr. ThreeYear learned well as a kid growing up in a third world country was that when something breaks, or when something’s stolen, you have to figure out how to move ahead with what you have.

Like the frugal lessons I learned from my in-laws, I’ve learned a lot about making it do from my husband.

They didn’t know the WWII-era proverb growing up, Use it up, wear it out, make it do, or do without, they just lived it. Making do was part and parcel of my in-laws’ DNA.

When something broke, instead of rushing out and buying a new version, they fixed it.

Since we’ve collectively been in quarantine as a world, I have no doubt that this old proverb has been lived out by millions of people around the planet.

As a nation, we’re not used to facing shortages, but since March we’ve had to make do with shortages of toilet paper and paper towels, alcohol, Clorox wipes, dish soap, and now meat (good thing this was the year we’ve opted to eat more vegetarian!).

We’ve been forced to use what we have, because we can’t get more, or we shouldn’t drive around to four or five stores to look for that ingredient we’re missing.

When our family was at the beach two weeks ago (we have a family beach house and were able to quarantine ourselves there), I was determined to eat just what we brought. The last few days were tricky, but we persisted, and I ended up making this cake with no eggs or butter, and showing Little ThreeYear that you could, in fact, survive without red peppers for a few days.

Old Lessons for These Times

It’s amazing how quickly our country forgot the lessons of just two or three generations past, but how quickly we’re picking them up again. I’ve seen commercials for Victory Gardens, tutorials for making masks out of old clothing, and articles about the uptick in hunting for meat.

Collectively, this crisis seems to have made us wake up and think about how vulnerable parts of our supply chain are. The more we are able to be flexible and creative, the better off we’ll be as a society. One blogger I follow, a member of the Mormon church, hasn’t gone to the grocery store in eight weeks. Oh, and she has six kids (or is it seven?). Apparently, her church encourages its congregants to store food, so she and her husband are using the food storage they’ve built up for years to feed their family.

While I’m not probably going to start storing food like that, I am definitely thinking more about what food we buy, food waste, and helping my family learn the lessons of making it do.

Most of these lessons revolve around food. What can I say?

Junior ThreeYear, who is rounding the curve into his teenage years, snarfs any and all carbs in the house in a matter of days. On Friday, he had run out of three bags of tortilla chips, two bags of potato chips, one giant box of Cheerios, two boxes of graham crackers, and who knows what else. He dug into the back of the pantry and found an old, half eaten bag of crackers to tide him over until grocery day the next day.

Making do is definitely a New England value that I saw lived out time and again when we were in New Hampshire. I suspect one of the reasons there’s more wealth there is because they don’t spend as much money on themselves (their clothes, their cars, their houses) as people do in the South. It’s a deep-rooted cultural difference that stems, no doubt, from the differences in our European-settler-ancestors, but in modern-day times it means that people’s clothing, cars, and houses in New England look imperfect, but it’s because they use their things up until there’s actually no utility left in the item, not just until it’s out of style.

The yard sales in New England were the worst. Nobody gets rid of anything until it’s truly used up, so there were never any good finds! That’s unlike Atlanta yard sales, where people tossed a beautiful brass chandelier for $30 (which is still hanging in my first house and which I still regret not taking with me when we moved), a brand-new dresser, and countless other goods that were a little worn.

Used Is Good for Your Wallet, Good for the Earth

Used stuff is good for your wallet and good for the planet. I’m glad we have found the used treasures that we have on Facebook Marketplace. Mr. ThreeYear’s favorite pasttime is scouting deals.

It’s been fun to find some things used on Marketplace. That’s the ultimate in making do. You have to make do with a reduced selection and find something that works for you.

I know this stuff isn’t going into the landfill. I get beautiful, already-put-together furniture for less money.

There’s a whole slew of millennial zero-wasters who only shopped second-hand clothing stores. And the stuff they find is amazing.

Sometimes I Don’t Want to Make Do

The irony of the topic of this post is not lost on me. I just had a full-on melt-down tantrum where I yelled at Mr. ThreeYear that I was tired of always buying used stuff, that I was a grown-ass woman with enough money in the bank to buy some new furniture.

I am large–I contain multitudes, as Whitman says.

Making do is great, until it’s not.

Sometimes I don’t want the gd used furniture. I judged people in New England for their old houses (sorry, friends–I am shallow).

I have a lot of used in my house, as I’ve said–used phone, used furniture, used clothing, things that have lasted me many years that I haven’t replaced.

There’s also a time when it’s ok if something’s not working for you anymore.

We have to let ourselves have room in our lives for pleasure. And I’m not saying we should abandon financial prudence, or good sense, but especially in this difficult and uncertain time, we have to give ourselves space for behaviors that may not fit into our “ideal person” construct.

I’m currently sitting in the house my dad bought, against all of my financial advice, and which our family has enjoyed immensely. I have just photographed my view. I am staring at a heron (a heron!) as I sip my coffee. (And I just had to go Google that, because I always get herons and egrets mixed up. And I now think I may be staring at an egret but who knows for sure).

My family spent a lot of money moving to the South. And I am glad. So glad. We made do in New Hampshire for many years. And I didn’t want to, couldn’t, anymore. My heart was telling me, too loudly to ignore, that life had to change.

I will make it do with the things I don’t care about (here’s looking at you, old sneakers that I didn’t replace for years until my mom gifted me a new pair). And I will spend glorious, carefully managed dollars on the things I care about (I’m eyeing you, beautiful cream rug for the music room).

Making do is great. And I’ll probably use my Iphone 6 until Apple forces its obsolescence. But I’m also a grown-ass woman, and I’m buying that new rug.