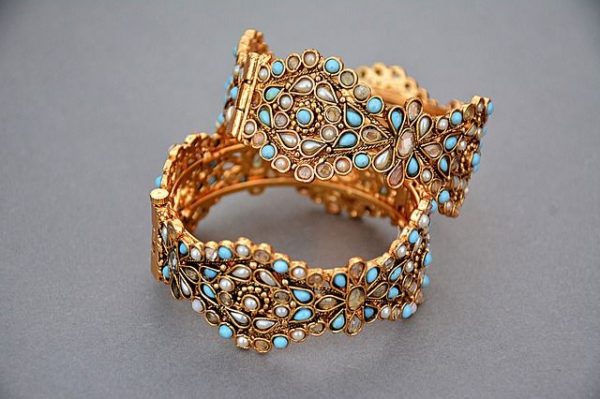 A few days ago, Mr. ThreeYear and I were walking out of the grocery store with our masks on, avoiding other shoppers who were walking in, and I was struck: “This is so weird. I cannot believe the world changed this much in just a couple of weeks.”

Life itself is constantly giving us reminders that our earth is ever-changing, ever-evolving. We are reminded of that by the rise and fall of the sun each day, by the changing seasons. By children who grow so quickly that pants you bought them in October no longer fit them in February.

Yet I, at least, find myself trying to keep things the same.

Most of the quarantine has been an exercise in the small ways I try to exercise control over an uncontrollable situation. I’ve set up a schedule for the family, made sure everyone has tasks and jobs, made sure we all have a space to work in and stay in that space. Of course, my life now is one giant interruption, with Little ThreeYear popping his head in my “office” (the guest room) every three minutes when he has a question about school.

While we were riding to the beach I told the boys about Virginia Woolf and “A Room of One’s Own.” I talked about the importance of women having a place they could write, or otherwise create, a space where they could be alone to think.

And Little ThreeYear tapped in to the very heart of things, “but what about women who live in small houses? How can they have a room of their own?” There’s not a lot of room in a single-wide trailer, in a two-bedroom apartment, in a one-bedroom lean-to. I know, objectively, that we occupy a very small subset of world wealth. I’ve been writing about that a long time. But when you live in a bubble (especially now) you forget how rich you really are. As I wrote several years ago:

My family goes from manicured country club streets to manicured gated beach community streets. We don’t see or hear about people who are struggling, except in a very generalized way–“people are really struggling right now; 30 million people filed unemployment.”

I was devouring budgeting videos on YouTube in an effort to get better at budgeting, and I watched this woman’s channel who was clearly working as hard as she possibly could to change her family’s financial situation. She talked a lot about saving up $1000 so they could have a cushion. Their family of six had roughly $2000 a month to spend. And they lived in NYC, a city with a notoriously high cost of living. Her budgeting videos abruptly stopped after Covid started.

The amount of layoffs and furloughs are staggering. And they’re taking a staggering toll. My friend told me a man in her company who was laid off committed suicide two weeks ago.

I remember the fear and uncertainty Mr. ThreeYear and I felt when he was laid off. It was almost enough to break us, and this was with him finding a new job within a month, and the knowledge that we had family who would help us if we had trouble paying any bills.

I grew up like this: one day, as I was driving out of my driveway, in the small Southern town I grew up in, I turned too sharply and drove my car into the ditch that lined each side of my drive. I got out of my car, unsure of what to do. Within ten minutes a man in a big truck drove by, attached a chain to the front of my trusty Taurus, and pulled the car out of the ditch for me. I used to think I had a special angel watching out for me. That wasn’t the first time something like that happened. Things like that happened for me all the time. I realize now that I had the luck to be born into a wealthy, white family and not be unfortunate-looking, as well as have parents who held prominent roles in our small community. That changed the way people interacted with me for my entire life, and the way I expected people to treat me. My husband always gets so annoyed by the stories I tell of my time in Santiago, when I wouldn’t have enough bus fair, and I’d bat my eyelashes, and ask the driver, “llévame por $100?” which meant, “will you take one third of the bus fare this time since I’m short on pesos?” That happened dozens of times and they never refused. Ever.

Mr. ThreeYear grew up like this: one day, shortly after his dad had died of a brain tumor, his mom got the electric bill. It was the equivalent of $.50 higher than normal, and she started yelling and completely losing her sh%t because she had no idea how they were going to pay it. That led, directly or indirectly, Mr. ThreeYear to go to the shoe factory next door and ask for spare pieces of wood so they could burn them for heat. On one of those many trips, as he was rolling the wood home in his little cart, a girl he liked in the 8th grade walked by. He knew, as she walked by, that she would realize how poor they were because he was collecting cast-off wood to heat their house. And he felt ashamed and unworthy. That background meant that Mr. ThreeYear had zero mental safety net in his life. If something bad happened, he and his immediate family had to figure it out. Because nobody else had money to help. He has dozens of stories like that. The safety and security I felt my entire life were absent in his.

Ugh. Those stories of my husband, of imaging him suffering so much when he was the age Junior ThreeYear is now, are so hard to hear. I’m sure they were just as much fun to live through.

Despite all of his struggle, nay, because of it, he is a stronger man now. When he faces a struggle, he doesn’t back away. He pushes through. He’s also developed strength from living through so much hard. But of course now he has some resources he didn’t have as a child. He has an economic safety net in the form of an extended family who can help, financially, if he needs it. He has a supportive spouse. He has the means to go to counseling and talk through some of the unresolved issues around his father’s death.

A lot of the people who are struggling, financially or otherwise, are surrounded with family who can’t help, who may, in fact, be asking for help. They may be surrounded by people who need emotional support, instead of being able to give it.

And yet, I found this quote recently, by Ivy Baker Priest: “The world is round and the place that seems like the end may also be the beginning.”

Many Native American tribes believe in this idea of life, and everything you experience inside of it, being a circle. When something happens that feels like death, it might be the beginning of a new life. It also means that what happens to you, and how you deal with it, affects everyone around you. How others work through their own challenges affects you.

When, as a community, we think of ourselves as a circle, rather than a line, or a race up a mountain, we are all better off. Because sooner, or later, if people who are struggling fail, it will affect our lives.

In our family, we do the smallest things we can to help others–sharing extra resources with neighbors, sending money to unemployed family members, continuing to pay people who can no longer give us the same services because of Covid.

As a woman who has grown up in a privileged set of circumstances, it is my duty to help others when I can.

And we know that people will do the same for us again when we need it. It’s not that we’re expecting it, it’s just that we have seen, time and again, that life works out that way.

We aren’t perfect, either. We’re blind to a lot of need, as I mentioned earlier in my post. We don’t give a 10% tithe and haven’t in several years. Our lives are too insular. We don’t volunteer in our soup kitchen or homeless shelter. Because we get “too busy” with other things.

However, rather than kicking myself for how much I suck, I am trying to work on continuing to see more people who are hurting around me, and trying to help more, teach my kids to help more, and model that behavior myself.

The more we can embrace the circle, and see people who are hurting as part of our own journey, the better off we’ll all be.

12 thoughts on “The Circular Economy”