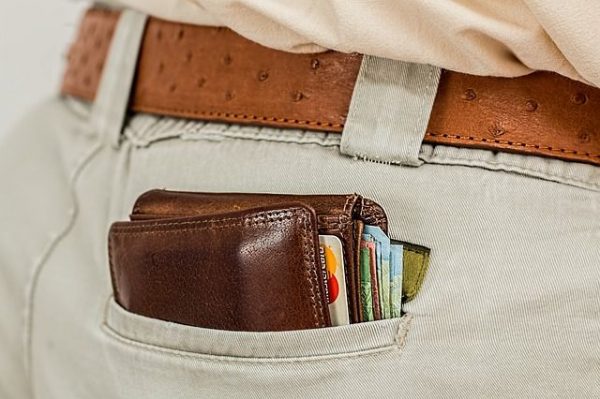 Have you ever gotten an unexpected check in the mail or a big tax refund, and your first impulse is to go spend it on something amazing that you wouldn’t normally buy yourself, like a lavish dinner? Me too. Why do we do that and how do we make better choices with these “bonus” windfalls?

I know that money is fungible, that I can use any part of my money on any one of my expenses, even though I have different mental buckets for my money. So rationally, I would add those bonus windfalls to my biggest goal of the moment, doubling my net worth. But that’s not always how it works.

We use mental accounting, or dividing our money up into “mental buckets,” for a lot of reasons. It’s a lot easier to think “I have $700 to spend on groceries this month” than to pull it out of one big account. That’s too confusing and I might spend too much without those mental buckets in place to help me categorize things. If we get extra money that falls outside of those buckets, then it does feel like extra, and shouldn’t have to be spent according to the same rules. 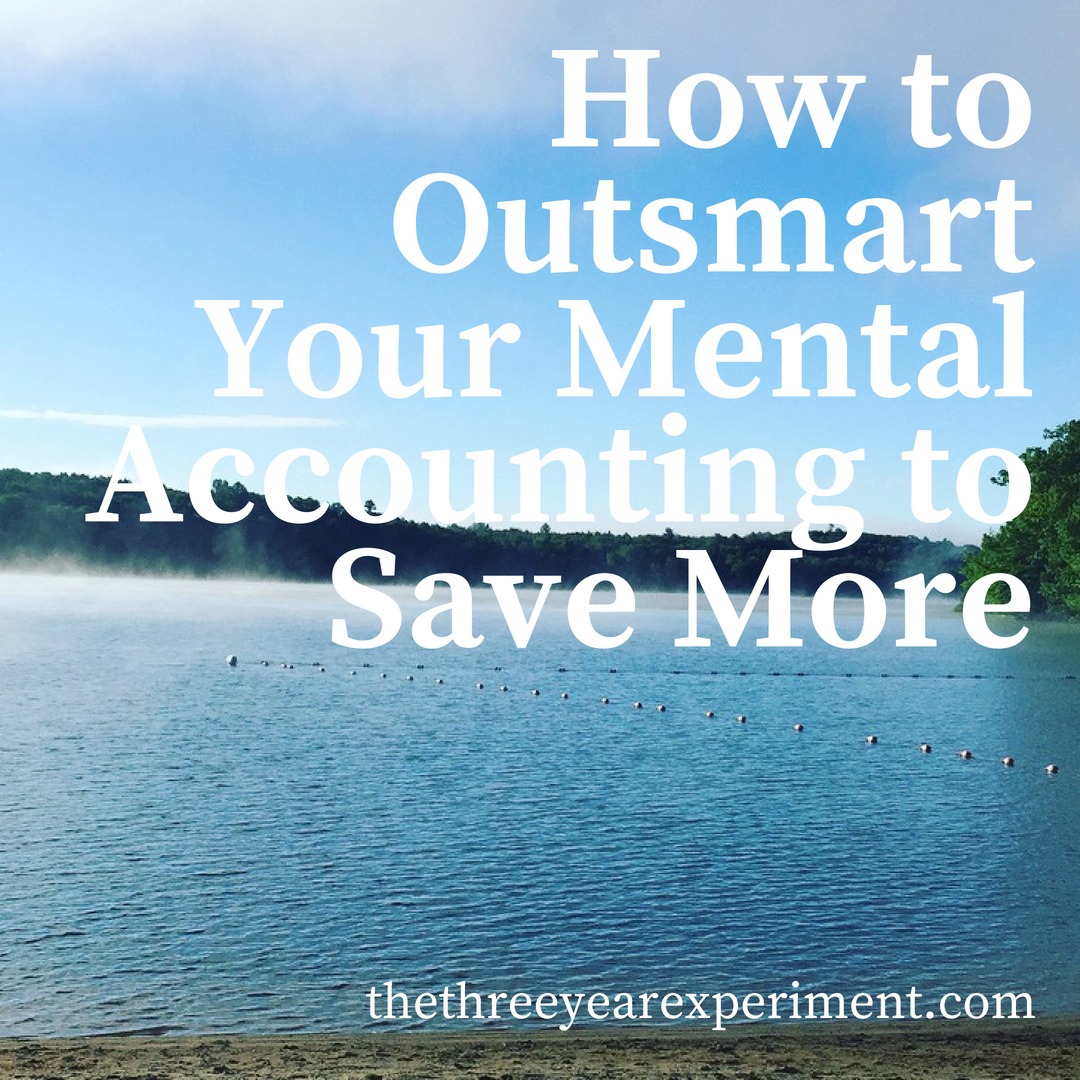 We humans are not rational creatures (however you feel about that). Adam Smith, known as the founder of modern economics, believed that humans acted in their best interests and would therefore make the most rational choice in terms of creating (and purchasing) the ideal number of widgets, which would allow our capitalist society to hum along with outside interference. Producers and consumers would work together, rationally buying and selling, based on their needs.

However, in the 1970s, two men came along and founded what we now call behavioral economics–the intersection of economics and psychology that seeks to explain why humans do inexplicable things with their money, time, and other scarce resources. These guys were named Amos Tversky and Daniel Kahneman. To learn more about them read this fabulous New Yorker review of a book about their friendship, The Undoing Project by Michael Lewis, the same guy who wrote Moneyball. I’ve written about some of their work before, specifically, the availability heuristic.

Basically, these guys figured out that we weren’t rational, but we were predictably irrational. Why was that such a breakthrough? Because they pinpointed the ways that we are habitually bone-heads, and wrote about them so that we’d all be a little bit more aware and plan ways around our inherent irrationality. If it’s predictable, you can plan for it.

Kahneman and Tversky ran an experiment to explain how people categorize money in their heads in weird ways, especially when it comes to avoiding losing money.

Consider your answers to the following questions.

Scenario 1: Let’s say you’re going to watch a movie, and you’ve bought a ticket for $10. On the way to the theater, you realize you’ve lost the ticket. The ticket office doesn’t keep records so you’ll have to buy a new ticket to watch the movie. Would you pau $10 for another ticket?

Scenario 2: You’ve decided to watch a movie tonight and the ticket costs $10. As you enter the theater, you realize that you’ve lost a $10 bill on the way. Would you still pay $10 for a ticket?

Losing the $10 bill, however, just feels like money from their general fund, so buying another $10 ticket doesn’t hurt as much, because it doesn’t feel like they paid as much money. In other words, the loss doesn’t feel as big.

We categorize money into these mental buckets all the time. Think about tax refunds again. Why do we voluntarily give the government more money all throughout the year, and then at tax time, get so happy when a fat refund check comes our way? It’s our money, and we’re losing out on the enjoyment of it all year long because we’re withholding more than we need to. The answer is, because when we get it back in the form of a refund, it feels like a “bonus” and we don’t feel compelled to spend it on responsible purchases like debt pay down or investments. We can spend it on buying a car or a new TV without it feeling like a loss.

I did this the other day. We received a refund Visa card with $70 on it because of a tire purchase we’d made last month, and because it felt like extra money, I decided to use it for a sushi dinner. I knew what I was doing as I spent it, but it still felt easier to buy the sushi dinner with the “extra money” than have it come out of my regular budget.

One way to outsmart yourself when it comes to mental accounting is to frame your outcomes differently so you avoid thinking about losing something.

Let’s look at two options posed by Kahneman and Tversky:

People tend to be risk averse, so it’s probably no surprise that in Scenario 1, an overwhelming majority (72%) picked Program A, where a guaranteed 200 people will be saved, as opposed to a scenario that involves losing 600 lives. But if we word the choice differently, we get different responses. In Scenario 2, 78% of respondents picked Scenario 2, where there is a 1/3 chance that nobody dies.

It’s the same question. And yet respondents picked opposite responses when the choices were framed differently. Even when they were presented with their choices side by side, they still picked the same answers.

Kahneman and Tversky acknowledge how difficult this is, especially when evaluating business decisions. “This is the rationale for the standard admonition to students of business, that they should consider each decision problem in terms of total assets rather than in terms of gains or losses (Schlaifer, 1959). Such a representation would avoid the violations of invariance illustrated in the previous problems, but the advice is easier to give than to follow.”

In other words, if we can keep our total net worth in mind when making decisions about our money, we’ll do better than thinking about it in terms of gaining or losing money. But that’s hard to do.

Cicily Maton, writing in the Wall Street Journal, explains how this applies to your stock portfolio:

Behavioral finance says that in situations where the stock market is dropping, people’s fight-or-flight impulse causes their thinking to get compromised. At my practice we have been able to use mental accounting to counter this tendency and persuade clients to leave the equity portion of their portfolio alone until it recovers.

They do this by asking clients how much cash they’ll need for emergencies over the next two years. Then they remind clients that they have that much in the cash/bond portion of their portfolios. This way, people think through their knee-jerk, panicked reaction to a stock market drop and realize they don’t need to sell, after all.

So how do we outsmart ourselves when it comes to extra money? One way is to create rules for yourself. This year, for example, I told myself that every extra dollar we received would be put into an investment fund. One of my goals for 2018 was to start a taxable investment fund, so by putting our extra money into an “investment bucket” in my YNAB account, I’m making progress toward my goal. I’ve framed the windfall in terms of helping me achieve my goal, which is an exciting feeling. I’m not “losing” the money by contributing it to my regular expenses; I’m using it to help me achieve something that will bring me happiness. Now, when I receive “extra” money, I’ve already mentally accounted for it and I’m less likely to waste it.

Unfortunately, my rule didn’t work for the Visa card, because there wasn’t a way to put it into my account. I had to spend it and it wasn’t accounted for in my earnings.

Oh well. We can’t win ’em all. What ways do you have for outsmarting yourself when it comes to windfalls?