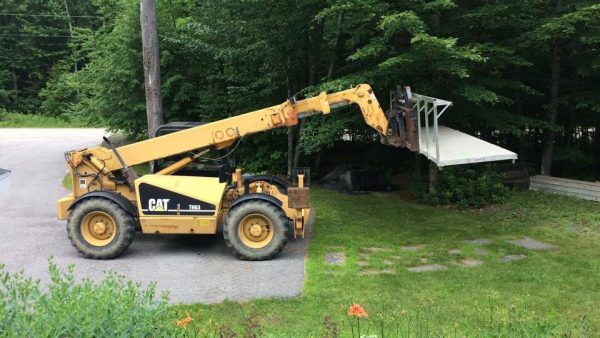 Six months into the year already! Time for another money challenge, the monthly challenges I give myself or my household to improve our spending habits or make us better stewards of the planet’s resources.

Last month, I read that the third top way to mitigate global warming is to reduce food waste.

And the fourth top way is eating a plant rich diet.

So during the month of May, I paid attention to how much food we wasted, and worked to decrease what we threw away.

In preparation for May’s challenge, I wrote a post about ways to eliminate food waste. I thought about when we’ve done the best at eliminating waste, and came up with the top methods we’ve used for keeping our food waste down.

The biggest change this month was that my efforts to bring curbside composting to my neighborhood finally came to fruition and we started our compost service. The great part of that was that we started composting. The negative part was that it made how much food we wasted abundantly clear.

It also ended up being a very busy month and I didn’t end up doing very well in changing my behavior around food waste.

Here’s my biggest takeaway from the month: in order to reduce food waste, my family needs to buy less food.

That sounds so easy, and economical, that it’s almost a no brainer. But changing habits and behavior is proving to be harder than a blanket statement. My family is loud and insistent about me buying a certain amount of food (I was too when I was younger).

I need to be consistent about going through the refrigerator and prepping food or inventorying, and because I’ve been busy, I haven’t been doing that.

I did well for a couple of weeks (as you can see below), but after that, I bought two much at the store for two weeks in a row and our fridge, freezer, and shelves are overflowing with food.

I think this month showed me why food waste is such a big problem in this country, and a lot of it is rooted in how we view food. Oftentimes, we’ll throw something out because it’s past its expiration date or because it smells a little iffy.

We’re surrounded by food all the time, so we forget the precious resource that our food is and we take it for granted.

Have you ever read Hatchet? It’s a book for young kids written by Gary Paulsen, about a boy who crashes in the Canadian wilderness alone after his pilot has a heart attack, and is left to fend for himself for months.

At the end of the book he walks the supermarket aisles in wonder, marveling at the amount of food there for the taking, after desperately hunting and gathering in the woods all those months.

Once in a while, when I’m in the grocery store, I’ll remember the sentiments of Mikhail Gorbachev, former leader of the USSR. He visited the US in 1989, making an unscheduled stop at a grocery store. There was so much variety and choice at the store, he thought it was staged, and couldn’t believe there were stores like this all over the country, when the people of his country regularly had to line up for hours just to buy the basics.

This visit, as he wrote in his biography, was the beginning of the end for him, the moment when he realized that the Communist system didn’t work, and his huge, rich country had been reduced to poverty.

Having access to so much food is such a gift. Being able to pay for it is an equally large gift. I’m going to continue to work to waste less food–it’s not a month-long effort; it’s a life-long effort.

We will continue to be aware of our food waste, especially since we have a compost bin that is smaller than our former one, so we really have to be careful as we fill it up.

But this month I have a new challenge for myself: making repairs.

We’ve been in our new house almost a year, and we’ve let some things go. There are smoke detectors that need batteries, bed frames that need to be put together, drawers that have broken, sinks without drains.

In short, I need to take my own advice and fix what’s broken. I’ve argued before that repairing broken items in your home gives you better mental bandwidth and I definitely believe that still.

I’m a procrastinator, so I will let something go unfixed for a long time. But every time I pass it, there’s a little part of my brain that says, “that needs fixing.” It gets to the point where there are so many things like that in my house that it becomes hard to be in my house because there are so many of those unfixed places.

I know why I procrastinate–it’s because I don’t know how to get started. But sometimes, just getting started forces you to figure the problem out.

This weekend, we’re going to put that bed frame together. And make some of the repairs that are needed in our house.

Even if these repairs cost a bit of money, I think that long term, they’ll allow us to live in a more contented way so that we’re less likely to go buy something to fill the hole.

I’ll report back in July and let you know how much we’ve gotten done.

Happy June! What are you doing this month to get better at money stuff?

2 thoughts on “A Year of Good Money: Make Repairs”