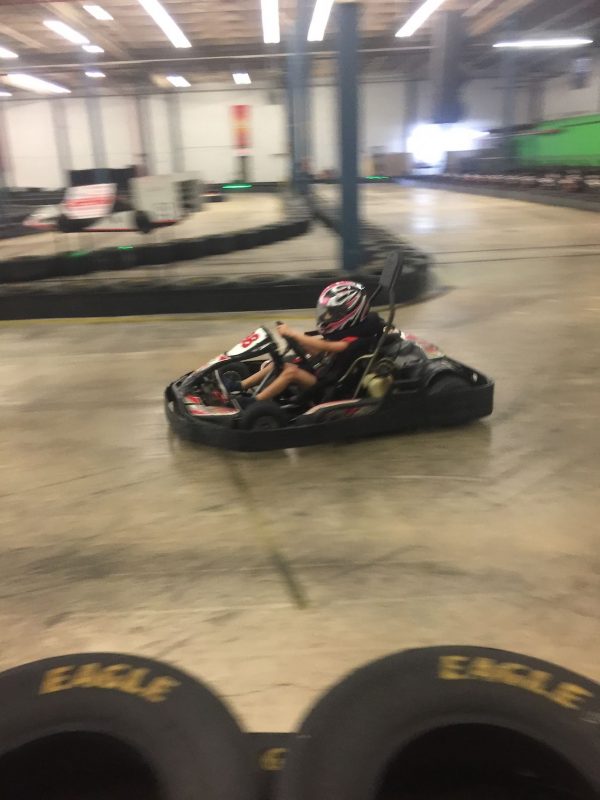 I pulled a shirt out of the wash the other day. It was one I’d bought for Junior ThreeYear, many years ago, from our elementary school in New Hampshire. You could have the shirt personalized, so on the back I’d had our last name printed.

Now Little ThreeYear is wearing the shirt, and because I’d put our last name on the back, it doesn’t feel as much like a hand-me-down from his brother.

I realized, while looking at the shirt, that I’ve gotten in the habit of thinking very long term in my life. For example, I put our last name on the back of the shirt because I knew it would be used by both boys. When I buy clothes I think about if they’ll last for both my kids, because I’ve always played the long game with the kids’ clothing.

According to my highly-unscientific Google search, the term is British, and comes from whist , a card game popular in the 1800s that, because of its length, was shortened. Therefore, you had the original long game and the shortened, or short game. Americans will claim the term comes from American football and the idea of advancing by throwing the ball down the field.

The term has now changed, of course, to mean a strategy of considering the longer-term consequences of your actions. For example, had I played the short game with the boys’ tee-shirt, it would inevitably be relegated to the back of the drawer since my younger son would not wear a shirt with his brother’s name on the back. His last name is much cooler.

Playing the short game isn’t all bad, of course. Sometimes, we need to make decisions for our short-term health or wealth. There are times when driving through the McDonald’s line stopped a melt-down with my kids. Not thinking about long-term health consequences in that moment, let me tell you. I could argue that Mr. ThreeYear and I made a short-term decision when we bought our house. We needed a place to live and work and didn’t take the time to think through the long-term ramifications of our home purchase.

Still, in our fast-paced world, financial bloggers are known for being long-term thinkers. Especially in our money lives, we plan for years in advance.

Ignore the Short Game at Our Peril?

There are those who would argue that denying ourselves good things now will come back to haunt us, as we might never have memories of any fun or entertainment in our youth to look back on.

And I’ll admit, this is certainly a valid concern, especially with those who can become so dogmatic about saving and investing they forget about the here and now.

My mother grew up in a household where my grandfather was so against spending any money she has no memory of ever going out to eat at a restaurant. He made a very good salary, too. Guess who goes out to eat now as much as she wants?

My friend’s husband is terrified of not hitting his savings goals. Terrified is an appropriate word, I think. Even though they’re millionaires, and will inherit millions more from frugal parents, she has to beg him to book vacations to go visit family. What is $2000 more in savings per year over spending time with your loved ones (especially when you’re saving waaaay more than that each year)?

We often tell ourselves that we’re giving our kids time with us, or financial security, but we can definitely take the long game too far.

I think it’s important to allow ourselves room for some balance. Focusing on the present means we make sure to take care of people’s right now needs, which cannot be ignored indefinitely while we pursue future endeavors.

That being said, our society is so focused on the here-and-now that we often forget to plan for the future.

I have the unique vantage point of living in a community where many people employ only short-term thinking. They don’t plan for retirement, or have a vague, hazy idea of “one day” getting there. It’s much more common for people to focus on getting the most they possibly can–house, car, clothing–to show off their wealth and status right now, without contemplating whether in the future, their financial situations might change. And financial situations inevitably change.

Mr. ThreeYear and I seriously contemplated buying another house recently, because this one isn’t great in several specific ways. BUT, then we reviewed our long-term goals and realized that upgrading houses didn’t jive in almost any way with our long-term plan.

“Do you want a bigger house or do you want to retire in nine years?” I finally asked Mr. ThreeYear. He and I both decided we’d much rather retire earlier than live in a bigger house for a few years.

We were able to think that way because we have our long-term goals (and values) clear, most of the time, anyway. We did decide to make some short-term upgrades to the house to make it more livable for us. And that trade-off feels much more agreeable and in-line with our goals.

How to Play the Long Game

How do you become a more long-term thinker? Mr. ThreeYear and I started with very short-term goals. We wanted to get out of debt. So all we could think about was about eighteen months out, when we would finish paying off our debt.

That was definitely longer-term thinking than we’d been doing, but we couldn’t start out our financial journey by thinking about retiring ten or twenty years hence. That was way too far out for us. We had to start by allowing ourselves to imagine just a couple of years in the future, when we’d no longer have any debt.

We got in the habit of budgeting for the entire month, instead of just thinking about what bills our next paycheck would cover.

Once we were out of debt, we eventually worked up to maxing out Mr. ThreeYear’s 401K.

But the best thing we did to encourage more longer-term thinking was to make ourselves plan out our financial situation over the next year, 5 years, and 10 years.

Have you ever done this?

The really cool part of it is arriving at the years you’ve written down and seeing if what you wrote down matches reality. For us, sometimes we’ve met our goals, sometimes our goals have changed, and sometimes we’ve missed. But we’ve always gotten way farther than I ever thought we would.

Getting off social media has definitely helped me stop thinking so short-term. After reading Cal Newport’s book this Spring, I deleted Instagram and Twitter from my accounts. I very rarely look at Facebook any more. When I do, I notice my anxiety about friendships increases. I tend to become more dissatisfied with the things I have.

Social media has made all of us who use it a bit more focused on the short-term. We focus more on appearances and what things seem to be. It makes it hard for us to see the whole picture of someone’s life when they just post the highlights: “Wow, they’re on a vacation in Costa Rica! We haven’t ever been to Costa Rica. How can they afford that? They must be doing so well,” etc. Even having a short conversation with someone reveals more of the complexity of a situation than a social media post: “Yeah, we’d been saving for that trip forever. It was so much fun but Charlie got so sick on the plane ride down and ended up throwing up all over the flight attendant!” etc.

Getting better at playing the long game makes it easier to finish a run (“In 10 years I’ll thank myself for putting myself through this now”), max out my 403b (“This balance will one day be huge and otherwise I’d just spend this money”), and save in our taxable fund (“We’ll need this money one day when we retire early”).

It casts those decisions in a longer time frame, so I can consider the impact not just in the here-and-now, when things tend to feel hard and boring, but in the longer-term, so I will choose decisions that will make my life better in a decade.

Becoming a long-term thinker has been a slow process and I’m still bad at it sometimes, but I’ve gotten better at playing the long game. And as we end the Twenty-Teens (whether or not you’re of the opinion that we’re entering a new decade in 2020), it’s probably a great time to set up a decade-long plan for your health, wealth, and happiness.

I set up a “Decade of Destiny” chart way back in 2011, and it ends at the end of 2020. And most of the things we set out to achieve at the beginning of the decade have been achieved.

Because the years… they will pass. So might as well plan for them.

Merry Christmas and happy holidays everyone!

3 thoughts on “The Long Game”