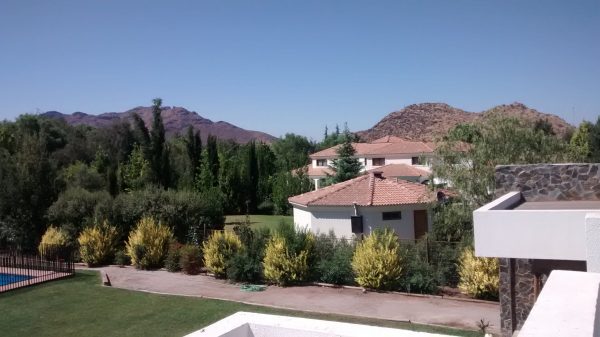 As many long-time readers of this blog know, I am a spender. I am not particularly frugal, or even somewhat frugal.

I believe that part of this blog’s purpose is to encourage people who aren’t particularly frugal that they, too, can create financial freedom in their lives.

I’m going to be honest: you will not create massive assets or be able to retire early without some sacrifice. You just cannot spend everything you have and save nothing and become financially independent. Not gonna happen.

HOWEVER, it is very possible to train yourself to stop going in to debt for the things you want to buy and trick yourself into saving. I know because I’ve done it. It’s not instantaneous and it takes persistence to develop some of the habits you’ll need, but it is very possible. Trust me because I’ve been there. Maybe it’ll take you a little longer to get to FI. But you can get there.

It’s Your Life and Your Spending, Yo

Here’s the thing: as cool as frugality is, and as useful as it is to rein in your spending and save more, it’s not for everybody. It’s YOUR life, and if you want to spend it regularly eating out and buying lattes at Starbucks, you can!

This philosophy is called values-based spending, and it’s the one I personally employ. Basically, you figure out what your values are, and you spend on them. Then, you save in areas that don’t mean as much to you.

Permit me to make some broad generalizations here. I’ve known many natural savers in my life. They tend to be analytical, thoughtful, restrained with their life decisions. Perhaps they’re drawn to professions where they’re called to carefully analyze or cooly calculate.

We spenders, well, we’re a different breed. We may be characterized as the life of the party. We feel our feelings strongly. We’re passionate. We get heated up and excited, and we don’t tend to cooly analyze decisions before we make them. We go on gut. We’re impulsive.

I said these were broad generalizations. Maybe you’re a saver, despite being a hot-blooded, emotional extrovert. Perhaps you grew up with frugal parents or life smacked you around early on and taught you some good lessons. Or, perhaps you’re a cool, analytical spender who can’t save five bucks from a million. Whatever your make-up, we can all learn to use our money more wisely.

My point really is, you are who you are, so you might as well embrace that and learn to work with, not against, your personality.

The Path We Took from DEBT to FI

Both of us graduated college with no student loan debt. We got jobs in our 20s and had no car loans. No credit card debt. No debt of any kind.

Then we bought an apartment in Chile. We took out a 15-year ARM, putting 20% down (from money we had saved and some money we borrowed from my parents).

We moved to Atlanta, got jobs, and promptly got into consumer debt: $38,000. Car loans and credit card debt, primarily.

When I had my financial awakening (July 4th, 2008), I came home from the bookstore with a copy of Your Total Money Makeover. I convinced Mr. ThreeYear that we had to kill our debt. Here’s what we did:

Luckily for us, we had some cash in the bank. That was because, in January, Mr. ThreeYear had been laid off from his job, got a severance package, and promptly found another job one month later. So we still had some severance in our savings account. We set aside $1,000 of it into a baby emergency fund, and used the rest to put towards our debt.

Without a doubt, creating a budget was the best thing I ever taught my spendy self to do. Even though I didn’t stay within my budget for ten years!, I still spent less than if I didn’t have it.

Setting a budget created artificial parameters around my money that helped me tell myself no. It also helped us hone our values, as we were forced to determine what was a more important way to spend our dollars, each and every month.

We set our first budget in August and limped our way to getting out of debt from there. We did cut out some extras in our budget, like our yard service, our housekeeper, and our pest control. We kept a lot, like eating out. It was an imperfect process, but because we could only spend the amount of money we had, and weren’t using credit cards any longer (we’d frozen them in the freezer at the beginning of our debt payoff), then we weren’t getting more into debt.

3. We paid ourselves first.

One of the ways we tricked ourselves into saving was to save a bunch in Mr. ThreeYear’s 401K. Then, we didn’t even see the money or miss it. We’ve continued this strategy and it is by far the most effective savings strategy we employ. If we have money lying around, we tend to spend it. But if it’s tucked away into an investment account somewhere, we’re not tempted to spend it.

We started by saving 7% of his income, to get the employer match. Then, each year, when he got a raise, we increased his withholding by the same percentage as his raise. It didn’t take too many years to max out his 401K (admittedly, he’s a high income earner). But because we did it that way, we never got used to the extra income at raise time and kept spending the same amount, year after year, all while saving more.

Eventually, after 18 months, we paid off the $38,000. Then, when we moved to New Hampshire and bought a house, we took out two car loans. We paid those off in 2017, and vowed never to take out a car loan again.

Even though it took years, we switched from a “debt” mentality to a “save up cash” mentality.

As a spender, that’s key. You can buy the stuff you want, but you have to save up for it.

If you can’t buy it in cash, you can’t afford it.

My dad is a spender. Way more than I am. But one thing he’s good at is making more money when he wants to buy something. And he wants to buy a lot of somethings. If he has a goal, though, and doesn’t have the cash to buy it, he figures out a way to make extra money so he can buy it.

We spenders may never completely curb our consumerist tendencies. But if there’s something you want, go get a second job or start a side hustle to pay for it. Remember, if you can’t buy it in cash, you can’t afford it.

Don’t hang around with people who throw their money around, please. Really. Find a nice, middle class suburb filled with people who drive very used practical cars and mow their own lawns. I’m telling you from experience: your life will be easier and you will spend less.

If you’re surrounded by people who talk about the new thing they bought every day you’ll be destined to fail. Run, don’t walk, to find friends who spend less than you.

They’ll teach you things you didn’t know you needed to know, like how to save your veggie scraps to make broth, or to put water in your shampoo bottle to use up every last drop.

Save On the Big Three, Spender

Look, you want to go to Target every month and drop hundreds on cutsie tops and home decor? Fine (values-based spending). But consider radically reducing your spending on HOUSING, TRANSPORTATION, and FOOD.

We bought an expensive house when we moved to Davidson, but we made sure we could afford to put 25% down and take out a 15-year mortgage. And our plan is to have the house paid off by the time we retire in ten years. Because of the 15-year mortgage, we’re building up equity faster and we have less money to waste on other stuff (again, we’re working against our spendy tendencies).

We have decided we don’t care about the cars we drive, so we buy older used cars. We currently have a Prius and a Pilot. One small, gas-sipping car for town, one behemoth SUV for road trips to the beach with the dog and the kids. Neither cost more than $15K and we bought the Pilot with cash (we took out a car loan on the Prius but paid it off early). In the future, we plan to keep buying cars with cash.

We’re still not great at keeping our food spending low, but we did spend all of last year focused on shaving off 20% of our food spending. We shop at Aldi, we food plan, and we continually monitor this area of our spending.

We eat out plenty, but we keep our total food spending (groceries and eating out) at about 8% of Mr. ThreeYear’s pay (not counting mine in there). The average US household, according to Value Penguin, spends about 10% of its income on food.

Since we have no monthly debt payments aside from our mortgage, we have more disposable income after we save for retirement, college, and emergencies. Sure, we could save a higher percentage of our incomes, but we’re saving around 40-45%, so we’re okay with that, and it will help us hit our goal of retiring in a decade when our youngest goes to college.

One of the things we spend a little more on is social and health. We have spent a lot more since we moved to be members of our swim and tennis club and have spent slightly more on entertainment like baseball games, concerts, and the like.

That’s the nice thing about getting your debt paid off and automating your savings. You can then spend what’s left over without feeling guilty (okay, honestly, I feel a little guilty every time I publish our spending reports, but, that’s my decision to put our spending up for judgement on the internet).

Okay, in a nutshell, spendy readers:

What are the ways you trick yourself into saving? Or are you naturally a saver?

8 thoughts on “The Non-Frugal Guide to FI”