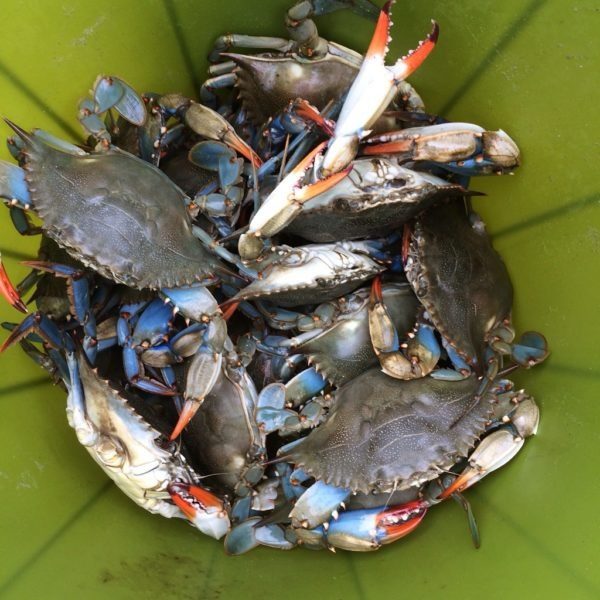 I had forgotten, or perhaps blocked, how hard it is to move houses. For several months I could barely keep a thought in my head. I ran around from place to place, trying to get everything done in order to move. Then, when our furniture and boxes arrived here, unpacking was the pits. Chaos reigned supreme for weeks. Apparently, a lack of order in your home causes spikes in the stress hormone cortisol for women (not men, for some reason). Let me assure you that is true with me. And pro tip, don’t take an eight-week intensive online master’s class in the same two months you’re moving. Bad idea.

2. It is possible to change your life.

There was a small part of me who thought that we would never be able to make our dreams of location independence come true. I know, I know, we’re not traveling around the world. We moved to one spot. But we moved to the spot we picked, close to the people we love, and we are now both work from home, which is a sugar-sweet set up that Mr. ThreeYear and I are loving. We looked into the future, which is inherently unpredictable, and did everything we could to change our setups, and it worked.

3. The best things in life are (still) family. 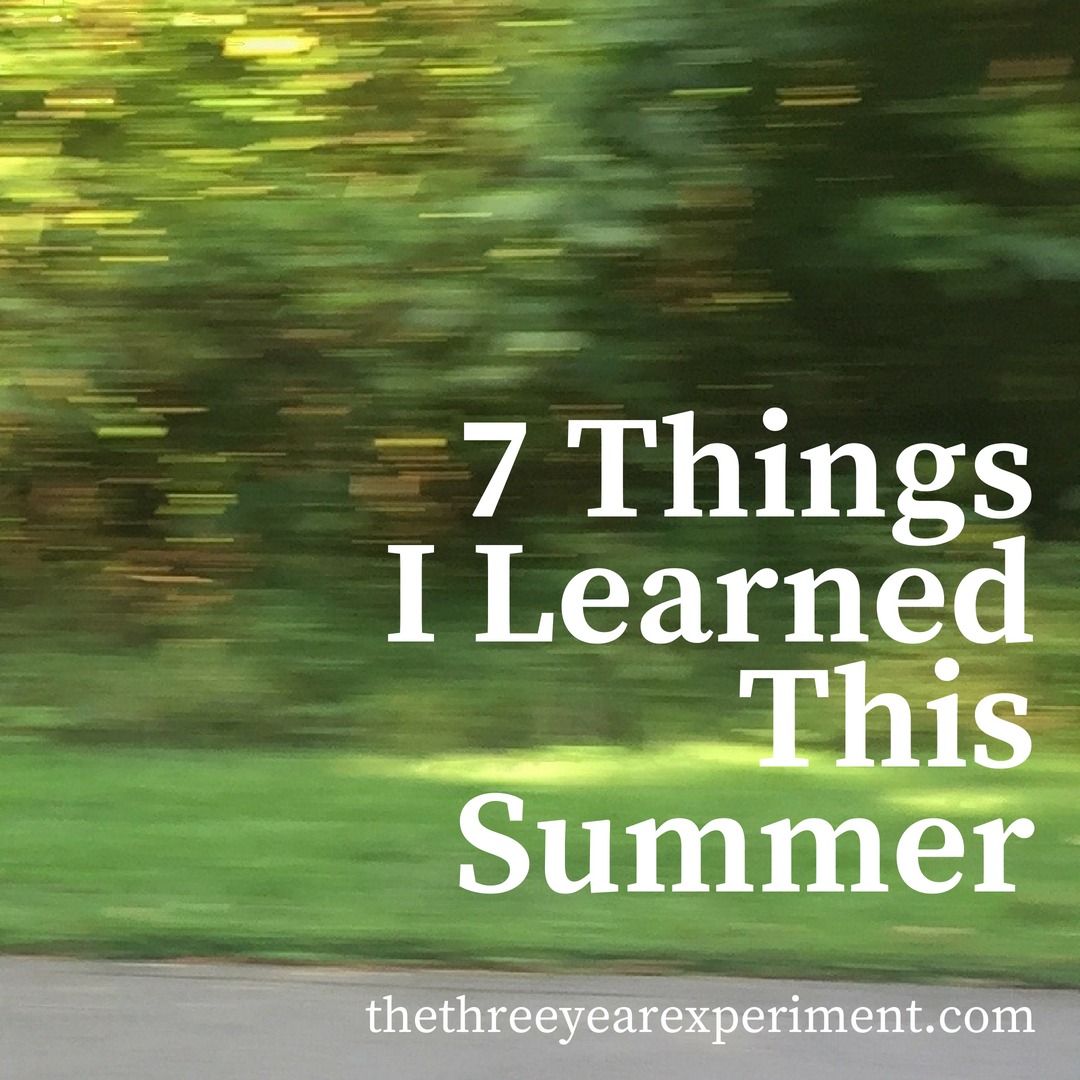 Being close to family has given us more self-esteem, more ease in who we are. There are people who like us despite our quirks, because of our quirks. We like them because of theirs. They’ll like us and love us forever; we already have their approval. We fit in somewhere. We’re important, very important, to a certain group of people.

4. Quitting alcohol has continued to be one of the best decisions I’ve ever made.

Dan Harris wrote a book called 10% Happier, about the power of meditation and its modest (but hugely important) effect on his happiness. I’d say that giving up alcohol has made me about 10% happier as well. I feel much better and have so much more energy at night. I still occasionally struggle with stomach issues, and I’ve started Whole30 this week in the hopes that I’ll figure out some more triggers, but they’re way better than they were.

If someone opens a really good bottle of wine, I’ll have two or three sips (that’s all I need to appreciate the smell and taste) but most often, I’ll just say “no thanks” and stick to my seltzer. I don’t wake up in the middle of the night with adrenaline spikes that wine used to give me. I don’t feel sluggish in the mornings (unless someone woke me up in the middle of the night). I don’t think about when I get to have an “adult beverage.”

It’s hard to put into words the benefits I’ve felt from giving up something that’s so imbedded into our culture. You definitely have to be a bit counter-culture to reject our society’s favorite drug (and if people ask, I just explain I gave it up for my health). I’m not advocating that everybody give up alcohol–I know that’s crazy talk! But the research is starting to catch up with what I think we’re all realizing–alcohol can be really bad for you. It’s addictive; it’s easy to drink too much of it. And it led me to the question that finally got me to quit for good, “If it makes me feel so bad, why am I doing it?” Read this post if you’re thinking of cutting it out, or even if you’re not. It’s so good.

5. Working two jobs was stressing me out in a major way.

I feel a bit like a crybaby pants when I complain about working. After all, I was working part time. But I was also parenting and managing school and activities for two kids with lots of school challenges, as well as various and sundry other activities (getting a master’s, training for half marathons, keeping up a blog, doing freelance writing). And I don’t really do things halfway. Not my style. So I was trying to help my ESL kids with challenges they were having, helping my kids with challenges, keeping house while Mr. ThreeYear traveled like a crazy person (because of work) and move to another state. I was doing the routine, doing what needed to be done, but not stopping to notice how I was frayed, and taking it out on those I loved (how many times did I yell in the mornings last year while getting the kids ready for school? Way too much to count).

School has been in session three days at this point and I’m waiting for the wave of relief to hit me: I. can. rest. now.

Accumulated stress apparently takes a while to leave the body. I think about writing and can’t handle it. We didn’t really get a vacation this summer (despite it being awesome) and my brain’s fried. It will get unfried. But I need to go slow for a bit.

6. I need people and I need alone time.

I am happiest when I have time with friends and time alone. Studies show that time feels like it goes by more slowly when we spend it with friends–that is, time doesn’t condense in on itself because we’re doing something monotonous, rather, time stretches out because we’re having new experiences with other people. I need time with others or I get grouchy. I also need plenty of time alone to process stuff. I love living in a neighborhood where I can walk outside and get my people fix, or walk or run with a friend, or take the kids to the pool and meet up with another mom.

And I love being able to retreat to my house and have quiet time. I’m an introverted extrovert, I guess. 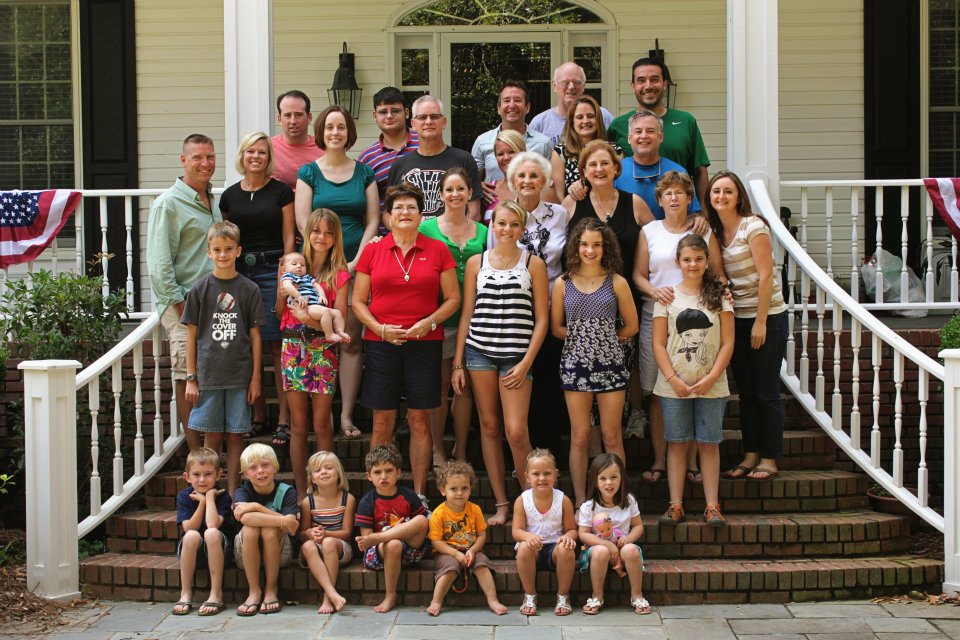 If you’re ever feeling smug about how smoothly your life is going, I urge you to move. Okay, not really. But when you move houses, you have to come up with hundreds if not thousands of new processes for everyday, mundane stuff (“Which light switch turns on the kitchen light?”/”Where do I hang my keys?”) and it wreaks havoc with your brain.

“If you want to organize your psyche, you could start by cleaning up your room,” says Jordan B. Peterson. The opposite is also true. If you want to throw your psyche into turmoil and confusion, move into a space where nothing has a place yet.

The anecdote to this brain overload, I’ve found this summer, is to radically simplify. We have to get good at the basics before we can add on anything else. My kids currently have no after school activities, are doing no sports, are taking no lessons. Mr. ThreeYear is working–no clubs, no sports, no meet-ups with friends. We’re getting our house set up, meeting neighbors, getting outside as much as possible, training our new puppy.

It’s hard to radically simplify, because I constantly feel like I. should. be. doing. more.

And then I have to tell myself, “Not yet. Not yet. Slow down. Get into a routine. Add activities to your schedule very, very slowly, and with infinite thought and care.”

My instinct is the opposite–to get the kids enrolled in something, anything, to join a club/group/sport myself, to get going. Part of my brain feels like a puppy pulling at the leash, while another (perhaps more mature) part is telling it, “Wait, wait. Not yet. A little more time, please.”

In our house, we’ve had to sell or give away the furniture that doesn’t fit. Which is hard, because a lot of it was very nice stuff that we waited a long time to purchase. But it doesn’t work here so we have to get rid of it. I almost always love the way my house feels when it contains less, rather than more. But it’s the same brain game that I have with adding stuff to our schedules. Part of me has a really hard time letting go of beautiful things.

In summary, this summer has been amazing. And it has been hard. It’s probably fair to say that it’s been amazing because we moved and we know that we’re paving the way for many future years of awesome living near our family, the beach, and close to an airport where we can fly to many fun travel destinations. But it’s been hard because we haven’t traveled or vacationed this summer, apart from about 4 days at the beach. We’re in transition and that’s a hard place to be. The lessons I’ve learned are ones I’ve learned before, and ones I’ll inevitably learn again.

I don’t feel a sense of mastery over anything because it’s all new. That’s okay, because that’s a learning place and will make me stronger, better, and more flexible in the end. But it’s definitely not my favorite place to be. That’s reality and where I am right now.

What about you? What lessons have you learned this summer?

8 thoughts on “7 Things I Learned This Summer”