June is here and with it, summer weather and summer eating! We love the beginning of fresh fruits and vegetables and the lighter meals we tend to eat during the summer months. There’s no air conditioning in most places in New Hampshire, our house included, so keeping our house cool is important. That means limited time using the stove and oven. 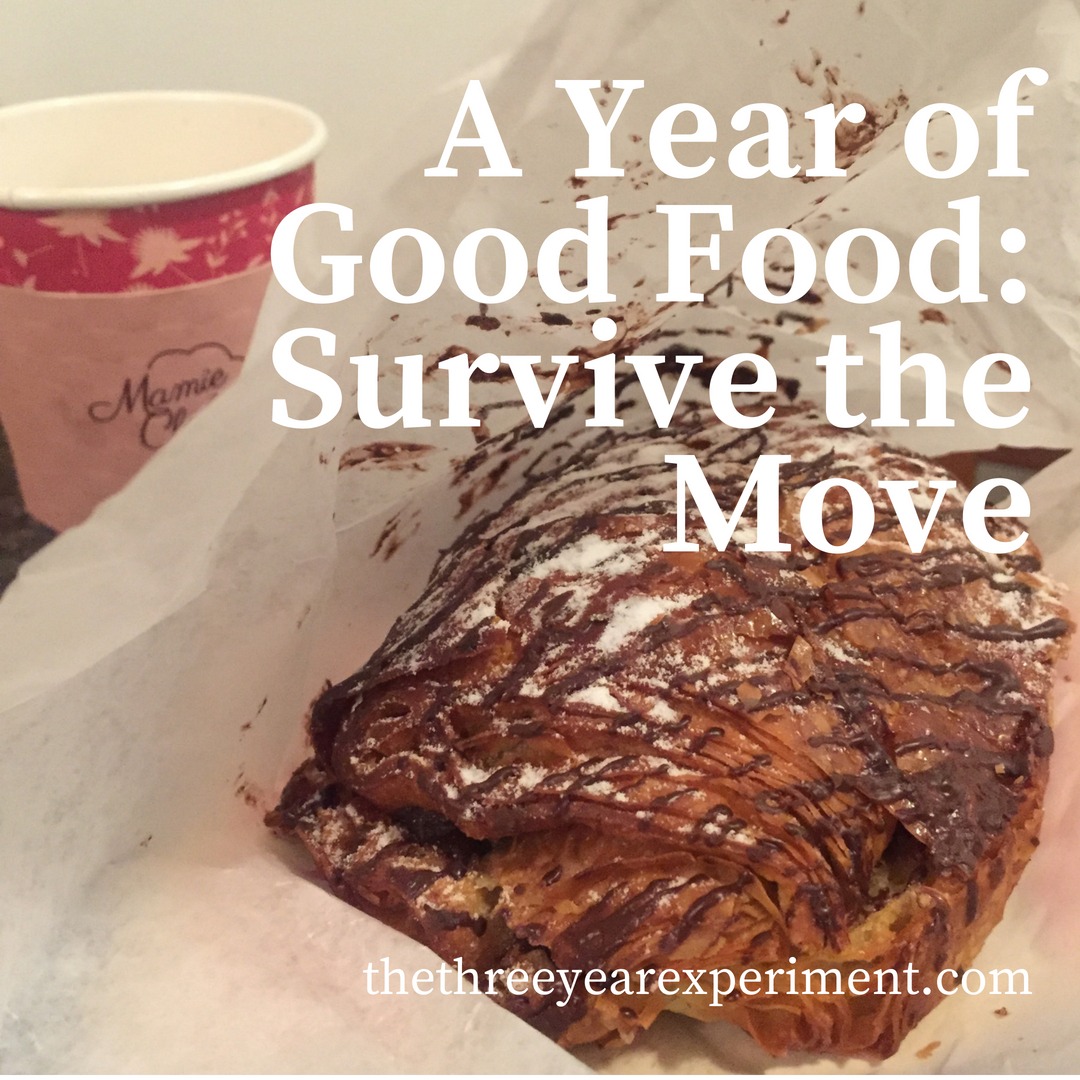 Each month, we’re trying out a new way to save money at the grocery store. Last month, we focused on shopping the perimeter of the store only. It meant we ate healthier. You may have read the news that we’re moving at the end of the month. That’s right; our dream of location independence is coming true.

Because of the move, there was zero planning for May’s food shopping. We went to the store when we could, didn’t use lists, didn’t meal plan, and generally just pieced our meals together as best we could. Despite the chaos, I’m happy to report that we spent $775.95 in May. Yes, I know that figure goes over our budget, but it only goes over $3.95, and believe me, we were spending left and right with no plan. Our house was on the market and we sold it this month. Plus, we had one visitor during the month of May and took two quick weekend trips, meaning our routine was even further skewed. So the fact that we were able to keep the spending down even while not really thinking about it makes me feel like we’re changing our underlying spending habits around groceries.

I’ve heard that moving is as stressful as getting a divorce or having a baby. While that might be a stretch, this month I’ve definitely let a lot of things go so I could focus what little mental energy I had on the important stuff: keeping the house spotless (all those house showings!). Seriously: packing lunches for the kids? Gone. School lunches every day for the past few weeks. Fast days? Eliminated after I left the stove on in my house for two hours while fasting. Dieting is obviously a safety hazard right now. Meal planning? Riiigghht. That was down there with weeding. Which I don’t have to do anymore because someone else will have that problem to deal with when they take over these massive gardens.

Our goal for the month was to shop the perimeter of the store. We definitely stuck to that as our shopping trips tended to be in and out with no list. It helped us eat relatively healthy although I had to make a canned goods run near the end of the month so we could get some beans and canned tomatoes.

This week, my friend came up from South Carolina to visit, so I actually cooked while she was here. I also made the prettiest cheese plate I’ve ever put together, thanks to Pinterest.

I went to our local grocery store (average inflation, 150%) so many times this month. I am really excited that I’ll be five minutes from an actual grocery store in the future should I need something quickly.

I took carpool for track practice this week and made the mistake of going to the Co-Op for all my groceries. They lasted me like 3 days and I spent more than usual.

I went to Hannaford twice because we had dinner guests and I needed more supplies. Mr. ThreeYear stocked up on more G&T (because moving’s stressful).

I think the one picture I took this month is of some naan I made when friends came over to eat:

Mr. ThreeYear started bringing home cabbage and fresh bread. The Co-Op is right by his office. (Cabbage? I know. He loves it).

This is also the week we took a short trip to Montreal. We ate plenty of delicious food there that fell outside of the normal food budget (but we did pack snacks for the drive!).

We spent a lot less at our weekly grocery trips, because we’ve been trying to eat the food we have at home. However, that means we run out to our local grocery store when we want more snack food or something yummy, because the fridge and cupboards are pretty empty. So I think I need to buy more snack food, especially given that we’re not really making a lot of meals and we’re being much more casual eaters right now, with all the uproar with our routine and the change in seasons too.

This month, we are moving out of our house and road tripping down to North Carolina to move into our new house. My goal is to survive the month. We’re going to try and eat as much of the food in our freezer and pantry as we can, but we’re keeping our expectations low. I’m going to try and do better about meal planning and lists, now that I have some more mental energy back after we know when we’re moving and where we’re headed, but I also know that we’ve got so much to do this month that I’ll really be in survival mode.

Happy June! Hope you’re having a great month so far.

10 thoughts on “A Year of Good Food: Survive the Move”