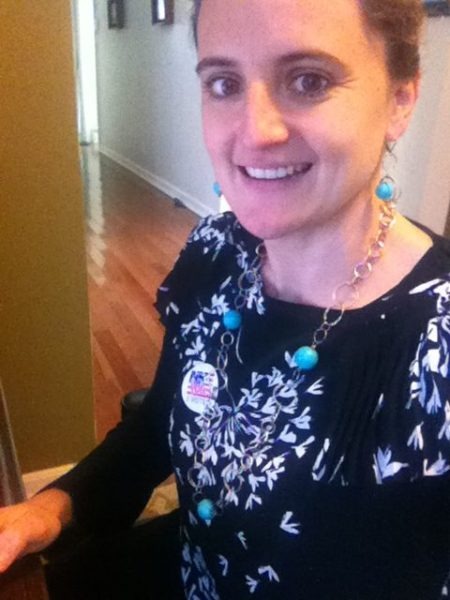 Yesterday was my blog’s two-year anniversary. Last year my anniversary slipped by, unnoticed, but this year, as I’m just back from FinCon, the financial bloggers’ conference, I’ve been more introspective.

When I started my blog, at first, I posted about once a month. I was scared, frankly. I didn’t know what I was doing and sent the poor guys at Squidix, my web host, emails about every other day because the back end stuff was over my head.

And honestly, I wasn’t sure that my plan, the one I’d announced so grandiosely but still felt so tentative about, would really work.

I mean, location independence? What did that even mean?

I puttered on with my monthly posts for a while, and then, in January 2017, I had the profound good fortune to meet up with Liz of the Frugalwoods blog. She is, in person, just like she is on the blog. Frugal, of course (we met up in a local library after Littlewoods had a playgroup and ate our brown bag lunches together), but also down-to-earth, approachable, and nice. She’s also really good at blogging. Not in the “make a bunch of affiliate income” way, but in the “setting goals and creating an engaged audience” kind of way.

She asked me a bunch of insightful questions that got me thinking, such as “What do you want out of your blog?” and gave me specific ways to get my message out and increase the number of people I reached.

I began posting twice, and then three times, each week. My message, and our plan, began to take shape.

The Joy of Singing

Let me take a detour for a minute, if I may. Back in 2008, when I lived in Atlanta, I auditioned for and became a backup singer in a band. It wasn’t quite as exciting as it sounds–it was my church band and we sang in one of those contemporary services that has drums and electric guitars.

But, I loved it. I cannot tell you how much I loved it. I was, to paint the picture, a new mom. A completely overwhelmed, stay-at-home mother who had no idea what to do with all her energy and drive and need, because it certainly wasn’t going into keeping the house clean. I had a needy, delightful, completely-absorbing bebe who I spent 24/7 with. Changing diapers, feeding, taking on walks, doing laundry, getting a few hours’ sleep, doing it all again.

Mr. ThreeYear was in the middle of major job insecurity, and was incredibly stressed. I was trying as hard as I could to be an emotional rock for all the people in my life, while I was probably battling some postpartum depression myself, as well as the majorly-difficult transition to stay-at-home-mom.

So getting up on stage and getting to sing, something that I was pretty good at, became a balm for my soul. I wasn’t just a mom, or a wife, or a bad housekeeper. I was an integral part of this band, someone who, in a very real way, made the band better.

When we moved to New Hampshire, I lost that. Sure, I sang a few solos at my new church, but there was no contemporary service and no band, so it wasn’t quite the same. Gradually, I stopped singing altogether.

The Joy of Writing

When I started the blog, I realized something. I realized that it was a new balm for my soul. My days were so much more fulfilling when I woke up and wrote in the mornings.

There was something about getting my crazy monkey-brain thoughts out into a semi-cohesive post that helped me feel better.

Something about people agreeing with or challenging my thoughts, knowing that our crazy plan was actually in motion, that filled me with satisfaction. With contentment.

Two years of blogging has produced some of my favorite posts.

And everyone else I’ve inevitably forgotten at this early hour.

Plus all the amazing commenters. You’ve kept me going and given me renewed enthusiasm for what I’m doing. I’m profoundly grateful for you and for all of your thoughts, time, and attention to this blog.

It’s connected me to you, all the people who’ve read my disjointed and sometimes halting thoughts and conclusions.

And, somehow, impossibly, this blog is responsible for our location independence. It was the seed that was planted in both of our minds, helping us realize that we could live life in a way that would be better for our kids and for us.

So thank you so much for reading, because, in the lyrics of Violeta Parra,

“I give thanks for a life that has given me so much,

it has given me laughter and given me tears,

with which I distinguish happiness and pain,

the two substances that form my song, and

your song that is my same song,

and the song of us all that is my own song.”

15 thoughts on “Two Years of Blogging”