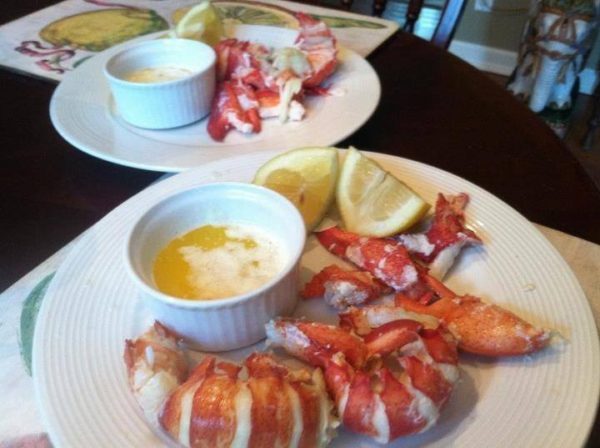 I have a friend who is amazing in so many ways. She is giving, has co-funded charities that help refugees, and is so excited about life she never stops participating in cool events in our area. She has family who lives internationally so she and her family travel a lot. But she is terrified of budgeting. She and I have made dates to sit down and look at her budget but she keeps cancelling—she can’t bring herself to do it. She is afraid that if she puts the numbers to paper that she will be forced to stop doing something she likes—travel, supporting charities, enjoying local entertainment. 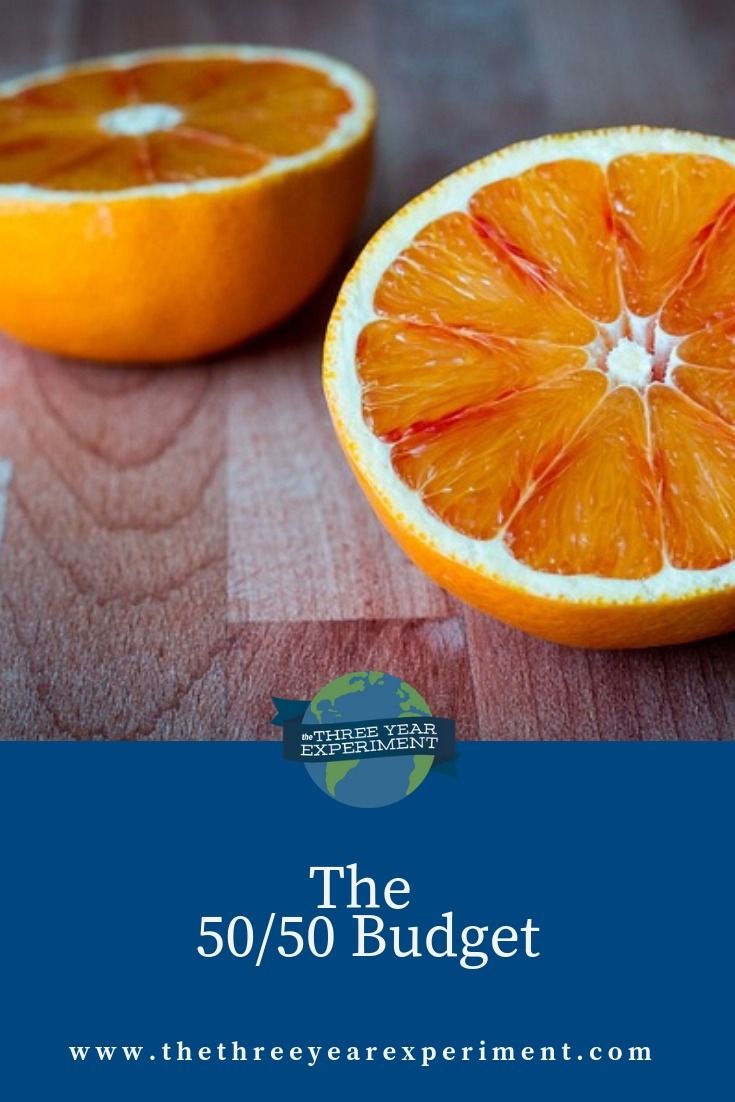 She’s not alone. While I have come to like budgeting and the freedom it has won our family over the years, a lot of people see a budget as boundaries or limits on their money and their time.

Here’s the thing: if you’re not sitting down and formally writing a budget, you’re still budgeting.

The truth is, we all show the world what’s important to us by how we spend our money. Month-after-month, we habitually vote for our priorities with our dollars. We may not realize what our priorities really are, until we take a good look at what we’re spending on.

If you’re spending everything you have (and maybe more than you have) on today, you’re essentially saying, “Middle finger, future self. Good luck out there. It’s a cruel world when you’re old and poor.  But my young, energetic self wants stuff. So…sorry!” Maybe that sounds harsh. But it’s true. If you tell yourself, “I’ve worked hard. I deserve this. I’ll buy it for myself, because who knows what tomorrow could bring?” you’re allowing yourself to say “yes” to now and “no” to tomorrow.

When we say “yes” to one thing, we’re saying “no” to another, even if we don’t realize it.

The Tale of Two Grandfathers

My two grandfathers were both wonderful people, who had crowds show up at their funerals and laud them. Both helped so many people over their lifetimes, in different ways. But one died rich, leaving my one grandmother millions of dollars in the bank, a tidy pension, and economic security. The other died poor, leaving my other grandmother no more than a small Social Security check.

The irony is, my rich grandfather never finished college. He worked his way up through the ranks of a utility company, making very little in the beginning of his career, but always saving at least 25%. He invested heavily in his future self—one of his goals was to amass $1 million in his company stock, which he could buy at a discount, by the time he retired. While he was very frugal during his youth (many would say too frugal), he grew more and more generous as the years passed, giving to his family and sharing his carefully-amassed wealth.

My poor grandfather also worked very hard, returning to college in his 30s and finishing medical school. Once he started making a large doctor’s salary, however, he felt the need to reward his present self and totally forgot about his future self and his dependents. He spent everything he made on depreciable assets like cars and clothes. He bought several beach vacation homes then sold them, losing money each time. He made big charity contributions in his youth but as he got older wasn’t able to give anymore. When my parents were in high school, my grandfathers lived next door to each other. My rich grandfather bought a comfortable ranch, and my poor grandfather lived next door in a large two-story house with a tennis court.

While my rich grandfather retired relatively early, in his 60s, my poor grandfather had to work until he was 80 because he needed the salary.

Despite my rich grandfather’s smaller salary, he developed the self-discipline early on to spend a little less on his present self and invest small amounts in his future self. Because he did that, steadily and consistently, for decades, those small saved amounts, because of interest, turned into millions.

A budget is a way to develop self-discipline to find small bits of money to save. It’s amazing what awareness can bring you. As I’ve talked about previously, just by tracking my family’s spending over two years, we subconsciously decreased our spending by over $10,000!

When you track what you spend, you can see where you’re habitually spending money that doesn’t line up with the things you value, and you can change that. Once you track what you spend, then a budget can help you make small adjustments. For example, this year, after looking at some other bloggers’ online budgets, I realized that we were paying more than we needed for high-speed internet. I called and was able to save us $30 per month.

Even after eight years of budgeting, I still fail at it each month. I am a born spender, and an optimist, so I habitually under-budget and over-spend. I’ve gotten much better at my spend-thriftiness, but I still fail a lot. Even so, the budget keeps us honest, and helps us identify our priorities each month.

While we still track for each month using an online tool called Mvelopes  with YNAB, I’ve started using what I like to call the 50/50 budget. Ideally, we’d love to get our spending down to 50% of our take-home pay. This is a big goal, I realize, but we’ve set up our budget to reflect that goal. We’re paid twice-monthly, as many people are, so with the first paycheck, we pay our fixed expenses, the expenses we’ll most likely always have, such as housing, food, and transportation:

With the second paycheck, we pay for everything else. These are all our flexible expenditures, things we could get rid of if we had to:

And, of course, savings.

Setting up our budget this way gives me a clear picture of where we could be saving more. Anything in the flexible expenditures category should be, by definition, flexible. So this challenges me to get this half of spending as low as possible, to get our savings as high as possible.

Now, this budgeting system doesn’t take into account my favorite savings method, which is to automatically max out your 401K before your take-home pay even hits your bank account. But it does make what can be an overwhelming task a bit easier. It gives me a visual benchmark—50% of take-home pay on fixed expenses.

How Do I Start?

If you’d like to start a budget, but you don’t know how, I recommend the following steps. First, start tracking your spending. There are many great online tools you can use, like Personal Capital, which is free. We use YNAB, which costs $5 per month. Link your bank accounts (the sites are very secure) and the site will automatically categorize your spending (you can manually make edits and add spending categories). These sites also track how much you bring in, so you can see at a glance if you’re spending more than you’re earning!

You can also use the old standby, an Excel spreadsheet. When I started budgeting, I went to my online banking site (we exclusively used debit cards at the time) and manually added up spending in each category. It took a long time, and some of it was scary (we spent how much on eating out last month?!) but it was empowering. Knowledge truly is power. I recommend that you just track your spending for three months (this can also be retroactive if you’re in a hurry to get started) so that you can get a baseline for your spending patterns.

One of the categories you need to account for are your irregular, periodic expenses, such as auto and home insurance, yearly dues, a Skype number, Amazon Prime membership, Christmas gifts, or whatever other expenses that crop up periodically. Those are expenses I account for in my monthly budget, saving the monthly amount equivalent to what I’ll need to spend when the expense becomes due. For example, I save $60 per month for auto insurance, and then, when my bill arrives every six months, I have enough set aside to pay for it.

No, I’m Not Going to Do That. How Do I Really Start?

Ok, if you’re like my friend, and terrified to begin tracking, may I suggest just starting to use your first paycheck, if you’re paid biweekly, to pay for your fixed expenses? You may not be in a situation where you can do this, but if you can, set aside the money in the first paycheck to pay for mortgage or rent, groceries (take out a set amount of cash and use that when you go to the store), gas, and the electricity and propane bill.

Then, use the second paycheck to pay for everything else—car payments, internet, cell phone, cable or Hulu, gifts, haircuts, etc. This is an easy way to get yourself to budget without actually committing numbers to paper. It’s a baby step toward awareness, and with awareness comes change.

The Psychology of Budgeting

Personal finance is 90% mental, right? A lot of our spending is engrained behavior, believe it or not. So if we can create habits that help us think of ourselves differently (read this fantastic article for more background) and trust ourselves to be more careful with our Benjamins, then we will live up to those expectations. The biggest thing to remember is, don’t give up! We all try and fail, but we need to just try again. If we’re after changing lifelong behaviors, it’s going to take a while!

I’d love to hear how you budget and what pitfalls you have!